World Kindness Day: These 10 stories of compassion will melt your heart

World Kindness Day: These 10 stories of compassion will melt your heart 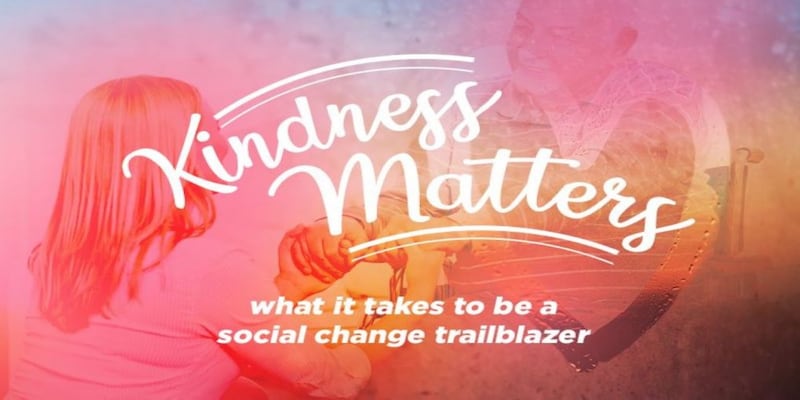 Sometimes small gestures by strangers like lending a helping hand or celebrating a birthday can touch our hearts and renew our faith in humanity. Here are a few such instances

Here are 10 stories on incredible acts of kindness and selflessness that one can take inspiration from.
A family’s food angel
A woman going through a divorce was worried about feeding her children. It was during this time that she started finding boxes of food outside her house every morning. This act went on till she was able to find a job. The family never found out who left the groceries that saved their lives.
Brothers help out
Online comedian Carlos Davis and his brother offered to help a woman who was paying for her petrol in pennies at a gas station. After Davis covered the expenses, the woman burst into tears, telling them that she had lost her husband a week earlier. When asked how she would repay them, the brothers told the woman to repay with another kind deed for someone else. A video shared by Davis of their interaction with the woman on Twitter in October 2018 became immensely popular on social media.
ALSO READ: World Environmental Health Day 2022: All you need to know
Act of solidarity
Nine-year-old Marlee Pack had to undergo chemotherapy after she was diagnosed with alveolar rhabdomyosarcoma, a rare form of soft tissue cancer, in 2015. When it was finally time for her to get back to school, Pack was worried that she would be the only one with a shaved head.
To show that she was not alone in this, her friend Cameron McLaughlin shaved her head too in solidarity. Following the act of kindness, 80 students and some teachers at Meridian Elementary School in Broomfield, Colorado also shaved their heads in an event called “Be Bold, Be Brave, Go Bald”. They raised over $25,000 for a cancer research organisation called St Baldrick’s Foundation.
Honouring a veteran
RAF war veteran Harold Jellicoe Percival, who served in the Second World War, passed away in 2013 at a nursing home. Since he was a single man, he had no family members to attend the funeral ceremony. A notice was placed by the undertakers in a Lancashire newspaper, requesting people to attend the service in honour of the veteran. As many as 200 people attended the ceremony to pay their respects to Percival.
Exemplary sportsmanship
New Zealand’s Nikki Hamblin and America’s Abbey D’Agostino were two athletes competing in the 2016 Rio Olympics. At the qualifying heat for the 5,000-metre race, Hamblin fell over and accidentally tripped D’Agostino, who sustained a foot injury. Despite being competitors, Hamblin helped D’Agostino complete the race after the fall. Both athletes were awarded for their acts of “selflessness and exemplary sportsmanship”.
ALSO READ:   World Rose Day Welfare of Cancer Patients — History and significance
“You made my day”
In 2020, when India announced a lockdown to curb the spread of COVID-19 infection, a number of people, especially senior citizens, were cut off from family and friends. One such elderly resident of Panchkula in Haryana, Karan Puri, was suddenly visited by the police in April of that year. When Puri identified himself, the police officers sang “Happy Birthday to You” to the tearful man. The officers brought him a birthday cake as well. “You made my day,” Puri is heard saying in the heart-warming video that melted the hearts of people across the country who lauded the officers for the thoughtful gesture.

Baba Ka Dhaba
During the pandemic, many street vendors were adversely affected due to the lack of business. A video of one such vendor, 80-year-old Kanta Prasad, was shared by a food blogger on Instagram in October 2020. Prasad and his wife, Badami Devi, ran their food stall, Baba Ka Dhaba, since 1990 in south Delhi's Malviya Nagar. When blogger Gaurav Wasan visited him and asked how much he earned, Prasad said “very little” and broke down.
As soon as the blogger shared the video, it went viral and people gathered at the small eatery to help the elderly couple. The couple received funds from all over the world. For some time, Prasad and Wasan fell out on allegations of misappropriating funds. However, the two reconciled their differences later and Prasad went on to open a restaurant.
The dancing doctor
Doctor Arup Senapati was on duty in Assam in April 2020 during the pandemic. It was during his stressful hours at the hospital that Senapati came up with a unique way of motivating himself, his patients and other frontline workers – dancing.
A video of the doctor doing an impromptu dance in October was filmed by his colleague and circulated. The video went viral. Senapati was also praised by Bollywood star Hrithik Roshan.
ALSO READ: World Coconut Day: History, significance and uses of the versatile fruit
A friend for life
When a woman on Mumbai local train saw a lady in her compartment struggling to find a ticket or money to replace it, she offered to help. After the incident, the two went their way. However, a few days later the woman met the same lady at the market and she wanted to repay her for the ticket. The two ended up having coffee together and being friends for life.
Celebrities in the act
In 2015, cancer patient Mateo from Uruguay was told he would be consulting a doctor from Spain when he arrived at the Perez Scremini Foundation. After talking to a ‘Dr Federico Gonzalez’ online for some time without the screen showing the medic, Mateo met his idol – Barcelona striker Luiz Suarez.
Check out our in-depth Market Coverage, Business News & get real-time Stock Market Updates on CNBC-TV18. Also, Watch our channels CNBC-TV18, CNBC Awaaz and CNBC Bajar Live on-the-go!