Who are the Bidens in India and are they related to US President-elect Joe Biden?

Updated : December 13, 2020 08:01 PM IST
After over two decades, Joe Biden recounted that he had received a letter from a person with Biden as his last name from Mumbai.
During his visit to India in 2013, the President-elect had said, "There are five Bidens in Mumbai, India," and spoke of the letter he received in 1981.

US President-elect Joe Biden during his maiden visit to India in 2013 had mentioned his distant relatives living in Mumbai. A couple of years later, he reiterated that there were five Bidens living in Mumbai, whom he was related to. Now that 77-year-old Democrat leader is set to take oath as the 46th US President in January 2021, his Indian origin has piqued interest in who the Bidens in India are and why have they not come forward so far to confirm the President-elect's statement.

CNBC-TV18 spoke to the Bidens in Nagpur and Mumbai to find out whether are not they are related to Joe Biden and what was their correspondence with the then Senator.

Who are the Bidens in India?

Ian Biden, his sister Sonia Francis nee Biden, and their mother Angelina Biden are based in Nagpur. So is Ian and Sonia's first cousin Rowena Biden. Ian said that a letter written by his paternal grandfather Leslie Biden to Senator Joe Biden in 1981 discussed ancestors John Biden and his wife Anne Beaumont who were married in 1781. CNBC-TV18 has a copy of the letter but is not publishing it on request. Leslie Biden along with his brother Arthur and his family in Surrey England. (Image: Biden family) Charles and Edith had two sons. Leslie Biden and Arthur Biden. Leslie was the person who had written to Joe Biden in April 1981, and he received a response. two weeks later. Ian said, "Our grandfather Leslie Biden discovered the name of Joe Biden in the Illustrated Weekly of India, Vol CII Mar 28/April 4, 1981 edition 'American Expertise'. Joe Biden was a member of the US Senate at the time. Leslie wrote to Joe Biden where he discussed the Biden family tree. He received a reply from Joe Biden and they shared information regarding a common ancestor named John Biden (mentioned above) and his wife Anne Beaumont, who was of French origin."

Both thanked each other for corresponding and promised to stay in touch. However, Leslie's health deteriorated and he passed away in 1983, after which his wife Genevieve did not pursue any correspondence with the Senator.

When Joe Biden too replied, he seemed happy to have received a letter and discussed the Bidens coming to India.

After over two decades, Joe Biden recounted that he had received a letter from a person with Biden as his last name from Mumbai. It was then that he learned of his "great, great, great, great, great grandfather" had worked for the East India Company. 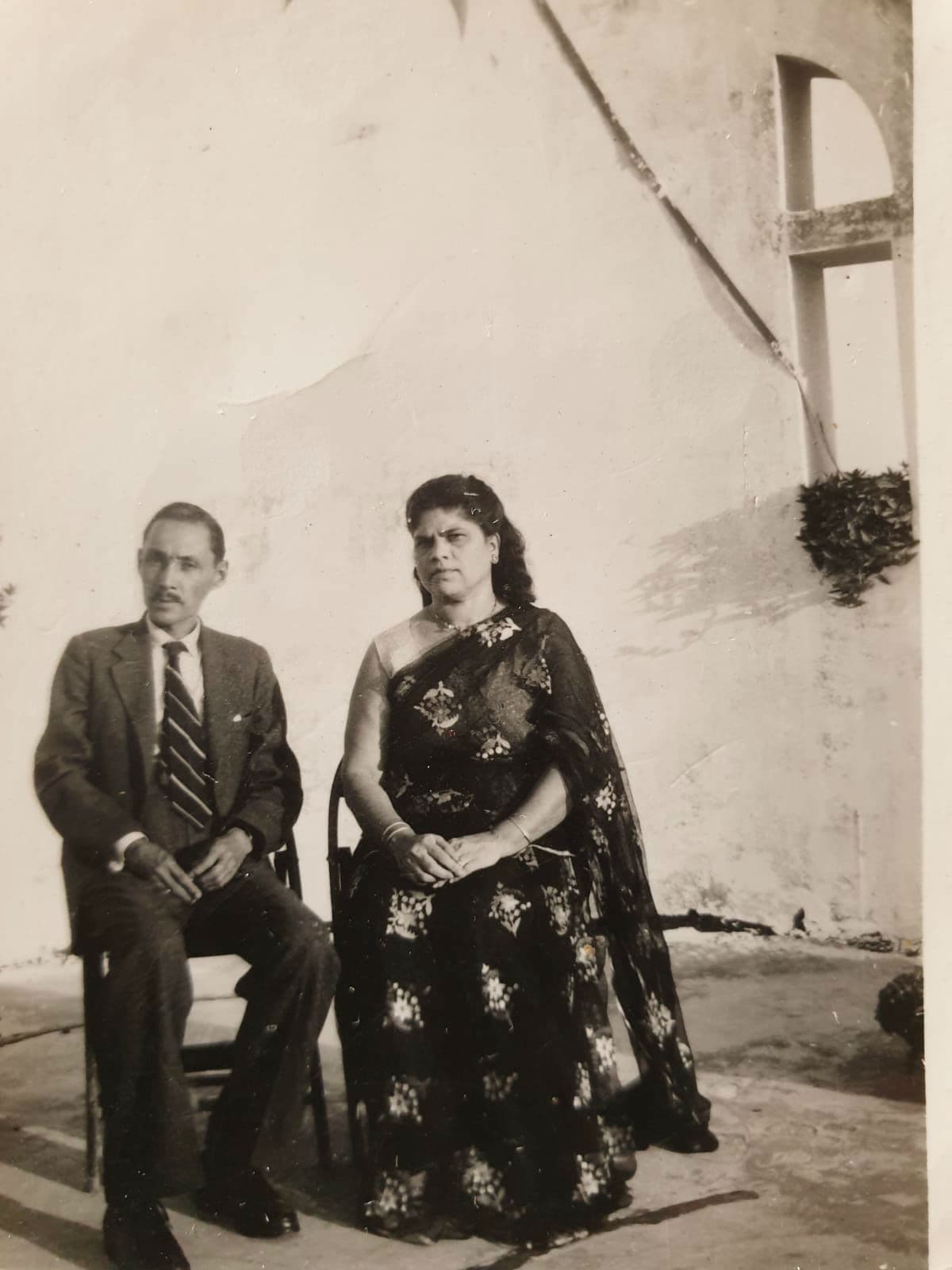 Why is there confusion about Leslie Biden being from Mumbai?

Leslie Biden, who was the manager of Bharat Lodge and Hostel, Nagpur, and owner of the famous Palace Cafe back in the day, had visited his daughter in (then) Bombay and had posted the letter to Joe Biden from there. Since the letter bore the Bombay address, Joe Biden had believed that the Bidens were in Bombay. However, Leslie had mentioned his Nagpur address in that letter and Joe Biden had replied on that address.

During his visit to India in 2013, the President-elect had said, "There are five Bidens in Mumbai, India," and spoke of the letter he received in 1981.

What do the Bidens in India have to say?

"We have been silent so far as we did not want to come to the limelight. Moreover, there were reports in the media where facts were distorted. Although we may be connected through our ancestry, each one of us has a rich background of our own," said Sonia, one of the 14th grandchild of the late Leslie Biden, who could be connected to the president-elect through their mutual great, great, great, great, great grandfather.

"We are blessed that our ancestors settled down in India (Chennai, Hyderabad, Pune and Nagpur). We are proud to be Indians," said  Ian, seconded by Sonia and Rowena.

On Joe Biden, they said, "We have no claims and we make none. We just want to share accurate information."

Is Joe Biden related to the Bidens in India?

"Although we know our family tree and our grandfather's letter to Joe Biden, we are not claiming that we are related to the president-elect. Moreover, we have relatives who are across the world including India, UK, New Zealand, Australia and the US, we are not sure if we all share the same ancestry to that of Joe Biden," said Ian. The Biden's from India and abroad in Nagpur attend a family wedding. (Image: The Biden family)

"As of now, we are four cousins and our children who share the Biden surname," he added.

When asked if the Bidens from India or around the world planned to visit the US for Joe Biden's inauguration in January, they said, "One of the primary reasons we are speaking today is because multiple media reports have suggested things that we never said. We spoke within the family and wanted to set the record straight. As far as going to the US for the inauguration is concerned, our heartfelt wishes are with him."
Tags 2020 US presidential election joe biden nagpur