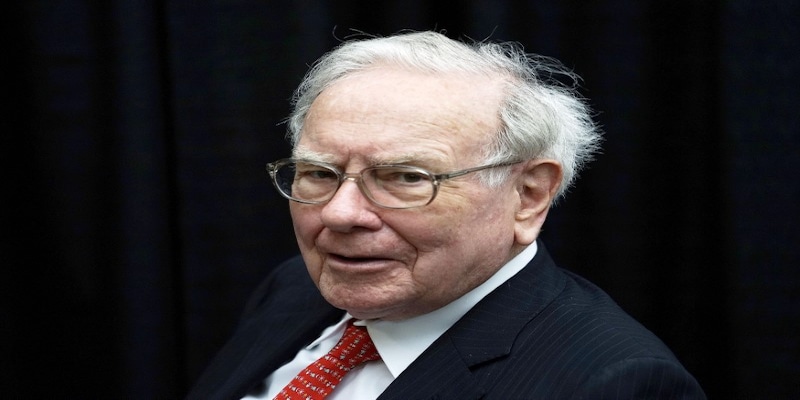 Warren Buffett shared biggest Berkshire Hathaway's investment with its shareholders at the company's recent annual meeting. He informed about investing heavily in Chevron, Occidental Petroleum, and HP Inc. during the quarter while picking up nearly 4 million more Apple shares and betting that Microsoft's acquisition of Activision Blizzard will go through.

Warren Buffett's company on Monday revealed all the investment moves it made in the first quarter when it spent more than $51 billion on stocks.

But Buffett had already shared the biggest investments with Berkshire Hathaway shareholders at the company's recent annual meeting. That means investors already knew that he had invested heavily in Chevron, Occidental Petroleum, and HP Inc. during the quarter while picking up nearly 4 million more Apple shares and betting that Microsoft's acquisition of Activision Blizzard will go through.
But Monday's Securities and Exchange Commission filing also revealed new stakes in Citigroup, Ally Financial, media company Paramount Global, insurer Markel, chemical maker Celanese Corp., and pharmaceutical distributor McKesson Corp.
Berkshire also added 2 million General Motors shares to give it 62 million shares of the automaker during a quarter when its cash pile shrank to $106 billion from $147 billion because of all of its stock purchases.
The filing Berkshire submitted Monday doesn't make clear which moves Buffett made and which investments were made by Berkshire's two other investment managers. But Buffett typically handles all the company's larger investments worth more than $1 billion, such as Berkshire's stakes in Apple, Bank of America, and Coca-Cola. Buffett and other Berkshire officials don't comment on these quarterly stock filings.
Recent SEC filings showed that Berkshire continued buying Occidental Petroleum shares after the first quarter ended and it now holds more than 15 percent of the oil producer's stock. In addition to all the new investments, Berkshire did sell off nearly $10 billion in stocks, including trimming its holdings in grocer Kroger and Verizon Communications and eliminating investments in drugmakers Abbvie and Bristol Myers Squibb.
Besides investments, Berkshire owns an eclectic assortment of more than 90 companies, including BNSF railroad, several major utilities, Geico and other insurers, and an assortment of manufacturing and retail companies.
Check out our in-depth Market Coverage, Business News & get real-time Stock Market Updates on CNBC-TV18. Also, Watch our channels CNBC-TV18, CNBC Awaaz and CNBC Bajar Live on-the-go!