US Midterm Elections: Here's a look at the key Senate battles

US Midterm Elections: Here's a look at the key Senate battles 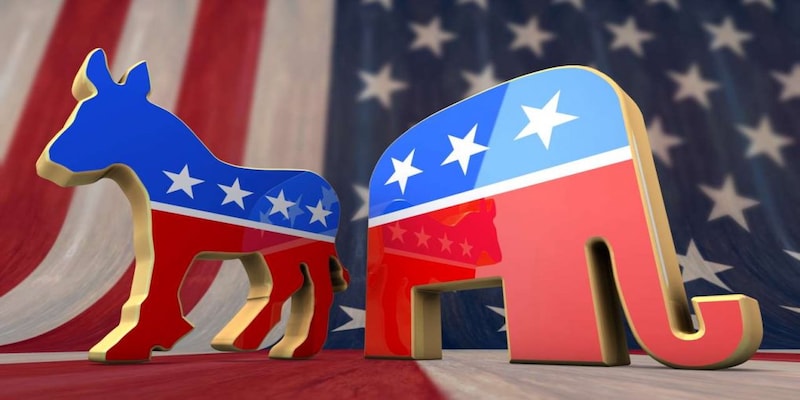 On November 8, dubbed Super Tuesday, a third of the and all of the House of Representatives, 435 members, will contest the elections. Currently, the Democrats hold a 220-212 majority in the House (three seats are vacant), while they hold 48 seats in the 100-member senate. With support from two independents, and the tiebreaking vote of US Vice President Kamala Harris, the Democrats have a tenuous grip on the Senate. However, a Red Wave is predicted wash all this away.

The Democrats currently have unified control over the US government — the White House and the Congress — if only by a whisker. The Democrats are in the majority in the Senate on a 50-50 split — they won 48 seats in 2020 and have the support of two independents. In case of a tie, the Vice President of the United States casts the tiebreaker, giving the Democrats a simple majority.

In the 435-strong House of Representatives, the Democrats hold an eight-seat majority at 220-212, with three seats vacant.

And on Super Tuesday, the Democrats are widely predicted to lose this tenuous hold on the Congress due to a combination factors — President JOe Biden's plummeting approval rating, the Democrats waiting too long to pass populist measures that could have won them some support on the right, and Donald Trump. The former president is still force to reckon with in the Republican Party and is the presumptive nominee for the 2024 Presidential Election. His supporters could turn out in droves and push the Democrats out of power.

Also, historically, no US President has managed to help his party retain control in the midterms since John F Kennedy in 1962 — exactly 60 years ago.

Also read: Explained | US Midterm Elections — how they work and why Joe Biden is worried

There are 34 Senate races this year, of which the Republicans hope to retain their seats in Alabama and Idaho, while the Democrats are likely to win in California and New York.

To gain control of the Senate, all the Republican Party must do is retain its seats and add at least one from the swing states — Nevada, Arizona, Colorado, and Georgia and New Hampshire. On the other hand, the Democratic Party will try to grow its majority to ensure that it does not have to depend on two of its most conservative members — West Virginia’s Joe Manchin and Arizona’s Kyrsten Sinema.

Here’s a look at some of the key battles in the midterms:

Former police chief of Orlando Val Demings is looking to unseat Republican Senator Marco Rubio in Florida. In recent years, Republicans have won through narrow margins in the state.

Following Hurricane Ian, Demings slammed Rubio for saying he would object to relief aid if the government adds funds unrelated to the storm.

On the other hand, Demings has been portrayed as one toeing the Democratic party leadership stance.

This is touted to be one of the most closely watched contests in which Donald Trump-backed Republican Mehmet Oz (Dr Oz), a physician and TV personality, is pitted against Democratic lieutenan- governor John Fetterman. The two are looking to replace retiring moderate Republican Pat Toomey.

Oz has accused Fetterman of being soft on crime and also raised doubts about Fetterman’s health as he recovers from a May stroke.

On the other hand, Fetterman has questioned Oz’s ties to Pennsylvania, stressing that he hails from New Jersey before moving in 2020.

Warnock is looking to win a full term in the state after his special-election victory in 2021.

Mired in controversy, Walker recently revealed he had more children than previously acknowledged. He was also accused by an ex-girlfriend of paying for her abortion in 2009 while he now opposes abortion.

Trump-backed J.D. Vance will battle it out with Democrat Tim Ryan — who currently represents Ohio's 17th district in the House of Representatives — in the tight Senate race in Ohio. Both candidates are looking to win the seat vacated by retiring Republican Rob Portman. Ryan has focused on economic issues in the campaigns and accused Vance of his stance on abortion.

Vance has portrayed himself as a “conservative outsider” showcasing his Ohio upbringing and humble beginnings in his bestselling memoir, Hillbilly Elegy. He has accused Ryan of being an extension of President Joe Biden and Democratic House Speaker Nancy Pelosi.