In a first, UNSC Counter-Terrorism Committee meets in Mumbai — What's on agenda

In a first, UNSC Counter-Terrorism Committee meets in Mumbai — What's on agenda 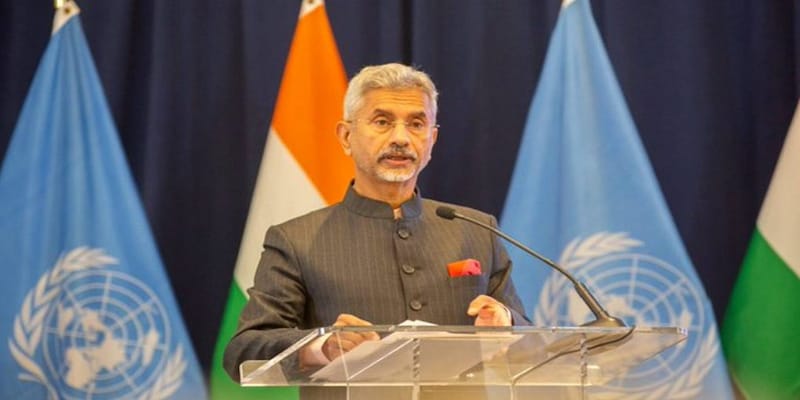 The two-day UNSC's Counter-Terrorism Committee (CTC) meeting began on Friday at Mumbai's Hotel Taj Palace. This is the first time such a meeting of the UNSC-CTC is being held in India. The meeting focuses on "new and emerging technologies" to counter-terrorism.

As part of the meeting, the Counter-Terrorism Committee will hear from experts on countering the financing of terrorism in the local and regional context, External Affairs Minister S Jaishankar said during the "Soft opening session".

The iconic horseshoe in Mumbai.

What else will be the focus of the key UNSC Counter-Terrorism Committee meeting? Read here:
compliance with international human rights law", the concept note read.
ALSO READ | UNSC Counter-Terrorism Committee meet in India: All you need to know
About UNSC-CTC meet
The United Nations Security Council’s Counter-Terrorism Committee (CTC) is meeting in India for the first time. The theme of the meeting is ‘Countering the use of new and emerging technologies for terrorist purposes.
Apart from British Foreign Secretary James Cleverly, Foreign Secretaries of Gabon and Ghana and junior foreign ministers from UAE and Albania are attending the meeting. The delegation is being be led by Vladimir Voronkov, Under Secretary General, UN Office for Counter Terrorism.
The meeting is open to the wider United Nations membership and other relevant stakeholders — including partner United Nations counter-terrorism bodies; representatives of international, regional and sub-regional organizations; members of the Global Research Network (GRN); civil society organizations (CSOs); private-sector entities, and the media.
'Bring perpetrators of terrorism to justice'
Highlighting the need for bringing "the perpetrators of terrorism to justice", Jaishankar noted that the key conspirators and planners of the 26/11 attacks continue to remain protected.

Delivered the Inaugural Address at the ‘Informal briefing on combating terrorism financing in local and regional contexts’. pic.twitter.com/HNQPDYoi9h

"When it comes to proscribing some of these terrorists, the Security Council has regrettably been unable to act in some cases because of political considerations. This undermines our collective credibility and our collective interests," the minister said.
He further lauded the presence of the stakeholders and said it demonstrates the commitment "that each one of you and your countries and all other stakeholders from various organisations has shown towards combating the common threat of terrorism."
Check out our in-depth Market Coverage, Business News & get real-time Stock Market Updates on CNBC-TV18. Also, Watch our channels CNBC-TV18, CNBC Awaaz and CNBC Bajar Live on-the-go!