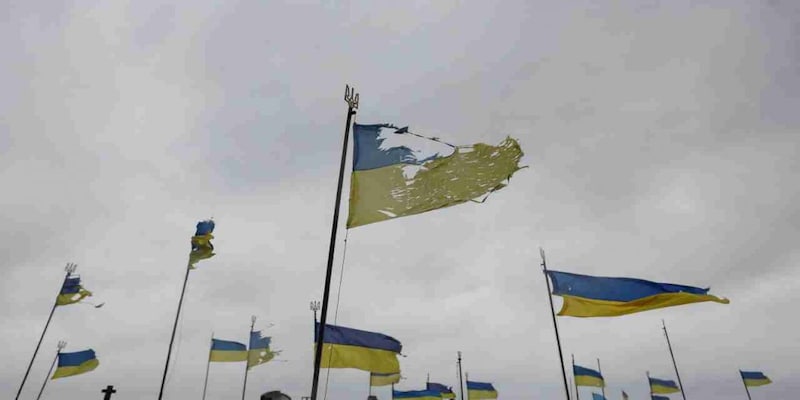 Witnesses counted at least eight explosions accompanied by distant booms. The smell of burning was apparent some time later. The city is currently under curfew from 11 pm to 6 am.

The western Ukrainian city of Lviv has been rocked by number of very loud explosions. An Associated Press team in the city witnessed the glare of bright explosions which lit up the night sky to the west of the city shortly after midnight local time.

Witnesses counted at least eight explosions accompanied by distant booms. The smell of burning was apparent some time later. The city is currently under curfew from 11 pm to 6 am.
Also Read:
'Ukraine could win the war' says NATO Secretary as Ukraine counter-attacks Russian forces in the east
Makysym Kozytskyy, chairman of the Lviv Regional Military Administration, said the Russians had fired on military infrastructure in the Yavoriv district. The city of Yavoriv is about 15 kilometers (less than 10 miles) from the Polish border.
Andriy Sadovyi, the mayor of Lviv, said on Facbeook that there was no confirmed information about the missiles hitting the city.  "Let's thank those who protect our sky for this!", Sadovyi said. "In the morning we will give more accurate information. Take care of yourself and do not ignore air alarms!"
Also Read: Putin says Russia will retaliate if NATO bolsters Sweden, Finland militarily
(Edited by : Asmita Pant)
Check out our in-depth Market Coverage, Business News & get real-time Stock Market Updates on CNBC-TV18. Also, Watch our channels CNBC-TV18, CNBC Awaaz and CNBC Bajar Live on-the-go!