Ukraine says it will respond to shelling of town, vows to hurt Russians

Ukraine says it will respond to shelling of town, vows to hurt Russians 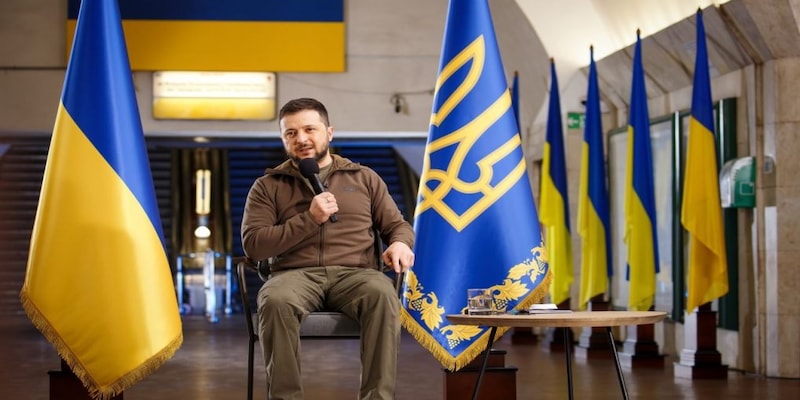 Ukraine said 13 people died and 10 were wounded when Russia fired rockets at Marhanets from the territory of a nuclear power plant it has captured in the Dnipropetrovsk region.

Ukraine will respond to the Russian shelling of a town and needs to consider how to inflict as much damage on Russia as possible to end the war quickly, President Volodymyr Zelenskyy said on Wednesday.

Ukraine said 13 people died and 10 were wounded when Russia fired rockets at Marhanets from the territory of a nuclear power plant it has captured in the Dnipropetrovsk region.
Also Read: Oil falls on demand concerns, greater supply
"The armed forces of Ukraine, our intelligence and our law enforcement agencies will not leave today's Russian shelling of Dnipropetrovsk region unanswered," Zelenskyy said in a late night video address.
The attack, he said, underlined the need for allies to supply more powerful weapons to the Ukrainian military.
Also Read: Wall Street edges higher, dollar falls on easing inflation
"The more losses the occupiers suffer, the sooner we will be able to liberate our land and ensure the security of Ukraine," he said. "This is what everyone who defends our state and helps Ukraine should think about - how to inflict the greatest possible losses on the occupiers in order to shorten the war."
The war that began with Russian forces invading its neighbor on Feb. 24 has displaced millions, killed thousands of civilians and left cities, towns and villages in ruins. Ukraine and its Western allies have accused Russian forces of targeting civilians and war crimes, charges Russia rejects.
(Edited by : Sangam Singh)
Check out our in-depth Market Coverage, Business News & get real-time Stock Market Updates on CNBC-TV18. Also, Watch our channels CNBC-TV18, CNBC Awaaz and CNBC Bajar Live on-the-go!