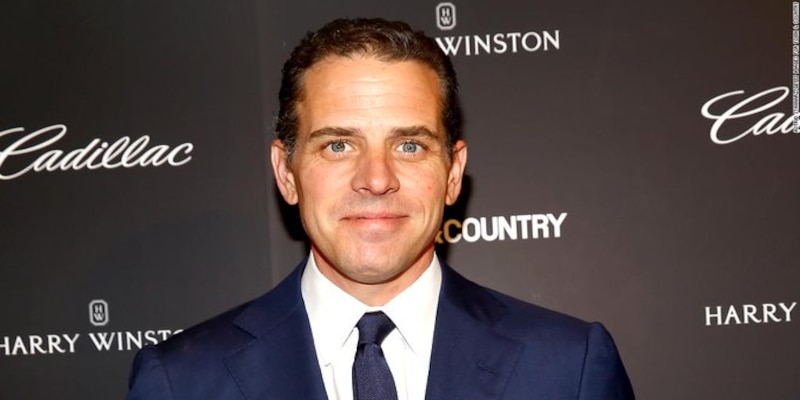 A Twitter user suggested that Elon Musk should make public on the platform internal details about the New York Post story on Hunter Biden’s laptop case. Here's how the billionaire responded

Elon Musk has been batting for "transparency" ever since he took over Twitter in late October. On Thursday, a user on the microblogging site suggested that the billionaire should make public on the platform internal details about the New York Post story on Hunter Biden’s laptop before the 2020 US presidential election.

A Twitter user with the username @alx tweeted, "Raise your hand if you think @ElonMusk should make public all internal discussions about the decision to censor the @NYPost's story on Hunter Biden’s laptop before the 2020 Election in the interest of Transparency."
Shortly after, Musk replied to the tweet, saying this was necessary to restore public trust. While a few tweeple supported the idea, several said this reflects the billionaire's intent to skew everything towards Republican talking points.

Raise your hand if you think @ElonMusk should make public all internal discussions about the decision to censor the @NYPost's’s story on Hunter Biden’s laptop before the 2020 Election in the interest of Transparency.

What is Hunter Biden's laptop case?
According to the New York Post, the case relates to a laptop that was dropped off at a repair shop in Joe Biden's home state of Delaware in April 2019 as per the store's owner. The owner claimed the customer who brought the laptop for repair never paid for the service or retrieved its contents.
The shop owner couldn't positively identify the customer as president Biden's son Hunter Biden but said the laptop bore a sticker from the Beau Biden Foundation, named after Hunter's late brother and former Delaware attorney general, NYP report claims.
The shop owner gave the hard drive to Trump's lawyer Rudy Giuliani. It was further handed over to the New York Post (and circulated among other Trump supporters like Steve Bannon).
The report suggests possible corruption by Joe Biden. The then-president and presidential candidate Donald Trump mentioned the information as an 'October surprise' to hurt Biden's campaign. They claimed that he had acted corruptly regarding Ukraine while in office.
The US-based tabloid claims that as per emails obtained from the laptop, Hunter Biden introduced his father, then-Vice President Joe Biden, to a top executive at a Ukrainian energy firm less than a year before the elder Biden pressured government officials in Ukraine into firing a prosecutor who was investigating the company.
The mention of this meeting was made in a message of appreciation that Vadym Pozharskyi, an adviser to the board of Burisma, allegedly sent Hunter Biden on April 17, 2015, about a year after Hunter joined the Burisma board at a reported salary of up to $50,000 a month. However, Biden claims he's never spoken to his son about his overseas business dealings.
Following the report, the president's son has been under investigation for matters related to tax payments and his foreign work.
Democrats and their allies, however, cried foul and argued that the materials might have been faked, stolen, or leaked as part of a foreign interference campaign akin to the Russian government's hacking and leaks of Democratic emails in 2016.
The mainstream media tread cautiously on the story, while Twitter and Facebook briefly blocked or restricted links to the Post's report.
The latest on the Hunter Biden laptop case probe
According to a CBS News report dated November 24, 2022, data from the laptop, which was provided to the Federal Bureau of Investigation (FBI) under subpoena, shows no evidence of tampering or fabrication, as per an independent review commissioned by the media outlet.
The shop owner's lawyer, Brian Della Rocca, provided CBS News with an "exact copy" of the data provided to federal investigators nearly three years ago. He said he considers it "clean" because it predates versions widely circulated by Republican operatives to attack then-candidate Joe Biden.
The report said the independent analysis was conducted by two cyber investigators from Minneapolis-based Computer Forensics Services. They found no evidence that the user data had been modified, fabricated or tampered with. Nor did the analysis find any new files originating after April 2019, when store records indicate Biden dropped it off for repair.
Check out our in-depth Market Coverage, Business News & get real-time Stock Market Updates on CNBC-TV18. Also, Watch our channels CNBC-TV18, CNBC Awaaz and CNBC Bajar Live on-the-go!