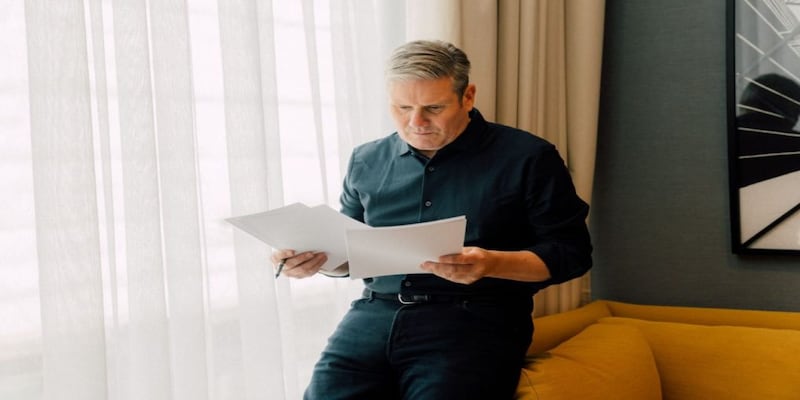 Starmer took to Twitter to say that the British citizens deserved better than "this revolving door of chaos. We need a general election."

After 12 years of Tory failure, the British people deserve so much better than this revolving door of chaos.

In his statement, Starmer spoke about how the Tories in the last few years have set record-high taxation, created a cost-of-living crisis, as well as crashed the economy. He said the damages would take years to fix.
"The Tories cannot respond to their latest shambles by yet again simply clicking their fingers and shuffling the people at the top without the consent of the British people," he said.
Starmer said the British people deserve a proper say on the country's future. "They have the chance to compare the Tories' chaos with Labour's plans to sort out their mess, grow the economy for working people and rebuild the country for a fairer, greener future. We must have a chance at a fresh start. We need a general election-now," his statement said.
Reiterating the same, Scotland's first minister Nicola Sturgeon said a general election is now imperative.

There are no words to describe this utter shambles adequately. It’s beyond hyperbole - & parody.Reality tho is that ordinary people are paying the price.The interests of the Tory party should concern no-one right now.A General Election is now a democratic imperative.

The first minister of Wales Mark Drakeford also shared similar sentiments as he said the only way forward was a general election.

This has been a complete and utter failure of government with everyone in this country now having to pay the price.

The deep division within the UK Government means that any successor will face the same challenges.A #GeneralElection is now the only way forward for the country.— Mark Drakeford (@PrifWeinidog) October 20, 2022

Meanwhile, Penny Mordaunt, the leader of the House of Commons, when asked about Truss' resignation, told local media that she would keep calm and carry on and suggested everyone else do the same as well.
Truss' economic policies had triggered economic turmoil and split her Conservative Party just six weeks after she was elected over Rishi Sunak.
Truss admitted that she had lost the trust of her party by failing to deliver on the pledges she made while vying for Conservative leader.
"Given the situation, I cannot carry out the mandate for which I was elected. I will remain as Prime Minister until a successor has been chosen," she said.
Markets react
European markets on the other hand reversed their early losses following Truss' resignation announcement.
The Stox 600 index gained 0.3 percent just before 4pm London time, and all the major bourses were in the positive territory as well. Tech led gains with a 2 percent increase, with gas and oil up 1.6 percent.
The sterling gained about 1 percent against the US dollar. Meanwhile, the UK government bond yields also dropped after Truss' announcement.
The US stocks also turned higher and the benchmark treasury yields too continued to climb after investors shrugged off Truss' announcement and turned their focus to upbeat earnings and evidence that Fed's aggressive policy is starting to have its intended effect.
Also Read: UK PM Liz Truss resigns after 45 days; shortest serving British PM
Check out our in-depth Market Coverage, Business News & get real-time Stock Market Updates on CNBC-TV18. Also, Watch our channels CNBC-TV18, CNBC Awaaz and CNBC Bajar Live on-the-go!