Russia-Ukraine war news highlights: With the Russia-Ukraine war entering its second week, no progress on a ceasefire between the two sides looks near despite the third round of talks between Kyiv and Moscow on Monday. Meanwhile, the humanitarian crisis in Ukraine deepened as Russian forces intensified their shelling and food, water, heat and medicine grew increasingly scarce. Ukraine has condemned the invasion as a medieval-style siege by Moscow to batter it into submission. A glimmer of hope from the third round of talks seem to be a top Ukrainian official saying there had been minor, unspecified progress toward establishing safe corridors that would allow civilians to escape the fighting. Russia's chief negotiator said he expects those corridors to start operating Tuesday.

With that we wrap the LIVE updates on the Russia-Ukraine war for today. Do join us tomorrow for all the top developments on the ongoing crisis between Kyiv and Moscow. For more news, views and other updates, stay tuned to CNBCTV18.com.

These 13 countries import the most oil from Russia; The Netherlands is No 2; China tops the list

Find out the trade value of crude oil and percentage of import these 13 countries contribute to Russia's overall oil exports, according to the UN Comtrade report 2020.

After US, UK to phase out Russian oil imports

British Prime Minister Boris Johnson has said that the UK will phase out Russian oil imports this year. In the tweet, he posted: "In another economic blow to the Putin regime following the illegal invasion of Ukraine, the UK will move away from dependence on Russian oil throughout this year, building on our severe package of international economic sanctions." Earlier in the day, US President Joe Biden announced a ban on Russian oil and other energy imports, a significant move in stepping up the international pressure on President Vladimir Putin to halt his devastating assault on Ukraine. "Russia may continue to grind out its advance at a horrible price, but this much is already clear: Ukraine will never be a victory for Putin. Putin may be able to take a city, but he'll never be able to hold the country," Biden told reporters at the White House.

US President Joe Biden on Tuesday announced a ban on Russian oil and other energy imports, a significant move in stepping up the international pressure on President Vladimir Putin to halt his devastating assault on Ukraine. "Russia may continue to grind out its advance at a horrible price, but this much is already clear: Ukraine will never be a victory for Putin. Putin may be able to take a city, but he'll never be able to hold the country," Biden told reporters at the White House. On the ground in Ukraine, the Kyiv government accused Russian forces of shelling a humanitarian corridor that Moscow had promised to open to let residents flee the besieged port of Mariupol. The civilian death toll in the conflict mounted. And with the war in its 13th day, the number of refugees who have fled Ukraine to neighbouring countries surged past 2 million. Western sanctions imposed over the invasion have already cut off Russia from international trade and financial markets. Russia is the world's biggest exporter of oil and natural gas, and until now its energy exports had been exempted from the international sanctions.

Global share markets slid lower on Tuesday as oil remained near record highs and the prospect of a U.S. ban on Russian oil imports stoked volatility and fears of stagflation. Since Russia invaded Ukraine on Feb. 24, Western sanctions have cut Russia off from international trade and financial markets. U.S. President Joe Biden's administration is willing to move ahead with an American ban on Russian oil imports even if European allies do not, U.S. sources indicated. Russia, which calls its actions in Ukraine a "special operation," warned that prices could surge to $300 a barrel and it might close the main gas pipeline to Germany if the West halts oil imports over the invasion of Ukraine. International oil benchmark Brent crude, which briefly topped $139 a barrel in the previous session, was up 6.94% at $131.76 at 10:30 a.m. EST (1530 GMT). The MSCI world equity index, which tracks shares in 50 countries, was down 0.66%, having hit its lowest level since March 2021 in early Asian trading. 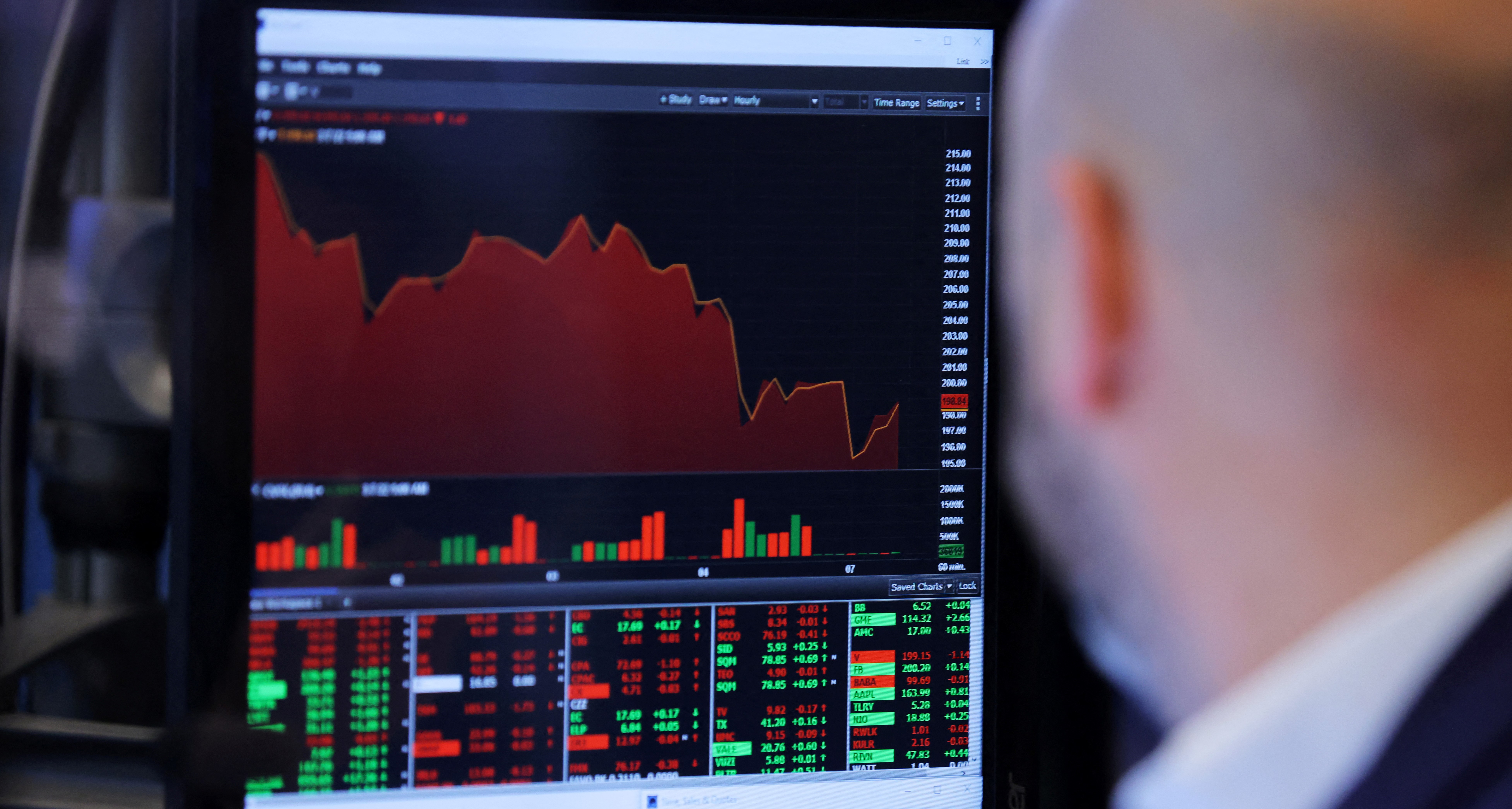 Bank branches will stay open in Ukraine and keep their ATMs stocked with cash where there is no direct risk to life from fighting between Russian and Ukrainian forces, deputy central bank governor Oleksiy Shaban said on Tuesday. Cash withdrawals are capped at 100,000 hryvnias ($3,367) per day and people leaving Ukraine should make sure not to take local currency with them, he said in a televised interview.

The Vatican's Secretary of State told Russian Foreign Minister Sergei Lavrov in a phone call on Tuesday that the Holy See wants armed attacks in Ukraine to stop and humanitarian corridors to be guaranteed. A Vatican statement said Cardinal Pietro Parolin also repeated the Vatican's willingness "to do anything" to help bring about peace.

While the West debates potential restrictions on Russian oil and gas, there are signs some buyers are already shunning them, fuelling market jitters about a potentially huge supply shock. Russia is the world's top exporter of crude and oil products combined, at around 7 million barrels per day (bpd) or 7% of global supply. While Western governments have imposed unprecedented sanctions on Moscow over its invasion of Ukraine, they have so far not directly targetted its energy sector because of the damage that would inflict on their own economies. However, two people familiar with the matter told Reuters the United States was willing to move ahead with a ban on Russian oil imports without European allies. And some buyers appear to be shunning Russian oil anyway to avoid reputational damage or possible legal troubles - although estimates vary widely about how much this is happening.

The White House is expected to impose a ban on U.S. imports of oil from Russia as punishment for the invasion of Ukraine, Democratic U.S. Senator Chris Coons said. In an interview with CNN, Coons said the announcement of the ban could come on Tuesday or Wednesday, while a person familiar with the plans told Reuters a ban could be announced on Tuesday. The White House said President Joe Biden was expected to make a sanctions announcement at 10:45 a.m. (1545 GMT). Russia is the world's biggest exporter of oil and natural gas, and until now its energy exports had been exempted from international sanctions. Although the United States is not a leading buyer of Russian oil, its allies are likely to come under pressure to wean their economies off Russian energy. The announcement will intensify the impact of the war on a global economy already suffering supply shortages and price surges as it lurches out of the pandemic crisis. In the United States, gas pump prices have already surged to a record since Russia launched the invasion on Feb. 24, worsening inflation that was already at 40 year highs.

Former Reserve Bank of India governor Raghuram Rajan on Tuesday took a cautionary stance and suggested that the effects of the Russian invasion of Ukraine might have long-term effects on inflation. During an interview with CNBC-TV18's Latha Venkatesh on whether the effect of the war on inflation is a temporary blip, Rajan said, "It (the war) is coming on top of an already high level of inflation. Add to it the effects of war, this (further) increases inflation and reduces growth; increases the effect on inflation in the US and Europe. There is a risk that inflationary expectations will become more entranched ... not good news," Rajan said. On the sanctions being imposed, and their potential effects on global economy, Rajan gave a two-pronged answer: "The unprecedented nature of the attack on Ukraine has galvanised the west, and Japan, and they are much more determined to implement sanctions and prevent leakages. They see the war as a violation of world order and the sanctions as way to restore it." Rajan added, "That said, these sanctions could also do a lot of damage -- Russia is a crucial exporter of energy (especially to Europe), commodities, fertiliser and even grain."

The United Nations human rights office said on Tuesday that it had verified 1,335 civilian casualties in Ukraine, including 474 killed and 861 injured, since Russia's invasion began on Feb. 24. But the civilian toll was incomplete pending corroboration of reports, it said in a statement: "This concerns, for example, the towns of Volnovakha, Mariupol, Izium where there are allegations of hundreds of civilian casualties." Its previous death toll for civilians killed, issued on Monday, was 406 civilians. "Not a day has passed without news of dozens of civilian casualties that resulted from indiscriminate bombing and shelling of residential areas of major Ukrainian cities," Yevheniia Filipenko, Ukraine's Ambassador to the U.N. in Geneva, told the U.N. Human Rights Council on Tuesday.

Russia threatens to cut gas supply to Germany; experts discuss
A senior Russian Minister has warned that Western countries could face oil prices of over $300 per barrel, and the possible closure of the main Russia-Germany gas pipeline if governments follow… Just IN | US to ban Russian energy imports: White House

US President Joe Biden is expected to ban Russian energy imports including oil, coal and LNG, to cripple Russia's economy in reply to Moscow's 'unprovoked and unjustified’ war on Ukraine. A formal announcement is expected to be made at 10.45 am EST (915 pm IST).

Russian families falling out over clashing views on Ukraine war

When Russian actor Jean-Michel Scherbak wrote on social media that he was ashamed his country had started a war in Ukraine, his mother, a longtime supporter of Russian President Vladimir Putin, blocked him online. "She texted me on Facebook saying that I was a traitor and that I had made my choice," Scherbak, 30, told Reuters. He declined to say which European country he was speaking from, but said he was outside Russia. The falling out between mother and son over the war in Ukraine is one of many to divide Russian families and friends since the fighting broke out on Feb. 24. Ukraine and its allies call Russia's actions a brutal invasion that has killed hundreds of civilians. Apartment blocks have been reduced to rubble, towns have been evacuated and nearly 2 million Ukrainians have fled the country. Kyiv has accused Moscow of war crimes. Putin says Russia launched a special operation to destroy its neighbour's military capabilities and remove what it regards as dangerous nationalists in Kyiv. Russia denies it has targeted civilians. Russian and international media have covered the conflict very differently. Most Russians get their news about Ukraine from pro-Kremlin outlets, which present a radically different interpretation of what is happening to others. 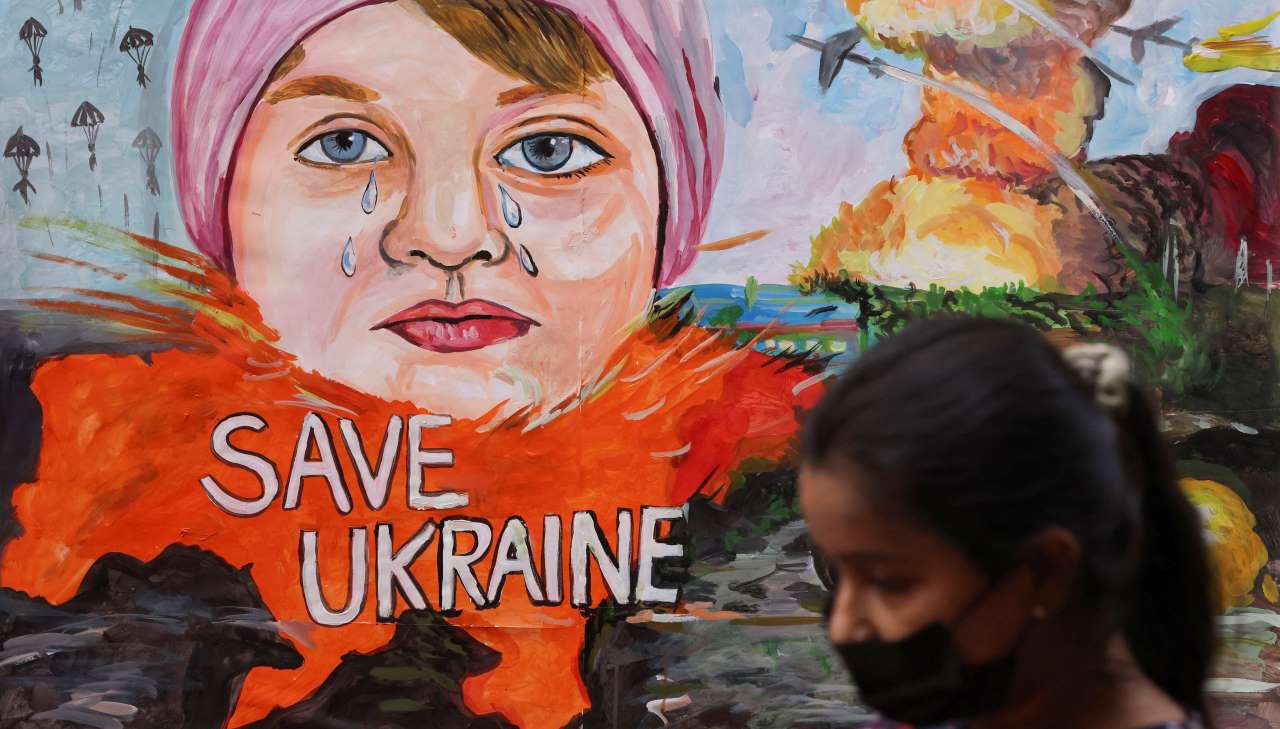 Authorities in Ukrainian have alleged that a convoy of humanitarian aid, bound for Mariupol city was under fire by Russian troops. Ukrainian minister of Reintegration of Temporarily Occupied Territories, Iryna Vereshchuk was quoted by CNN as saying: "Our humanitarian cargo is heading to Mariupol, and we are counting on the commitments made by Russia, that they are ready to adhere to the ceasefire. There are now signals that Russia is shelling the direction of humanitarian convoy." The news channel could not independently verify the report. A convoy of eight trucks and over 30 buses, en-route to Mariupol from the Zaporizhzia area was under fire, Vereshchuk said. The aid convoy was scheduled to pick women, children and elderly Ukrainians on its return.