Thirty-five members, including China, abstained and five countries, including Russia, Syria and Belarus, voted against the resolution. While General Assembly resolutions are non-binding, they carry political weight

The United Nations General Assembly on Wednesday overwhelmingly voted to reprimand Russia over its invasion of Ukraine and demanded that Moscow stop fighting and withdraw its military forces, an action that aims to diplomatically isolate Russia at the world body.

The resolution, supported by 141 of the assembly's 193 members, ended a rare emergency session called by the UN Security Council and as Ukrainian forces battled on in the port of Kherson in the face of air strikes and a devastating bombardment that forced hundreds of thousands of people to flee.
The text of the resolution "deplores" Russia's "aggression against Ukraine." The last time Security Council convened an emergency session of the General Assembly was in 1982, according to UN website.
Also read:
Some Russian oligarchs speak out, cautiously, against war
Thirty-five members, including China, abstained and five countries, including Russia, Syria and Belarus, voted against the resolution. While General Assembly resolutions are non-binding, they carry political weight.
Russia has destroyed critical infrastructure, including drinking water and gas, for millions of people and appeared to be preparing to increase the brutality of its campaign against Ukraine, US Ambassador to the United Nations Linda Thomas-Greenfield said in a speech to the General Assembly. 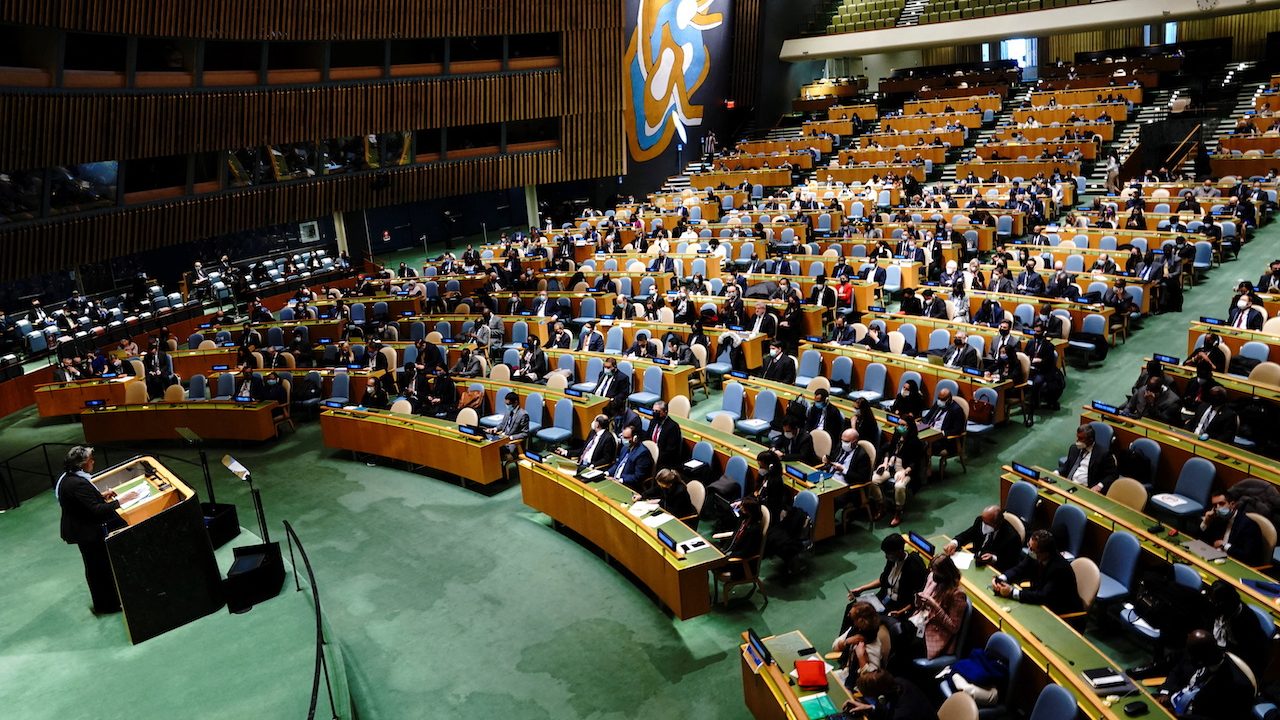 US Ambassador to the UN Linda Thomas-Greenfield speaks at the 11th emergency special session of the 193-member UN General Assembly on Russia's invasion of Ukraine at the United Nations Headquarters in Manhattan, New York City, on Wednesday. (Image: Reuters)
"This is an extraordinary moment," Thomas-Greenfield said. "Now, at more than any other point in recent history, the United Nations is being challenged," she said and made a plea: "Vote yes if you believe UN member states – including your own – have a right to sovereignty and territorial integrity. Vote yes if you believe Russia should be held to account for its actions."
After nearly a week, Russia has yet to achieve its aim of overthrowing Ukraine's government, but has faced an unprecedented backlash from the West, whose sanctions have knocked Russia's financial system while giant multinational countries have pulled investments out of Russia.
Washington has imposed several rounds of sanctions, including against Russian President Vladimir Putin and the central bank, since Russia's forces invaded Ukraine in the biggest assault on a European state since World War Two. Moscow calls the assault a "special operation."
Russia's UN Ambassador Vassily Nebenzia denied that Moscow was targeting civilians and warned that the adoption of the resolution might spur further escalation.
Also read: Kyiv, Kharkiv, Kherson, Berdyansk, Mariupol: The significance of the 5 Ukrainian cities that Russia is gunning for
Check out our in-depth Market Coverage, Business News & get real-time Stock Market Updates on CNBC-TV18. Also, Watch our channels CNBC-TV18, CNBC Awaaz and CNBC Bajar Live on-the-go!