Russia-Ukraine conflict highlights: UK Prime Minister Boris Johnson addressed the House of Commons on Tuesday and announced that the UK is imposing sanctions on five Russian banks and three wealthy individuals and that any assets they hold in the UK will be frozen. Relations between US-led West and Russia entered their worst phase as diplomatic efforts to averse a Russian invasion of Ukraine were jolted when President Vladimir Putin signed laws recognising the independence of two separatist regions in eastern provinces. In fact, a spokesperson Kremlin hopes said the move would help restore peace and said the government remains open to diplomacy.The first Air India special flight from Ukraine will land in new Delhi. Two others are scheduled for February 24 and 26, Govt sources told CNBC-TV18. The US has said it will announce severe sanctions on Russia, prompting Germany to halt its certification of the Nord Stream 2 pipeline project, while the European Union said it would ban trade in Russian state bonds. Here are the live updates from the Russia-Ukraine crisis today

With that it's a wrap to the LIVE updates on the Russia-Ukraine Conflict for today, please do join us tomorrow for the top developments on the crisis. Until then, stay safe and have a good night. For more news, views and analysis stay tuned to cnbctv18.com.

Russian President Vladimir Putin has raised the stakes in the Ukraine standoff by recognizing the independence of rebel regions in the country's east, and a key question now is whether he will stop at that or try to move deeper into Ukraine. Putin signaled his readiness to up the ante in an hour-long address to the nation that cast Ukraine as an artificial construct, a U.S. puppet that has robbed Russia of historical lands lost in the Soviet collapse. But at the same time, the Russian leader appeared to keep the door open for diplomacy if the West agrees to Moscow's security demands. Russia wants the U.S. and its allies to keep Ukraine and other ex-Soviet nations from joining NATO, halt weapons deployments there and roll back alliance forces in Eastern Europe demands the West has dismissed as nonstarters. On Tuesday, Putin offered a streamlined version of his top demands, saying that Ukraine should renounce its bid to join NATO, partially demilitarize and recognize Russia's sovereignty over Crimea, the Black Sea peninsula that Russia annexed from Ukraine in 2014.

US President Joe Biden on Tuesday announced the first wave of sanctions against Russia for what he said was the beginning of an invasion of Ukraine, and vowed steeper punishments ahead if Russia continues its aggression. The sanctions, among others things, target Russian banks and sovereign debt.

Around 240 Indian nationals returned from Ukraine on an Air India flight as Russia continues to threaten to invade its neighbour, even as the Indian embassy asked Indian students to leave the country temporarily, amid escalating tensions following Russia recognising the independence of two separatist regions in eastern Ukraine. About queries by Indian students about online classes by medical universities in Ukraine, the embassy said it is engaged with respective authorities on the matter. "The embassy of India is receiving a large number of calls asking about the confirmation of online classes by Medical Universities. In this regard, as informed earlier, the embassy is engaged with respective authorities for streamlining of the education process for Indian students," it said.

NATO Secretary-General Jens Stoltenberg said on Tuesday that the alliance believed that Russia was still planning a big assault on Ukraine following Moscow's recognition of two separatist regions in the former Soviet republic's east. He spoke as the West took more measures to try to discourage Russian from going on the offensive in Ukraine, with Germany putting the brakes on a new gas pipeline and Britain hitting Russian banks with sanctions. "Every indication is that Russia is continuing to plan for a full-scale attack of Ukraine," Stoltenberg told a news conference in Brussels. "We continue to call on Russia to step back ... it's never too late not to attack. Russia's parliament approved treaties with the two regions a day after Russian President Vladimir Putin said he was recognising the independence of the two enclaves in eastern Ukraine, which adjoin Russia and have been controlled by Russian-backed fighters since 2014.

Students in the eastern city of Kharkiv are learning about bulletproof vests and explosives as well as practising evacuation drills and first aid as Ukraine prepares for a possible big assault by the Russian military. The city, which is under Ukrainian government control, is home to tank, aircraft and tractor factories and lies 40 km (25 miles) from the Russian border. It has been identified by President Volodymyr Zelenskiy as a possible Russian target, though his spokesman said he was speaking hypothetically. Russia has denied it plans to invade Ukraine but the authorities are taking no chances, especially with the stakes now higher after Moscow's recognition of two separatist regions in the former Soviet republic's east. "We have started giving those drills for children more often to prevent situations such as children getting injured, or, God forbid, death," civilian defence specialist Oleksandr Shevchuk said. "We ... let them try on our uniforms, bulletproof vests and helmets. Show them what explosive items can be, so that they can become aware of situations that may happen to them."

The 27 European Union members nations have unanimously agreed on an initial set of sanctions targeting Russian officials over their actions in Ukraine, French Foreign Minister Jean-Yves Le Drianance's foreign minister said. EU foreign affairs chief Josep Borrell said the package approved Tuesday will hurt Russia, and it will hurt a lot. Borrell said the sanctions would affect members of Russia's lower house of parliament and other individuals involved in approving the deployment of Russian troops to separatist-held regions of eastern Ukraine. He says the package will also affect Russia's financing of policies linked to Ukraine by limiting access to EU financial markets. This story is not finished, said Borrell of Russian actions in Ukraine.

Russian President Vladimir Putin can still avoid a full-blown war of choice, U.S. Defense Secretary Lloyd Austin said on Tuesday at the start of talks at the Pentagon with Ukraine's Foreign Minister Dmytro Kuleba. "Mr. Putin can still avoid a full-blown, tragic war of choice," Austin told Kuleba, adding: "We will continue to work closely with you." Before reporters were escorted from the room, Kuleba said: "My message is simple: (a) strong Ukraine is the best deterrence of Russia."

Gold prices hit its highest in nearly nine months on Tuesday before pulling back as investors waiting for more developments in the Ukraine crisis repositioned near the pivotal $1,900 an ounce mark. Spot gold was down 0.2% at $1,902.08 per ounce by 12:25 p.m. ET (1725 GMT), having hit its highest since June 1 at $1,913.89. U.S. gold futures rose 0.2% to $1,904.20. Wall Street's main indexes slumped as the prospect of harsh Western sanctions against Russia over its conflict with Ukraine kept investors on edge, while oil prices hit their highest level since 2014. The Biden administration could deprive Russia of a vast swath of low- and high-tech U.S. and foreign-made goods, people familiar with the matter told Reuters, if it further invades Ukraine. "It's not surprising to see gold well supported in this environment given its traditional safe-haven play," said David Meger, director of metals trading at High Ridge Futures. 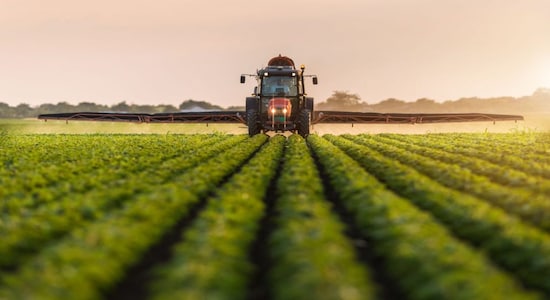 Russia has made a decision to evacuate its diplomatic staff from Ukraine, the foreign ministry said on Tuesday. "Our first priority is to take care of Russian diplomats and employees of the Embassy and Consulates General. To protect their lives and safety, the Russian leadership decided to evacuate staff of Russian missions in Ukraine, which will be implemented in the very near future," it said in a statement.

In remarks delivered prior to Russian President Vladimir Putin's Tuesday address, US Deputy Secretary of State Wendy Sherman noted that “Russia never fulfilled a single, solitary one of its obligations under the Minsk agreements", reports CNN.

“Russia has not supported a ceasefire. Russia has not removed its heavy weapons from proscribed zones. Russia has not granted unfettered access for SMM monitors,” she said in remarks delivered virtually to the Organization for Security and Co-operation in Europe (OSCE).

“The ink was barely dry on the Minsk agreements before Moscow began to pretend that its guns, its artillery systems, and its anti-aircraft missiles had never been inside Ukraine at all,” she continued. “They attempted to gaslight the world into believing it was all a mirage, and that Russia had never been a party to this conflict.”

EU to sanction Russian entities, all members of Duma over Ukraine

All members of Russia’s Duma, parliament’s lower house, will be hit with EU sanctions, which typically involve travel bans and asset freezes.

This package of sanctions that has been approved by unanimity by the member states will hurt Russia, and it will hurt a lot. (Image: Reuters) 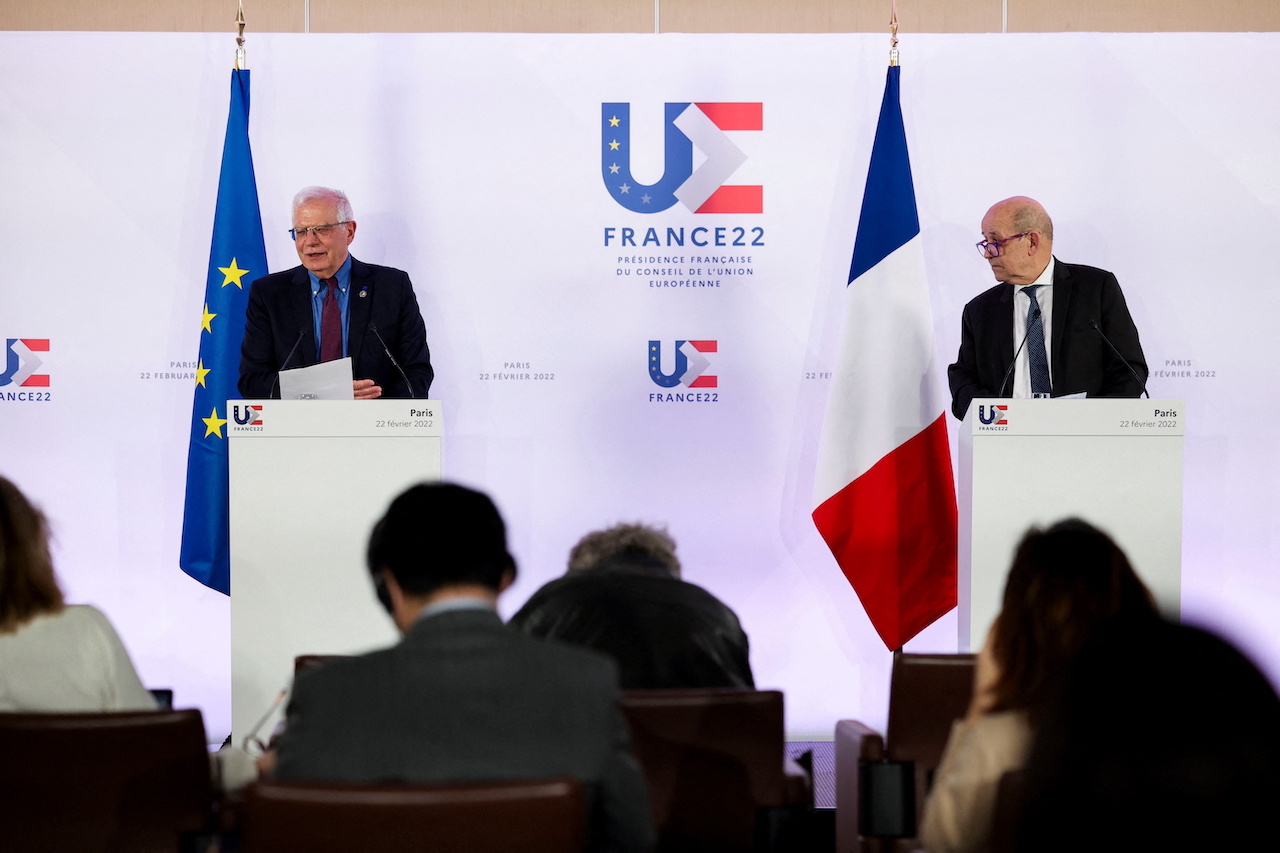