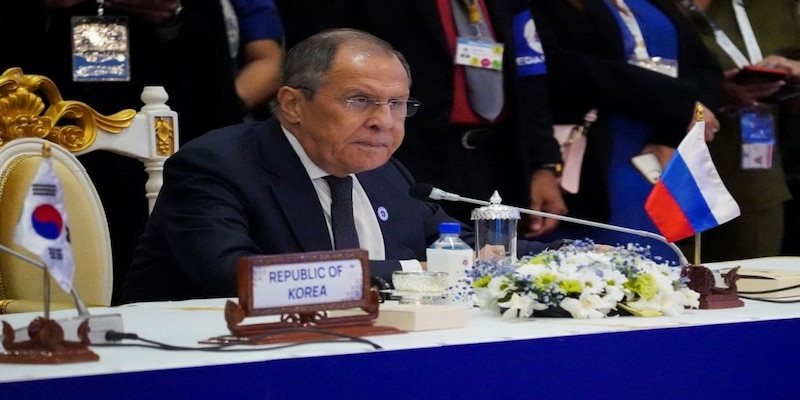 Three Indonesian officers said that Russian Foreign Minister Sergey Lavrov was being treated at a hospital in Bali after suffering a health issue following his arrival for the G20 Summit.

Russia's Foreign Ministry on Monday media denied reports of foreign minister Sergey Lavrov being taken to a hospital, calling them "fake". Maria Zakharova, the foreign ministry's spokesperson said, "This, of course, is the height of fakery."

Earlier, the Associated Press reported that three Indonesian government and medical officials had said that Lavrov was being treated in Bali after suffering a health issue following his arrival for the G20 Summit.
All three officials requested anonymity and said they were not authorised to talk about the matter publicly. Two of them said Lavrov was being treated for a heart condition. The officials had informed that the diplomat was taken to Sanglah Hospital, which too did not immediately comment on the matter.
Russian President Vladimir Putin decided to skip attending the summit in the backdrop of the rising tensions due to the Russia-Ukraine war. Instead, Lavrov is participating in the event. Ukrainian President Zelensky is also participating in the summit virtually.
Zelenskyy on Sunday accused Russian soldiers of committing war crimes and killing civilians in Kherson, parts of which were retaken by Ukraine's army last week after Russia pulled out.
With PTI inputs
Check out our in-depth Market Coverage, Business News & get real-time Stock Market Updates on CNBC-TV18. Also, Watch our channels CNBC-TV18, CNBC Awaaz and CNBC Bajar Live on-the-go!