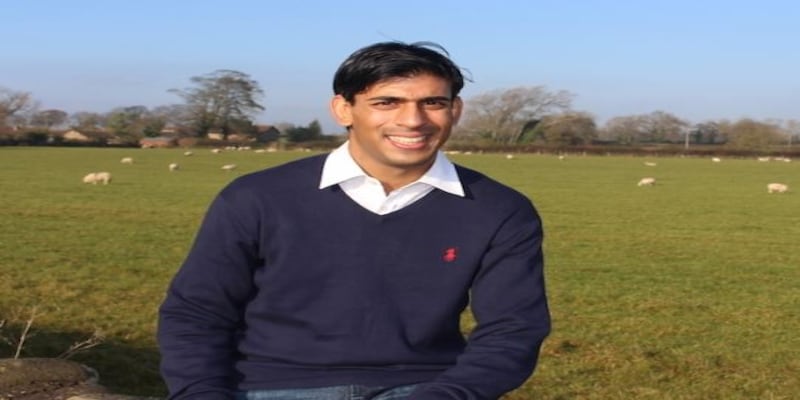 Who is Rishi Sunak, the new prime minister of Britain and how did he rise up the political ranks? Read on...

Rishi Sunak is the new prime minister of Britain. A month or so ago, when he lost out to Liz Truss in the race for British prime ministership after Boris Johnson quit, many questioned if it was the end of his political career. Well, as they say, politics is a funny game and what a turn-around it has been for the Southampton-born, Indian-origin British politician.

Early Life
Sunak was born in 1980 in Southampton on England’s south coast to parents of Indian descent who were both born in East Africa. He grew up in a middle-class family, his father a family doctor and his mother a pharmacist, and says he inherited their hard-working ethos.
“I grew up working in the shop, delivering medicines,” he said during the campaign. “I worked as a waiter at the Indian restaurant down the street.”
He has described how his parents saved to send him to Winchester College, one of Britain’s toniest and most expensive boarding schools.
Also Read | British leaders who had a brief innings as the PM
After high school, Sunak studied politics, philosophy and economics at Oxford University — the degree of choice for future prime ministers — then got an MBA at Stanford University.
He worked for the investment bank Goldman Sachs as a hedge fund manager and lived in the U.S., where he met his wife, Akshata Murty, daughter of Indian business honcho, Narayana Murthy. The couple has two daughters.
Political Rise
Returning to Britain, Sunak was elected to Parliament for the safe Tory seat of Richmond in Yorkshire in 2015. In Britain’s 2016 Brexit referendum, he supported leaving the European Union — a risky career move, since it went against the Conservative government’s policy.
When “leave” unexpectedly won, Sunak’s career took off. He served in several junior ministerial posts before being appointed chancellor of the exchequer — head of the Treasury — by Johnson in February 2020, just before the pandemic hit.
The Second Wind
Britain's first Indian-origin Prime Minister got a second wind at the top spot at 10 Downing Street after his former boss Boris Johnson quit the Conservative Party leadership race, saying it was "simply not the right time" for his comeback.
With the former prime minister stepping aside on Sunday night, the prospect of a Diwali victory for 42-year-old Sunak opened up.
The former chancellor, who said he wanted to "fix our economy, unite our party and deliver for our country when he declared his candidacy, has held a solid lead in the contest having comfortably surpassed the 100-MPs threshold to make the shortlist in time for the Monday deadline.
High-profile Tory MPs switched allegiance from Johnson to Sunak, including former Home Secretary Priti Patel and cabinet ministers James Cleverly and Nadhim Zahawi.
Patel, the Indian-origin former minister who resigned from the Cabinet when Liz Truss was elected the Prime Minister last month, said the Tories must put political differences aside to give Sunak the best chance of succeeding as the new leader.
(With inputs from wires)
(Edited by : Abhishek Jha)
Check out our in-depth Market Coverage, Business News & get real-time Stock Market Updates on CNBC-TV18. Also, Watch our channels CNBC-TV18, CNBC Awaaz and CNBC Bajar Live on-the-go!