Powerful women: These fearless leaders are carving out a niche for themselves in the world of politics

Powerful women: These fearless leaders are carving out a niche for themselves in the world of politics 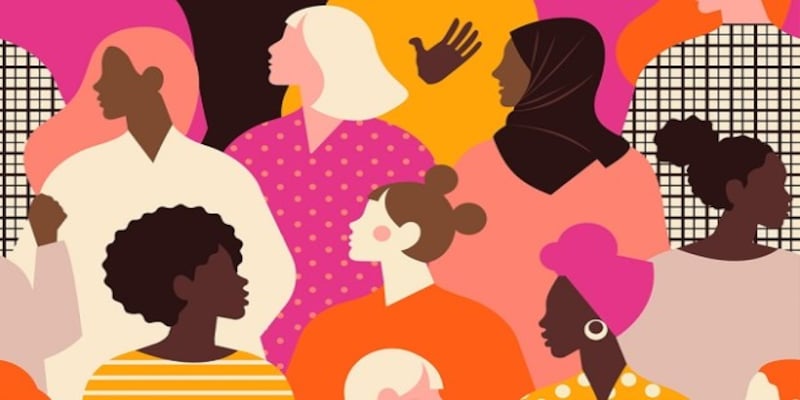 CNBC-TV18.com has handpicked five women leaders who have changed the political game this year; let's take a look...

This year has witnessed more women helming important political positions across the globe. As trailblazers these leaders are doing well in balancing a firm yet empathetic mindset towards people and have become harbingers of growth and development. From implementing prudent measures to tackling the coronavirus crisis and breaking the shackles of patriarchy, these women leaders have had their fair share of hardships. Yet their perseverance makes them top notch leaders.

CNBC-TV18.com has handpicked five women leaders who have changed the political game this year; let's take a look...
Jacinda Ardern | What makes her so popular in New Zealand?
Jacinda Ardern recently won majority in the national elections in New Zealand, marking the biggest victory for the Labour Party in over five decades. Her growing popularity among the Kiwis is no surprise. 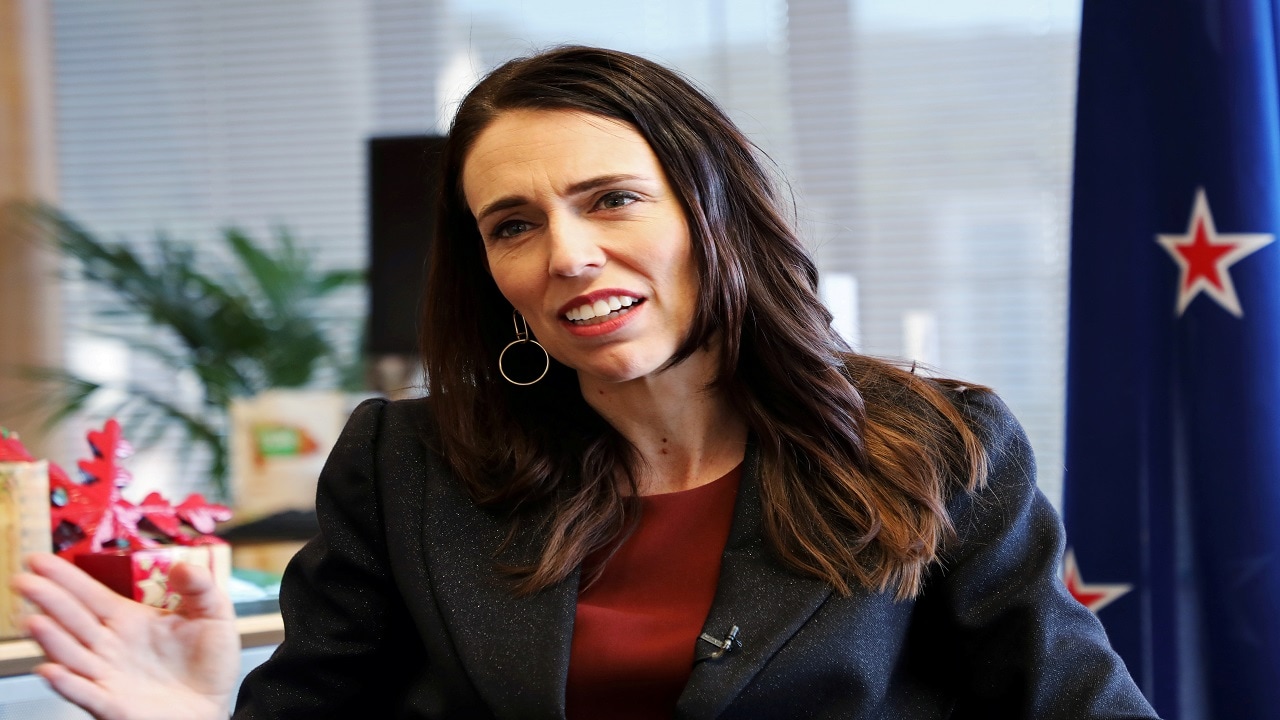 Jacinda Ardern
The 40th Prime Minister of New Zealand showed the world how to effectively contain the spread of the deadly coronavirus. In August this year, New Zealand became the first developed country in the world to reach more than 100 days without recording a single locally transmitted COVID-19 case.
A year ago, she received an overwhelming response globally due to her smart handling of the Christchurch Mosque shooting. PM Ardern did not let hatred and impulsive emotions get to her. She even refused to mention the terrorist's name and religion.
Ardern regularly interacts with the people of her country and is popular for conducting brief Facebook Live meetings and televised briefings to answer queries raised by citizens.
Kamala Harris | Why voters are American citizens rooting for the us US vice presidential candidate?
California Senator Kamala Harris seems to be an apt choice as the Democratic vice presidential candidate. Harris is the first woman of colour on a major party's ticket. If elected, she will make history by becoming the first woman and first woman of colour to serve as vice president. Kamala Harris
Kamala already has many firsts to her name. She was the first African-American woman to be elected district attorney of San Francisco and served from 2004 to 2010.
Additionally, from 2011 to 2017, she fulfilled her responsibilities as the Attorney General of California, and become the first woman, first African American and first South Asian American to serve as California's Attorney General.
Harris received immense appreciation after the vice presidential debate. Her statement, "Mr Vice President, I am speaking, I am speaking," went viral. Evidently, in the intense face-off, her vice presidential opponent Mike Pence interrupted her 10 times during the debate.
Tsai Ing-wen | What makes Taiwan's president special?
Taiwanese President Tsai Ing-wen won people's hearts and was elected by a massive margin. The country has been globally looked upon due to its successful response to the COVID-19 pandemic. Taiwan just confirmed 440 cases and seven deaths. It observed no new cases since May 7 and has not witnessed a locally transmitted case since April 12. Tsai Ing-wen
Tsai has strongly been an advocate of indulging in a dialogue with Beijing, only if it respects Taiwan’s sovereignty and rejects its “One country, Two systems” formula. She has successfully enhanced her public image as a firm and capable defender of Taiwan's democracy in the face of China’s rising threats. With her leadership skills, Tsai can be regarded as the Angela Merkel of Asia.
Sanna Marin | The fearless Prime Minister of Finland
Sanna Marin is the world’s youngest head of state as she entered office at the age of 34 in December 2019. Recently, Marin gained a lot of unwanted attention after sporting a low-cut blazer. With trolls commenting on her unconventional dress code, several people started sharing their own pictures in a similar choice of dress to support the young leader. 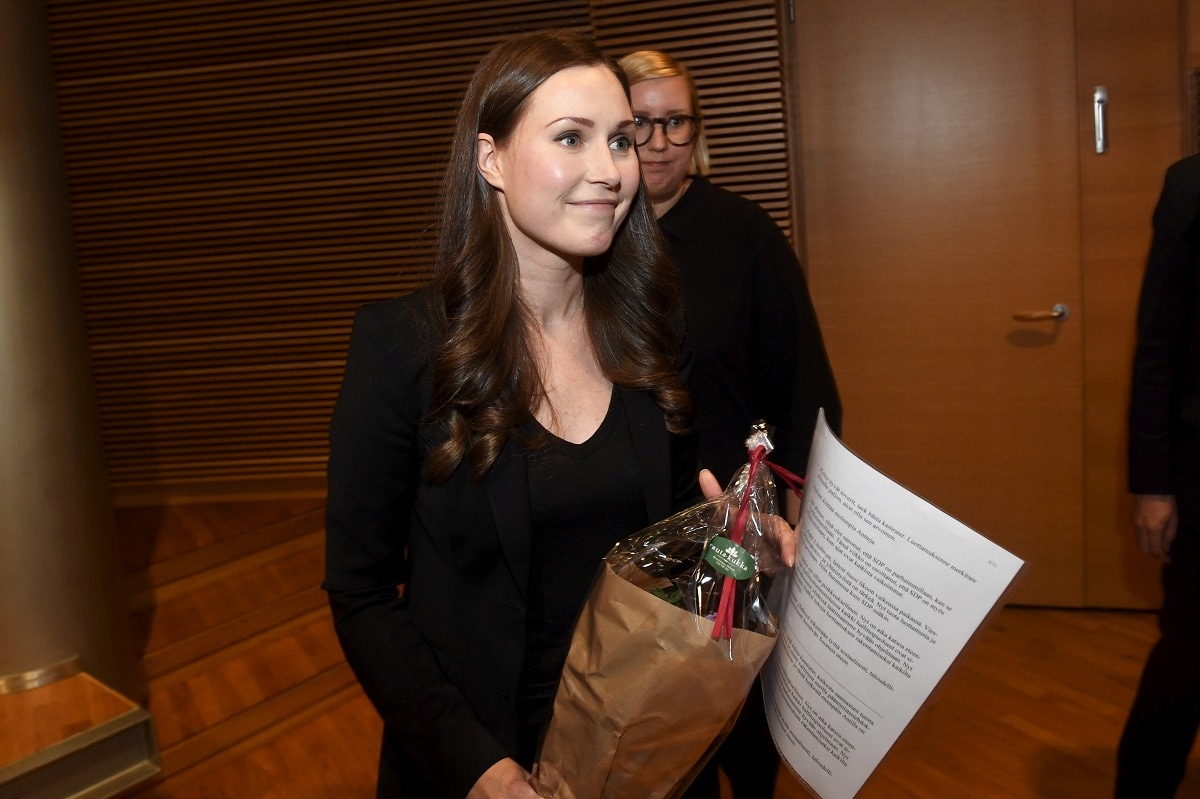 Sanna Marin
This flak did not stop the leader from expressing her sense of style and she openly questioned the real problem of several people who don't expect politicians to be young, attractive and female. Marin seems ready to challenge the ongoing sexism in politics.
Angela Merkel | The German leader who has handled crisis after crisis with a smile
Angela Merkel is regarded as one of the world's most powerful women. This first female Chancellor of Germany is the second most popular foreign politician. Merkel is often described by fans as intelligent, pro-European and a strong leader. Angela Merkel
Although, Merkel’s political end gets nearer (her term ends in October 2021), her popularity remains prominent even today. The German leader’s handling of the coronavirus pandemic has been applauded globally. She has successfully maintained her position for 15 years and has been at the top of her game.
Check out our in-depth Market Coverage, Business News & get real-time Stock Market Updates on CNBC-TV18. Also, Watch our channels CNBC-TV18, CNBC Awaaz and CNBC Bajar Live on-the-go!