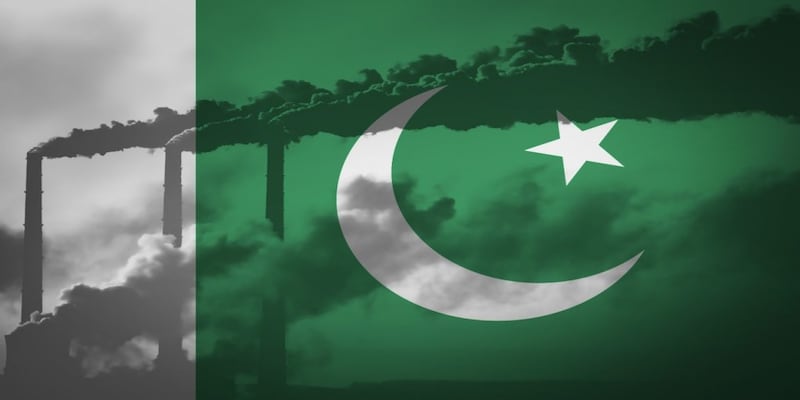 FATF, comprising 39 members, is the global money laundering and terrorist financing watchdog. It sets international standards to prevent illegal activities, including illegal drugs, human trafficking and other crimes. It holds countries to account that does not comply with its recommendation or standards. It has two types of list - grey and black. Read more here:

Pakistan is now off the "grey" list of the Financial Action Task Force (FATF) after four years of being on it. Islamabad can now try to get aid from the International Monetary Fund (IMF), the World Bank, the Asian Development Bank (ADB), and the European Union (EU) to boost its cash-strapped economy.

"Pakistan has addressed technical deficiencies to meet the commitments of its action plans regarding strategic deficiencies that the FATF identified in June 2018 and June 2021, the latter of which was completed in advance of the deadlines, encompassing 34 action items in total," the Paris-based global watchdog on money laundering and terror financing said.
"Pakistan is therefore no longer subject to the FATF's increased monitoring process." The FATF had said the first Plenary under the two-year Singapore presidency of T Raja Kumar would take place on October 20-21 in Paris.
What is FATF
FATF, comprising 39 members, is the global money laundering and terrorist financing watchdog. It sets international standards to prevent illegal activities, including illegal drugs, human trafficking and other crimes. It holds countries to account that does not comply with its recommendation or standards.
The FATF, also a policy-making body, works to stop funding for weapons of mass destruction. Its objective is to promote the effective implementation of legal, regulatory and operational measures for combating money laundering, terrorist financing and threats to the integrity of the international financial system.
The FATF Plenary, the decision-making body, meets three times every year.
FATF has two types of lists:
Grey List: The FATF grey list comprises countries considered safe havens for supporting terror funding and money laundering. The inclusion of a country in this list serves as a warning that it may enter the blacklist of the FATF.
Black List: Countries knowns as Non-Cooperative Countries or Territories (NCCTs) are put on the blacklist. These countries support terror funding and money laundering activities. Support or vote from three countries is essential to not be named under the FATF blacklist.
How FATF lists countries in these categories
The FATF identifies and reviews jurisdictions with strategic money laundering and terrorist financing deficiencies that risk the international financial system. It also closely monitors their progress.
The watchdog reviews jurisdictions based on threats, vulnerabilities, or particular risks arising from the jurisdiction.
When will a jurisdiction be reviewed? It is reviewed when:
> It does not participate in a FATF-style regional body (FSRB) or does not allow mutual evaluation results to be published in a timely manner
> It is nominated by a FATF member or an FSRB based on specific money laundering, terrorist financing, or proliferation financing risks or threats coming to the attention of delegations
> It achieves poor results on its mutual evaluation, specifically if
it has 20 or more non-compliant (NC) or partial compliance (PC) ratings for technical compliance
> It has a low or moderate level of effectiveness for nine or more of 11 Immediate Outcomes, with a minimum of two lows
> It has a low level of effectiveness for six or more of 11 Immediate Outcomes
A jurisdiction that enters the International Co-operation Review Group (ICRG) review process undergoes a one-year Observation Period to work with the FATF or its FATF-style regional body (FSRB). This takes place to address deficiencies before possible public identification and formal review by the FATF.
"The FATF then prioritises the review of those countries with more significant financial sectors – e.g. $5 billion or more in financial sector assets," the watchdog said on its website.
FATF and Pakistan
Pakistan was placed on the FATF grey list in 2018 for failing to check money laundering and terrorist financing. It was included in the increased monitoring list for deficiencies in its legal, financial, regulatory, investigations, prosecution, judicial and non-government sectors, the Dawn newspaper reported.
Pakistan has since made high-level political commitments to address these deficiencies under a 27-point action plan. But later, the number of action points was enhanced to 34.
In June this year, FATF found Pakistan compliant or largely compliant on all 34 points and fielded an onsite mission to verify before announcing its exit from the grey list. A 15-member joint delegation of the FATF and its Sydney-based regional affiliate — Asia Pacific Group — visited Pakistan from August 29 to September 2 to verify the country's compliance with the 34-point action plan.
The report of the FATF onsite team was also discussed in FATF's International Cooperation Review Group and plenary meetings.
Of the items from the 34-point action plan, Pakistan was yet to address issues related to Jaish-e-Mohammed (JeM) chief Masood Azhar, Lashkar-e-Taiba (LeT) founder Hafiz Saeed and the group's "operational commander" Zakiur Rehman Lakhvi.
Azhar, Saeed and Lakhvi are the most-wanted terrorists in India for their involvement in numerous terror acts, including the 26/11 Mumbai terror attacks and the bombing of a Central Reserve Police Force (CRPF) bus in Jammu and Kashmir's Pulwama in 2019.
Pakistan had avoided being on the blacklist of the FATF with the help of close allies like China, Turkey, and Malaysia.
Check out our in-depth Market Coverage, Business News & get real-time Stock Market Updates on CNBC-TV18. Also, Watch our channels CNBC-TV18, CNBC Awaaz and CNBC Bajar Live on-the-go!