Malaysian elections: A look at past leaders and ties with India

Malaysian elections: A look at past leaders and ties with India 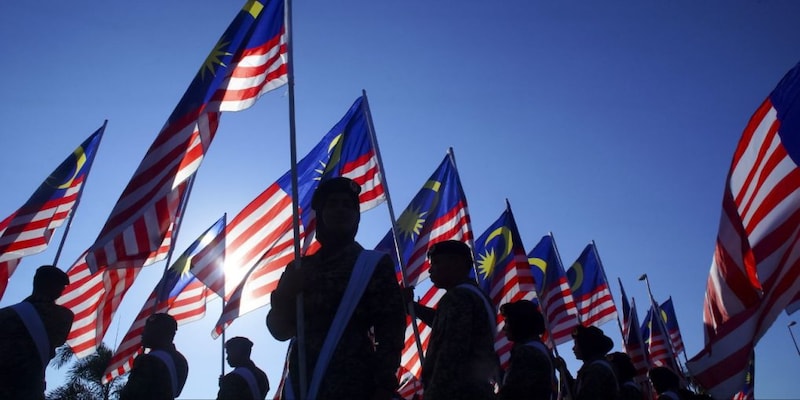 A record 945 candidates are contesting in Malaysia’s 15th general elections for 222 parliamentary seats on Saturday, November 19.

As Malaysians prepare to cast their votes in a keenly contested election on Saturday, political experts predict more drama as there is still no certainty of a clear winner. Many believe that the long-time ruling party Barisan Nasional could return to power, even though four years ago the opposition coalition Pakatan Harapan swept it out for the first time in 60 years.

Barisan is Malaysia’s longest-ruling coalition, which includes the coalition’s founding member and the nation’s oldest political party, United Malays National Organisation (UMNO). The UMNO ruled the country since its independence from Britain in 1957.
In 2018, Barisan lost after allegations surfaced against then Prime Minister Najib Razak for his involvement in the embezzlement of billions of dollars from the Malaysian sovereign wealth fund 1MDB. Razak has since then been sentenced to 12 years imprisonment.
Also read: What does the US House speaker do? Here’s what Nancy Pelosi’s successor will have for a job
However, the Pakatan government soon fell due to infighting and defection of coalition members.
Mahathir Mohamad, who had led the Opposition to oust a long-ruling party in 2018, resigned after 22 months in office and the coalition fell apart. UMNO bounced back to power. However, the country has been rocked by continuous political infighting and has had three prime ministers since 2018.
As a result of the political crisis, more coalitions will be contesting the general election in Malaysia on November 19. A record 945 candidates are contesting in Malaysia’s 15th general elections for 222 parliamentary seats on Saturday.
Who to watch out for?
Pakatan Harapan will hope to secure a more stable win under the leadership of Anwar Ibrahim. Ibrahim is hoping to become the prime minister after being denied leadership for more than 20 years. Pakatan has fielded 206 candidates.
Barisan Nasional is fielding 178 candidates, including current Prime minister Ismail Sabri Yaakob, who is a member of UMNO. Yaakob is locked in a power struggle with party President Ahmad Zahid Hamidi for most of the time he has been in power.
The third coalition to watch out for is Perikatan Nasional, which has fielded 149 candidates. This coalition was formed in 2020 after members of Pakatan defected from the coalition.
Also read: Sweden confirms Nord Stream sabotage, says traces of explosives found at pipelines
Two of the leaders responsible for the coup are Mohamed Azmin Ali, the minister of international trade and industry, and Muhyiddin Yassin, who served as Prime Minister after Mahathir stepped down.
97-year-old statesman Mahathir himself is also contesting elections with his own coalition of four parties called the Gerakan Tanah Air, which will be contesting 125 seats.
Barisan ties with India
In 2013, the ethnic Indian minority community in Malaysia played a decisive role in the electoral victory of Barisan Nasional.
The coalition would not have been able to secure a win in several areas if the ethnic Indians had not voted for Barisan, which had candidates from the largest Indian party in the country, Malaysian Indian Congress. MIC is a major Umno ally. Former Malaysian Prime Minister Najib Razak courted India and Indians again in 2018 as he believed strategic engagement with the Narendra Modi government was an important way to win over Malaysian Indians.
Mahathir and India
Relations between Malaysia and India strained after 2018 under the leadership of former prime minister Mahathir Mohamad, following his remarks on Kashmir. In September 2019, Mahathir’s move to raise the Kashmir issue at the UN General Assembly drew a strong reaction from the Ministry of External Affairs (MEA). Apart from saying that Kashmir was "an integral and inalienable part of India," the Indian government imposed a de facto ban on the import of Malaysian palm oil the same year. This hit the country as Malaysia is the main supplier of palm oil to India.
The senior statesman later admitted on WION news channel that the ties between the two countries had strained due to his remarks on Kashmir, but said "the relationship was very good, even under my leadership".
Hamidi and India
In 2022, Barisan Nasional leader Zahid Hamidi is keenly looking to re-establish strategic ties with some regional countries, including India, China, UAE and Saudi Arabia, after they were summarily disrupted by the Mahathir-led coalition.
Zahid is looking to build ties with India as a critical strategic partner in areas such as regional security, anti-terrorism and de-radicalisation, tax and banking, defence technology, biotechnology, next-generation information technology and cyber security, palm oil exports, food security and food processing, infrastructure projects and joint energy exploration and processing, Malaysia-based political analyst Ravindran Devagunam wrote in Firstpost.
65th anniversary of India-Malay ties
Earlier this year, India and Malaysia vowed to deepen ties at the 5th Foreign Office Consultations at Putrajaya in the post-Covid period.
Both countries said they hoped to advance the bilateral relations within the framework of the Enhanced Strategic Partnership of 2015, PTI reported.
This year marks 65 years of the establishment of diplomatic relations between the two countries. Both sides agreed to hold commemorative events to mark the anniversary.
Bilateral trade between the two countries stands at $20 billion, which saw a significant 34 percent jump from last year, despite the pandemic, The Times of India reported.
Also read: UK economy set to shrink next year, says Jeremy Hunt in budget speech
Check out our in-depth Market Coverage, Business News & get real-time Stock Market Updates on CNBC-TV18. Also, Watch our channels CNBC-TV18, CNBC Awaaz and CNBC Bajar Live on-the-go!