Heavily mutated COVID-19 variant emerges in South Africa: What we know about B.1.1.529 and its impact on India

Heavily mutated COVID-19 variant emerges in South Africa: What we know about B.1.1.529 and its impact on India 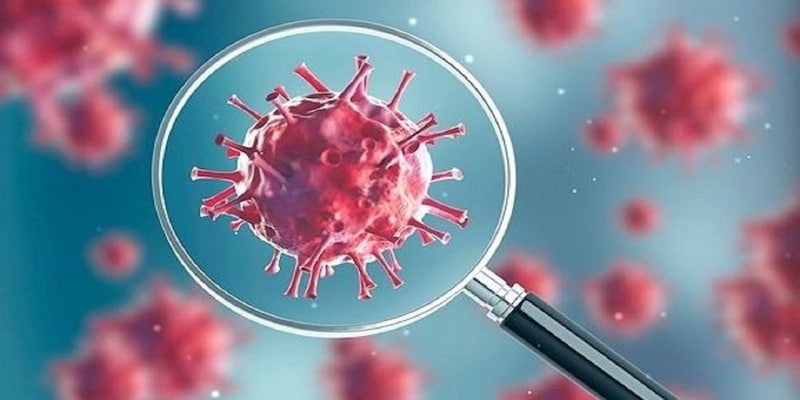 COVID variant B.1.1.529 was first spotted in genome-sequencing data from Botswana. The variant seems to be spreading fast, with 77 fully confirmed cases found in Gauteng province of South Africa, four detected in Botswana and one in Hong Kong, that is directly linked to travel from South Africa.

A new heavily mutated COVID-19 variant that has been detected in South Africa is raising concerns all over the world. The variant -- called B.1.1.529 -- seems to be spreading fast, with 77 fully confirmed cases found in Gauteng province of South Africa, four detected in Botswana and one in Hong Kong, that is directly linked to travel from South Africa.

According to primary research findings, the variant harbours a constellation of mutations and thus, is likely to have a higher transmission rate than the Delta variant.
What we know about the B.1.1.529 variant of COVID-19
COVID variant B.1.1.529 was first spotted in genome-sequencing data from Botswana. It caught the attention of scientists as the variant has more than 30 mutations on the spike protein, which lets the virus unlock the doorway into our body's cells.
The variant, like Alpha and Delta, will be given a Greek code-name by the World Health Organization.
South African researchers have found that the variant has 10 mutations compared to just two for the deadly Delta variant.
The mutations likely came from a single patient who succumbed to the virus.
However, scientists have pointed out that all mutations are not necessarily bad. This heavy mutation is concerning as the new variant is significantly different from the original one that emerged in Wuhan (China), thus raising the fear that the existing vaccines might not be as effective against B.1.1.529.
World Health Organisation's response
WHO's Infectious Disease Epidemiologist Maria Van Kerkhove acknowledged the threat that the new variant may pose during a question and answer session with the press. She said, "This is a variant that was reported to us by our colleagues in South Africa. There are fewer than 100 genomes available, so, we don't know very much about it yet. However, we do know that this variant has a large number of mutations."

She added that researchers are getting together to understand what these mutations will mean for diagnostics, therapeutics, and vaccines. "It will take us a few more weeks to understand the impact of this variant... The Technical Advisory Group on SARS-CoV-2 Virus Evolution (TAG-VE) will discuss if this will become a variant of interest or a variant of concern. Subsequently, we will give it a Greek name (like Aplha, Beta, Delta variants)," Kerkhove told reporters.
Preventative measures in India
According to new agency ANI, official sources have confirmed that India has so far not reported any case of the new variant.
Taking cognisance of the new COVID-19 variant, the Health Ministry on Thursday issued a direction to states asking them to subject international travellers coming from and transiting through Botswana, South Africa, and Hong Kong to "rigorous screening and testing".
Health Secretary Rajesh Bhushan said that the new variant has "serious public health implications for India in view of the recently relaxed visa restrictions and opening up of international travel".
Check out our in-depth Market Coverage, Business News & get real-time Stock Market Updates on CNBC-TV18. Also, Watch our channels CNBC-TV18, CNBC Awaaz and CNBC Bajar Live on-the-go!