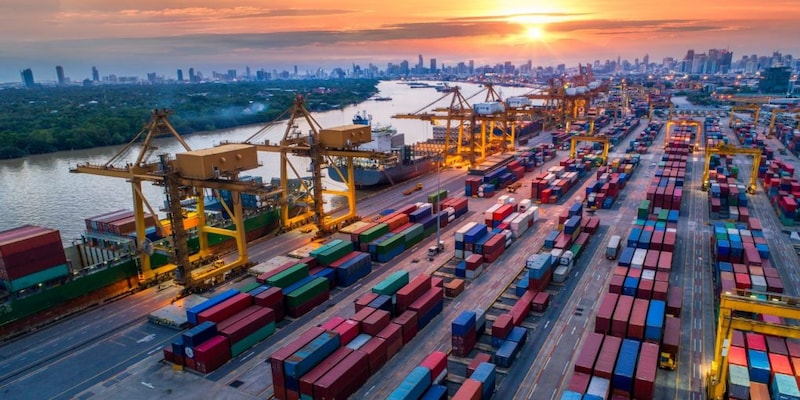 A Free Trade Agreement with the Gulf Cooperation Council provides India with an opportunity to boost its relationship with the grouping. India will aim for a mutually beneficial deal with a focus on labor-intensive sectors.

India and the Gulf Cooperation Council (GCC) will launch negotiations for a Free Trade Agreement (FTA) on Thursday to boost business and investments. The South Asian republic will aim for a fair and mutually beneficial FTA deal with a focus remaining on labour-intensive sectors and aims to generate over a lakh jobs through this deal. "GCC officials will be here for the announcement," the official said to PTI.

India-GCC Trade
India and GCC countries have shared a historic relationship for centuries. Among essential imports, India purchases crude oil and natural gas from the GCC countries and exports precious and semi-precious stones, imitation jewellery, metals, chemicals, iron and steel, and electrical machinery, among others.
As per India's Commerce Ministry, the country's exports to the GCC member countries grew by 58.26 percent to about USD 44 billion in 2021-22 as against USD 27.8 billion in the previous year. Moreover, the share of GCC countries in India's total exports rose to 10.4 percent in 2021-22 from 9.51 percent in 2020-21.
The share of GCC members in India's total imports rose from 15.5 percent in 2020-21 to 18 percent a year later. Similarly, imports increased by 85.8 percent to USD 110.73 billion in 2021-22 against 59.6 billion in 2020-21.
Witnessing a record jump, bilateral trade between the two regions increased to USD 154.73 billion in 2021-22 from $87.4 billion in 2020-21.
This comes after an FTA had already been signed between India and one of the members of GCC- UAE. India-UAE bilateral trade stands at $72.9 billion in 2021-22 vis-a-vis $43.3 billion in 2020-21.
India's trade with GCC Countries
The UAE was the third-largest trading partner of India in 2021-22, whereas Saudi Arabia occupied the fourth position. Trade with UAE increased to $ 72.9 billion in 2021-22 compared to $43.3 billion a year ago. Total bilateral trade with Saudi Arabia rose to about $43 billion in 2021-22 from $22 billion in 2020-21.
India imports 8.5 million tonnes a year of LNG from Qatar and exports products ranging from cereals to meat, fish, and chemicals, among others. Kuwait was India's 27th largest trading partner, with trade jumping to USD 12.3 billion in 2021-22 against 6.3 billion in 2020-21.
Oman was India's 31st largest trading partner in 2021-22, with bilateral trade touching $10 billion in 2021-22 against $5.5 billion a year earlier. Bilateral trade between Bahrain and India stood at USD 1.65 billion in 2021-22 as against $1 billion in 2020-21.
Also Read: India-Gulf Cooperation Council to launch free trade pact negotiations on November 24: Report
GCC's importance to India
Besides trade, Gulf nations host a sizable Indian population that is important for employment and remittances. Nearly half the population resides in Gulf countries, and the estimated 32 million non-resident Indians (NRIs).
The World Bank's November 2021 report highlighted that a sizable portion of India's $87 billion foreign remittances came from the GCC nations that year.
Further, India heavily relies on these countries for its energy needs, especially for crude oil.
Earlier negotiations
Two negotiations between India and GCC were held earlier in 2006 and 2008. The GCC deferred the third round of talks. The group is a union of six Islamic countries in the Gulf region - UAE, Saudi Arabia, Qatar, Kuwait, Oman, and Bahrain.
With input from PTI
Also Read: India-UAE CEPA will serve as a template for probable India-GCC Free Trade Agreement: Says FIEO
.
Check out our in-depth Market Coverage, Business News & get real-time Stock Market Updates on CNBC-TV18. Also, Watch our channels CNBC-TV18, CNBC Awaaz and CNBC Bajar Live on-the-go!