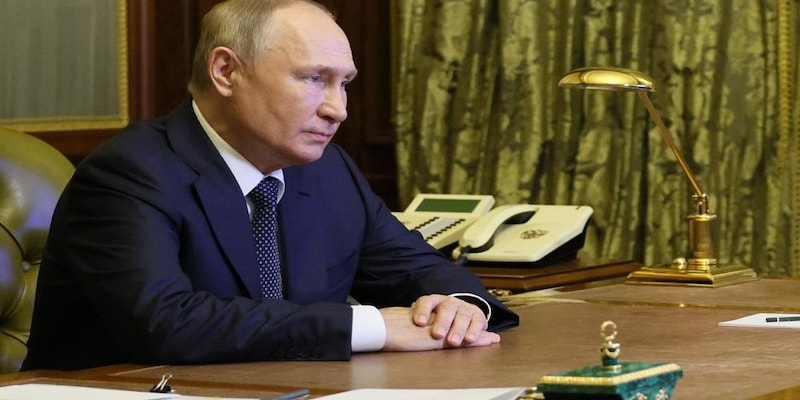 “We are working to solve very difficult large-scale tasks to ensure Russia’s security and safe future, to protect our people … Those who are on the frontlines or undergoing training at firing ranges and training centres should feel our support and know that they have our big, great country and unified people behind their back,” Putin said in a televised statement.

The martial law proclamation comes along with the establishment of the new state coordination council. The move is meant to fulfil the objectives of the invasion of Ukraine, which started on February 24, 2022.

The Russian constitution allows the declaration of martial law “in the event of aggression against the Russian Federation or of a direct threat of aggression,” according to The Moscow Times.

What are the effects of martial law?

While two of the “annexed” territories, Donetsk and Luhansk, were already under martial law when they were under the control of the Russian-supported breakaway rebel Donetsk People’s Republic and the Luhansk People’s Republic, the new decree may bring additional restrictions.

Martial law under Russia’s constitution gives the government the power to ignore “the rights and freedoms of citizens of the Russian Federation, foreign citizens and stateless persons.” The martial law may expand restrictions on movement, freedom of speech, and public gathering.

Also read: US, allies to discuss Iranian drone transfers to Russia at UN

While the country will not be closing its borders following the martial law coming into effect on Thursday, October 20, it will also give the government greater power to impose curfews, residence restrictions, censor publication and sharing of information, and other measures. The leaders of the four regions have also been given undefined “additional powers.” The law also states that Russia can take other measures under martial law like "additional obligations" and "general or partial mobilization,” according to The Moscow Times.

The new rule says the neighbouring Russian provinces of Krasnodar, Belgorod, Bryansk, Voronezh, Kursk and Rostov regions, and the annexed Crimean peninsula will also have to increase their security, implement movement restrictions and evacuate citizens if needed.

Finally, while martial law has never been enacted in the entire country, the new decree highlights that Russian citizens could soon have to contend with additional restrictions in the future.

The decision to impose martial law nearly eight months into the conflict highlights Putin’s growing frustration with the vigorous Ukranian pushback. Russia had hoped for a quick and easy victory, but Ukrainian forces have claimed to drive out Russian forces almost completely out of the Zaporizhzhia Oblast, while making considerable headway towards the city of Kherson in the south, which is the biggest Ukrainian population centre in Russian control.

The region’s Russian-installed leader Vladimir Saldo recently said they would be evacuating nearly 50,000-60,000 citizens from the city. Sergei Surovikin, the newly-appointed Russian air force general in charge of the invasion, has admitted that the situation in Kherson is “very difficult.”

Russia’s poor showing has meant that the country had to recently enact a partial mobilisation law that called for 300,000 reservists to fight in the front lines. Multiple reports have emerged of the newly-drafted conscripts not receiving uniforms, food or proper equipment, all of which points to a huge breakdown in logistical operations within the armed forces.

The country has since renewed its attacks on civilian infrastructure, using missiles, artillery and even Iranian-made kamikaze drones to soften Ukraine once more. Combat across frontlines meanwhile intensified as Ukrainian forces continued to move forward.