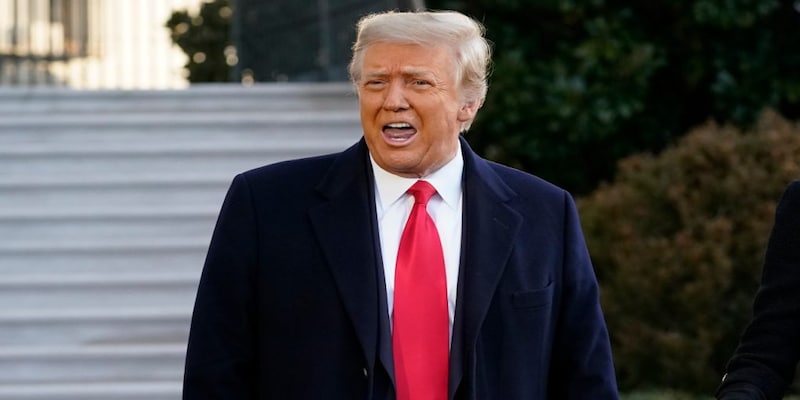 The Twitter account of former US President Donald Trump has been reinstated after the social media company's new owner Elon Musk tweeted that a poll had favoured this.

The Twitter account of former US President Donald Trump is back up again after the social media company’s new owner Elon Musk tweeted that the account will be reinstated.

”The people have spoken. Trump will be reinstated. Vox Populi, Vox Dei,’ Musk tweeted Saturday.
Musk had run an online poll asking whether Trump’s account should be reinstated. The former President, who recently announced that he would run for White House in 2024, managed to get the nod in the Twitterverse. Trump’s Twitter account appeared to be back as of Sunday morning and the last tweet was dated January 8, 2021, in which Trump said, ”To all of those who have asked, I will not be going to the Inauguration on January 20th.” Trump was permanently suspended from the social media site in January 2021, just days after the attempted insurrection by pro-Trump supporters at the US Capitol.
Also Read | A look at 5 ongoing cases against Donald Trump
Twitter’s top lawyer, Indian-American Vijaya Gadde was at the forefront of the dramatic decision to suspend the former US President’s Twitter account. Gadde had tweeted that the ”account of @realDonaldTrump has been permanently suspended from Twitter due to the risk of further violence. We’ve also published our policy enforcement analysis – you can read more about our decision here”, linking to a Twitter blogpost about the company’s decision to permanently suspend Trump’s Twitter account through which he communicated to his more than 88 million followers.
Gadde, CEO Parag Agrawal, legal executive Chief Financial Officer Ned Segal and General Counsel Sean Edgett were among the top Twitter executives fired by Musk immediately after he took control of the social media company following a 44 billion-dollar acquisition.
At the time when Trump’s Twitter account was reinstated, it showed that he had one million followers and that number quickly grew to 2.1 million in just under 30 minutes.
(Text inputs from PTI)
Check out our in-depth Market Coverage, Business News & get real-time Stock Market Updates on CNBC-TV18. Also, Watch our channels CNBC-TV18, CNBC Awaaz and CNBC Bajar Live on-the-go!