Will missile strike on Poland trigger an all out war? All your questions answered

Will missile strike on Poland trigger an all out war? All your questions answered 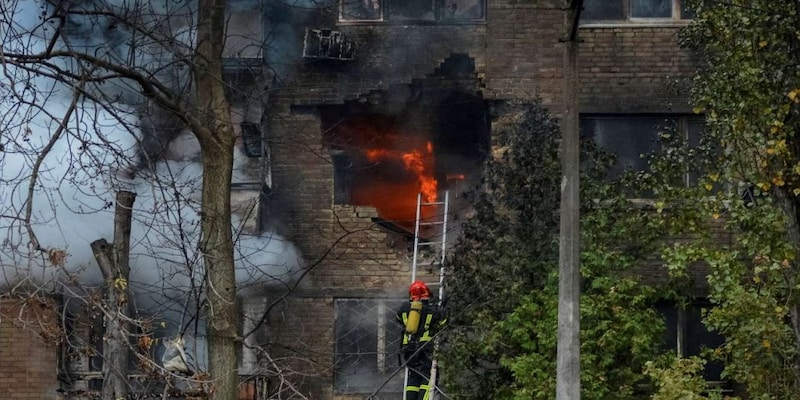 US President Joe Biden called for an “emergency meeting” with G7, NATO leaders in Bali, Indonesia after Poland claimed that a Russian-made rocket killed two people in eastern Poland near Ukraine, and it summoned the Russian ambassador for an explanation on the incident. Read on to find out what happens next

The United States on November 15 said that it was investigating reports of a blast in NATO member Poland, which apparently resulted from stray Russian missiles, but Russia's defence ministry was quick to deny it. The NATO member claimed that a Russian-made rocket killed two people in eastern Poland near Ukraine, and it summoned Russia's ambassador to Warsaw for an explanation after Moscow denied it was responsible.

Later, US President Joe Biden called for an “emergency meeting” with G7, NATO leaders in Bali, Indonesia, as global leaders are in the country for the G20 meeting. Leaders from NATO members Germany, Canada, Netherlands, Spain, Italy, France and Britain attended, as well as non-NATO member Japan and representatives from the European Union. US Secretary of State Anthony Blinken and White House National Security Advisor Jake Sullivan are seen seated as US President Joe Biden speaks with Poland's President Andrzej Duda (not pictured) behind the scenes at the G20 summit, following what Poland called a strike by a Russia-made projectile at a grain facility in Przewodow, near the Ukrainian border, in Bali, Indonesia November 16, 2022.(Image: Reuters)
Did Russia fire missiles at Poland?
US President Joe Biden said on Wednesday after the emergency meeting, "There is preliminary information that contests (whether the missile was fired from Russia). I don't want to say that until we completely investigate it, but it is unlikely in the lines of the trajectory that it was fired from Russia, but we’ll see."
The United States and NATO countries would fully investigate before acting, Biden said.
Russia denies it attacked Poland
Russia's defence ministry denied that Russian missiles hit Polish territory, describing such reports as "a deliberate provocation aimed at escalating the situation".
Kremlin spokesperson Dmitry Peskov said he had no information on an explosion in Poland. Latvian Deputy Prime Minister Artis Pabriks said the situation was "unacceptable" and it could lead to NATO providing more anti-aircraft defences to Poland and Ukraine.
Initial findings by US officials suggest that the missiles that hit Poland were fired by Ukrainian forces at incoming Russian missiles. Associated Press quoted US officials as saying that after an emergency meeting of G7 leaders was held over the incident in Indonesia. Two people were killed in an explosion in Poland's Przewodow, a village in eastern Poland about 6 kilometers (3-1/2 miles) from the border with Ukraine, firefighters said.
Also read: NATO, G7 leaders support probe into Poland blast
What would happen if Russia deliberately attacked a NATO Nation?
As Russian military activity nears the Ukrainian border, the potential for direct confrontation between Russia and the alliance increases. Earlier, on March 13, Russian aircraft reportedly fired rockets at the Yavoriv International Center for Peacekeeping and Security, which is located 20 km from Ukraine's border with Poland.
Mistakes do happen in all military organisations, something witnessed on 9 March 2022, when India accidentally fired a BrahMos missile originating from Sirsa, Haryana that crashed into Mian Channu, Khanewal District in Pakistan’s Punjab.
If such an event occurs between Poland and Russian forces in Ukraine, it's unlikely that the Polish government would be convinced the missile launch had been a mistake, but would definitely initiate a high-level investigation, before acting on it.
Also read: Russian foreign ministry says reports of Sergey Lavrov's hospitalisation 'fake'
Polish officials sought to avoid inflaming the situation. Morawiecki called on all Poles to remain calm, and President Duda said there was no concrete evidence showing who fired the missile and that it was a one-off incident.
Biden told Duda in a call that Washington has an "ironclad commitment to NATO" and will support Poland's investigation.
The Polish foreign ministry said the rocket fell on Tuesday afternoon on Przewodow, a village in eastern Poland about 6 kilometres (3-1/2 miles) from the border with Ukraine, killing two.
Collective defense and invocation of Article 5
According to the NATO treaty, “The principle of collective defence is at the very heart of NATO’s founding treaty. It remains a unique and enduring principle that binds its members together, committing them to protect each other and setting a spirit of solidarity within the Alliance.
"Article 5 of the treaty provides that if a NATO Ally is the victim of an armed attack, each and every other member of the Alliance will consider this act of violence as an armed attack against all members and will take the actions it deems necessary to assist the Ally attacked."
(With inputs from agencies)
Check out our in-depth Market Coverage, Business News & get real-time Stock Market Updates on CNBC-TV18. Also, Watch our channels CNBC-TV18, CNBC Awaaz and CNBC Bajar Live on-the-go!