Day of 8 billion: How the global population has doubled in 50 years and now what?

Day of 8 billion: How the global population has doubled in 50 years and now what? On November 15, the world’s population will reach eight billion. In 1950, the population stood at 2.5 billion.

Reaching a major milestone in human development, the world’s population has reached eight billion on November 15. The world population surpassed this mark only after 11 years of passing the seven-billion milestone. This was revealed in the World Population Prospects Report 2022 that released on July 11.

On the 'day of 8 billion,' here’s a look at some of the key trends and factors driving population growth since 1950: Also read: Over 1.5 million people had missed or delayed TB diagnosis in 2020 due to COVID: Study

The growth in population is partly caused by declining levels of mortality and increased levels of life expectancy at birth.

The annual growth rate of the world population was the fastest between 1962 and 1965, over the 100-year period between 1950 and 2050, reaching an average of 2.1 percent per year. Since then, the population growth rate slowed by more than half due to lower levels of fertility. Also read: These 10 countries have the highest number of Internet users in 2022

Around the world, life expectancy reached 72.8 years in 2019, which is an increase of almost nine years since 1990. Average longevity is set to increase to around 77.2 years globally in 2050 due to further reduction in mortality. 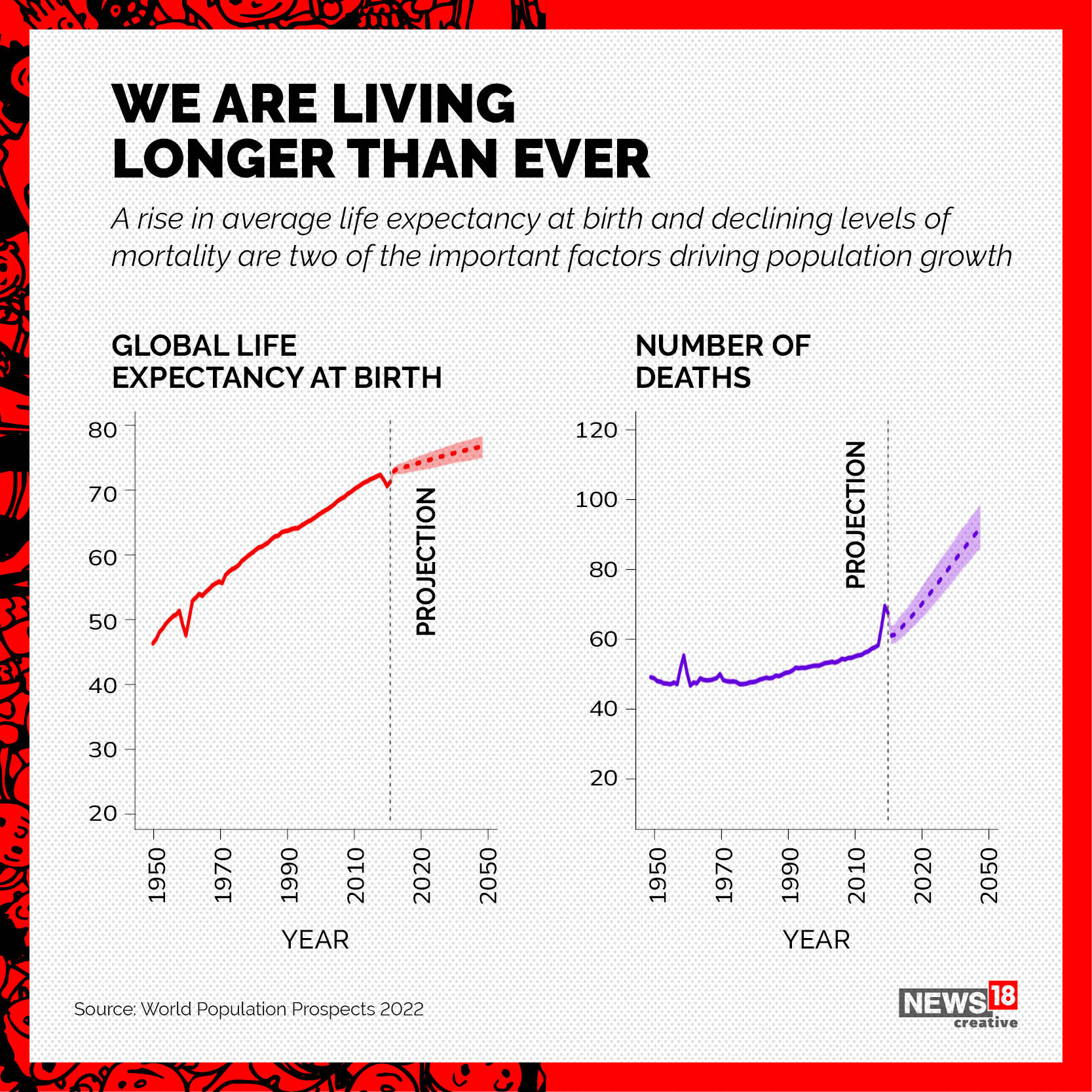 From 2022 to 2050, more than half of the projected increase in the global population will be concentrated in eight countries – India, Pakistan, the Philippines, Egypt, Congo, Ethiopia, Nigeria, and the United Republic of Tanzania.