China could invade Taiwan in 2023-24, warns US Navy chief

China could invade Taiwan in 2023-24, warns US Navy chief 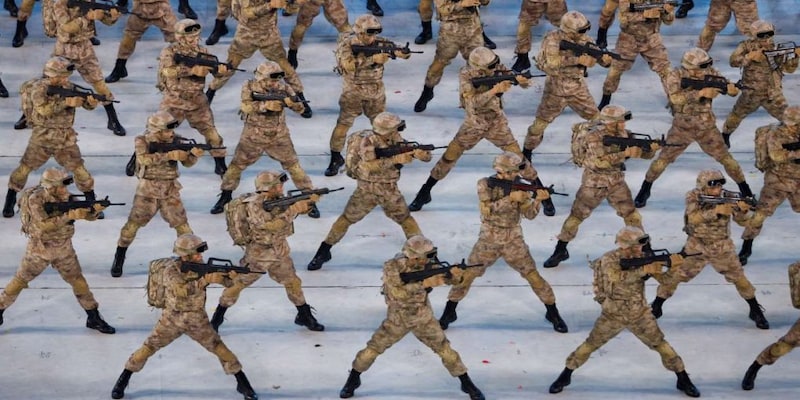 The US Navy must be prepared to react to a Chinese invasion of Taiwan as soon as this year or next, the service’s top officer said.

China could invade Taiwan as early as this year or next, the chief of US naval operations Admiral Mike Gilday said at a forum in Washington on October 20. The comment from Gilday comes days after US Secretary of State Antony Blinken warned that Beijing was pursuing reunification with the island on an expedited timeline.

The Chinese Communist Party concluded its 20th Party National Congress on Sunday, and while the US military is analysing the implications of Chinese leaders' public statements, Adm. Gilday cautioned that China could meet its military goals sooner than expected.
Chinese President Xi Jinping has always opposed Taiwan's independence and in his speech said that "resolving the Taiwan question and realizing China's complete reunification is, for the Party, a historic mission and an unshakable commitment," according to a translation of the speech carried by breakingdefense.com.
Xi mentioned that Beijing would “never promise to renounce the use of force” and threatened to use "all measures necessary" to achieve reunification. However, he gave no timeframe for the same.
Also read |
Explained: What is the ‘one country, two systems’ policy of China
At the Atlantic Council event Adm. Gilday said that his assessment was not based just on speeches by the Chinese President, but “how the Chinese behave and what they do."
"What we’ve seen over the past 20 years is that they have delivered on every promise they've made earlier than they said they were going to deliver on it," said Gilday, according to a Radio Free Asia report. He added that when a 2027 window is mentioned, in his mind it has to be a 2022 window, or a 2023 window and it can't be ruled out.
Gilday is not the only American official to warn of an invasion of Taiwan sooner-than-expected.
Also Read | Key highlights from Xi Jinping's opening speech at China's Communist Party Congress
Last year, the US Indo-Pacific Command chief, Adm Phil Davidson, warned the US Congress that China was pursuing the military ability to invade Taiwan by 2027.
This week, Secretary of State Antony Blinken said Beijing was pursuing "reunification" with Taiwan "much faster" and there has been "a change in approach” by Beijing.
Earlier this week, Taiwan's top intelligence official also warned that China could threaten war next year to coerce the Taiwanese government to agree to bring the island democracy under Beijing's rule, as per a Nekkei Asia report.
(Edited by : Jerome Anthony)
Check out our in-depth Market Coverage, Business News & get real-time Stock Market Updates on CNBC-TV18. Also, Watch our channels CNBC-TV18, CNBC Awaaz and CNBC Bajar Live on-the-go!