An encounter with a wild cat in a forest is a memory to cherish, but with dwindling forest land, incidents of man vs wild encounters are increasing across national parks around the country.

In fringe areas around jungles, human settlements are seeing increased confrontations with wild cats, especially leopards as they stray towards these settlements in search of food.
In a similar incident, some stunning images have emerged, where a leopard has a miraculous escape after being hit by a motorbike. See photos below. Sridhar Sivaram a nature lover and Investment Director at Enam Holdings, who witnessed the incident and managed to capture it on his camera said: "I am giving an update of a very sad incident that I witnessed in Ranthambhore... a day before Holi." 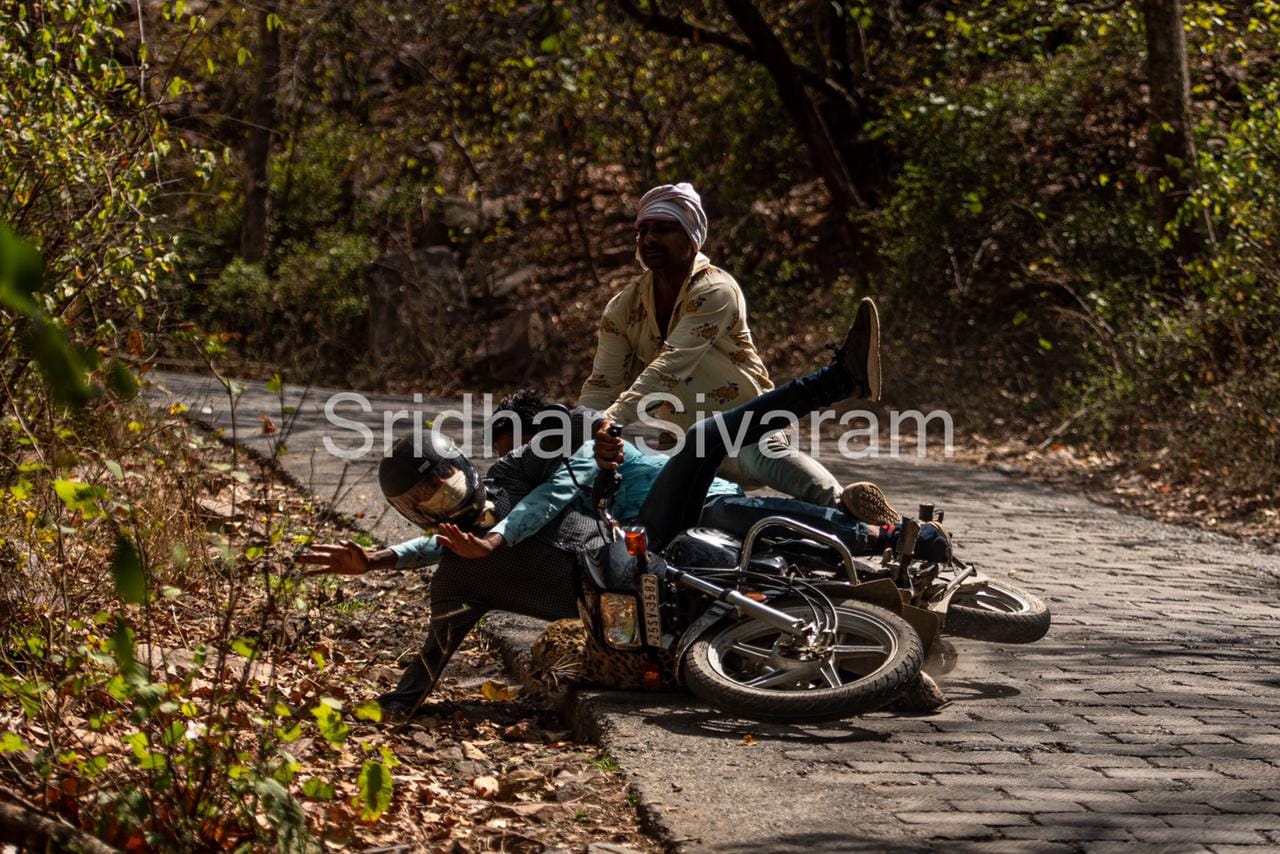 Sivaram, visited the sanctuary during the extended Holi weekend. He recalled, "It was around 1.30 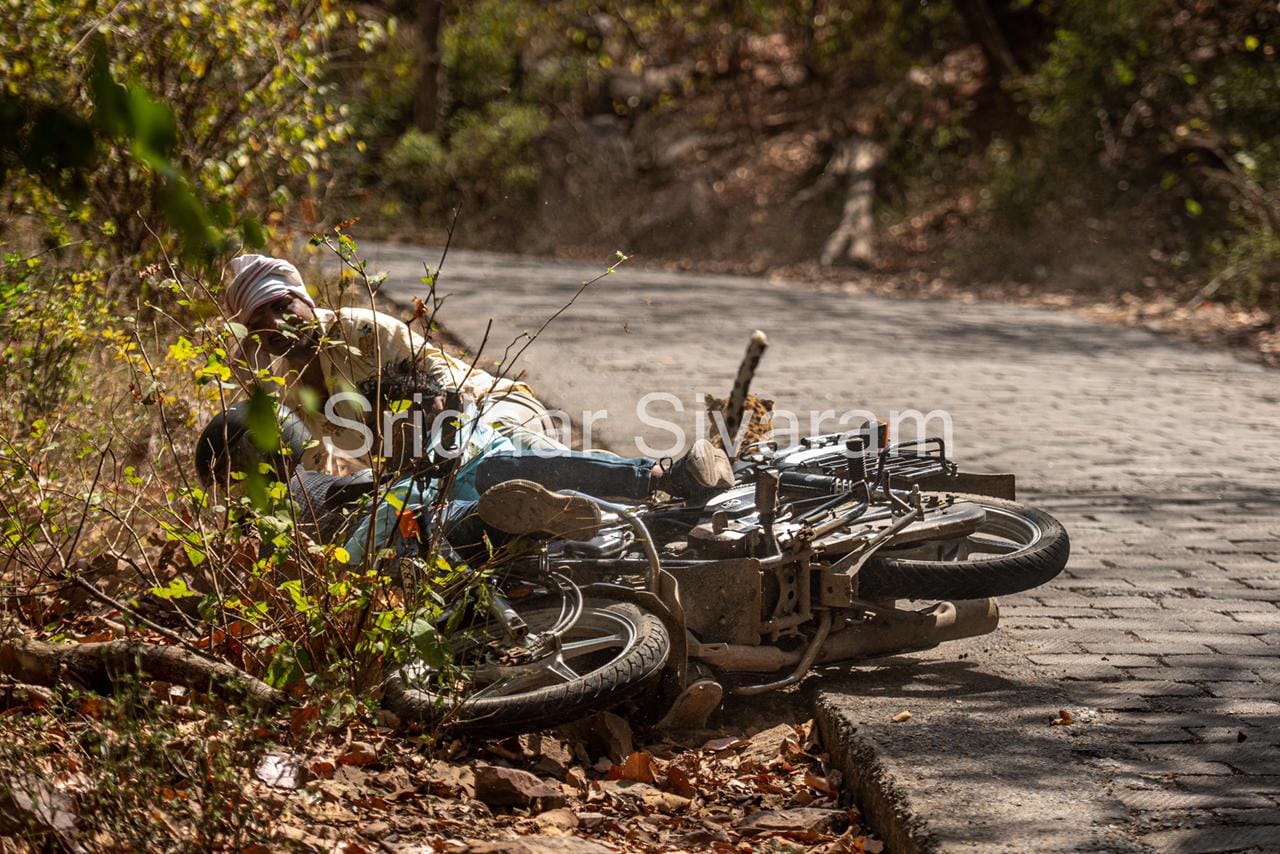 Sivaram continued, "As we headed a few 100 meters, (around the Adda Balaji Temple area ), we heard a call of langurs. There is a small pond nearby and we noticed something near the water. We reversed our vehicle, and parked along the road." “Fortunately, the leopard and the men escaped with very minor injuries," Sivaram said.
In the photos the leopard can be seen sprinting away into the jungle after the crash. 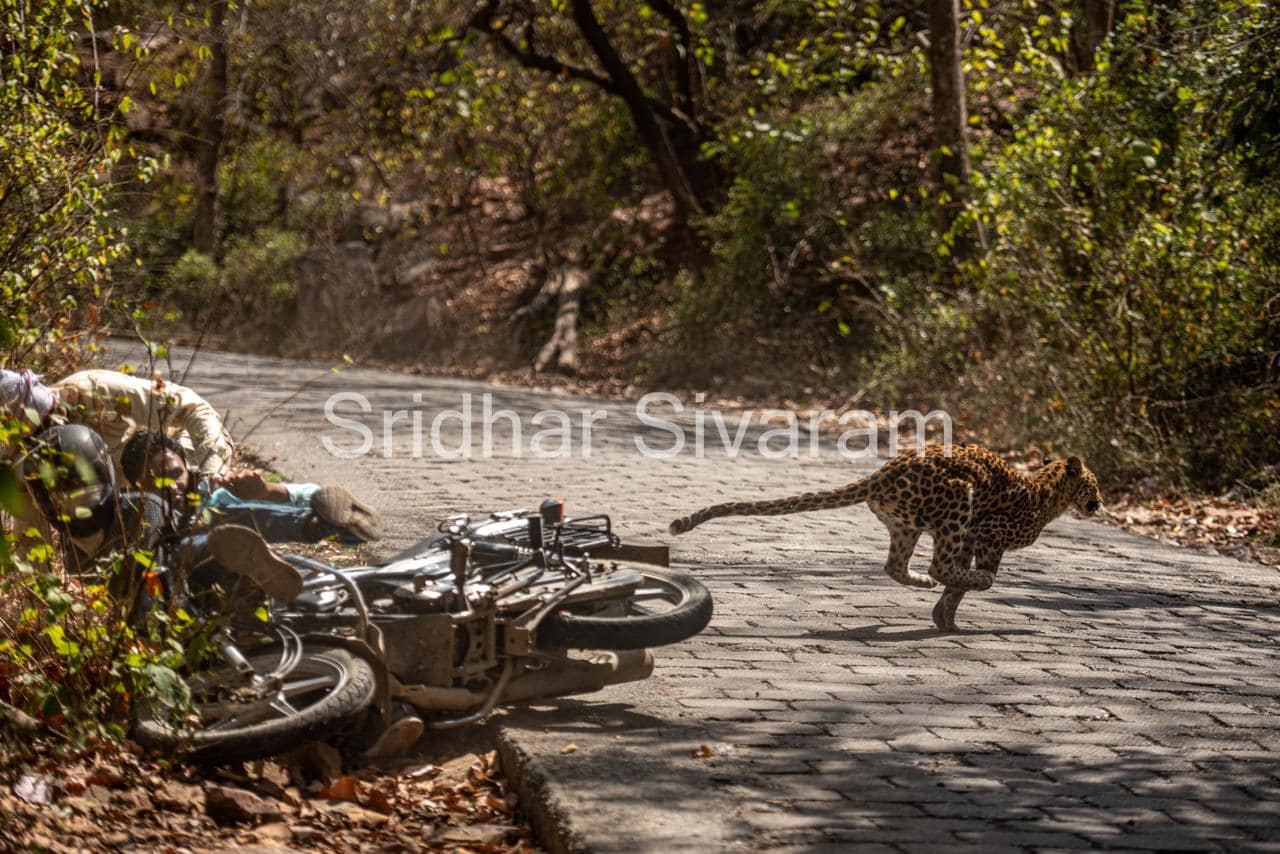