Will ‘Howdy, Modi’ event be turned into ‘Kemcho Trump’ extravaganza?

Updated : September 20, 2019 02:45 PM IST
The live audience will be the largest gathering for an invited foreign leader visiting the United States other than the Pope.
More than 50,000 to gather for giving a Texas-sized welcome to the Indian prime minister.

Usually it is the West which appropriates Indian terms so it is interesting to see how an American greeting is being absorbed into the Hindi lexicon with ‘Howdy Modi’. Will Howdy become the new kemcho or Namaskar?

‘Howdy, Modi – Shared Dreams, Bright Futures’, - a community summit in honour of Prime Minister Narendra Modi is being organised at NRG Stadium in Houston, Texas on September 22, 2019. Indeed, no less than 50-60,000 desis are descending on Houston, Texas and the Lone Star State is very much on the minds of Indian-Americans and Indians as Prime Minister Modi rides into Houston, Texas.

By car and by train, by bus and by plane, diasporic Indians from 48 US States are converging on the city. Over 50,000 attendees have registered for the sold-out event through online registration, and there is a waitlist for free passes.

This event is hosted by the Texas India Forum (TIF), a not-for-profit organisation that promotes cooperation between the United States and India. According to the organisers, “the live audience will be the largest gathering for an invited foreign leader visiting the United States other than the Pope. The ‘Howdy Modi’ summit has been organised with the support of more than 1,000 volunteers and 650 Texas-based Welcome Partner organisations.

So why Houston? There are more than 130,000 individuals of Indian origin in the Houston area, according to the American Community Survey in 2017. The event emphasises the growing relations between India and Houston as reflected in its trade figures. In 2019, India is Houston’s fourth-largest trading partner, just behind Brazil, China, and Mexico. From 2009 to 2018, trade between Houston and India averaged $4.8 billion annually and was valued at $7.2 billion in 2018.

Sandeep Chakravorty, Consul General of New York, points out that PM Modi has previously met the Indian community in New York, Washington and San Jose, and wanted to convene in a new place. Houston has a huge Indian-American and Indian population and there are big concentrations of the community in Dallas, in Arizona and Georgia so Houston was a convenient location.

“The purpose was to meet our Diaspora which is an important part of the Indo-US relationship, and as the relationship is growing, the importance of the Diaspora is growing,” says Chakravorty. “So we know that there is a need for this interaction.”

The big news which is causing a buzz is the fact that President Donald Trump will be attending the Modi event. Asked about the significance of this, Chakravorty noted that it brings the event to a whole new dimension where the leaders of the biggest democracy and the oldest democracy will both be attending: “They will be in a public forum in front of 50-60,000 people, and it sends a great message of the closeness of our ties. This is a meeting organised by the people, and I don’t think anywhere in the world this kind of thing has ever happened before.” 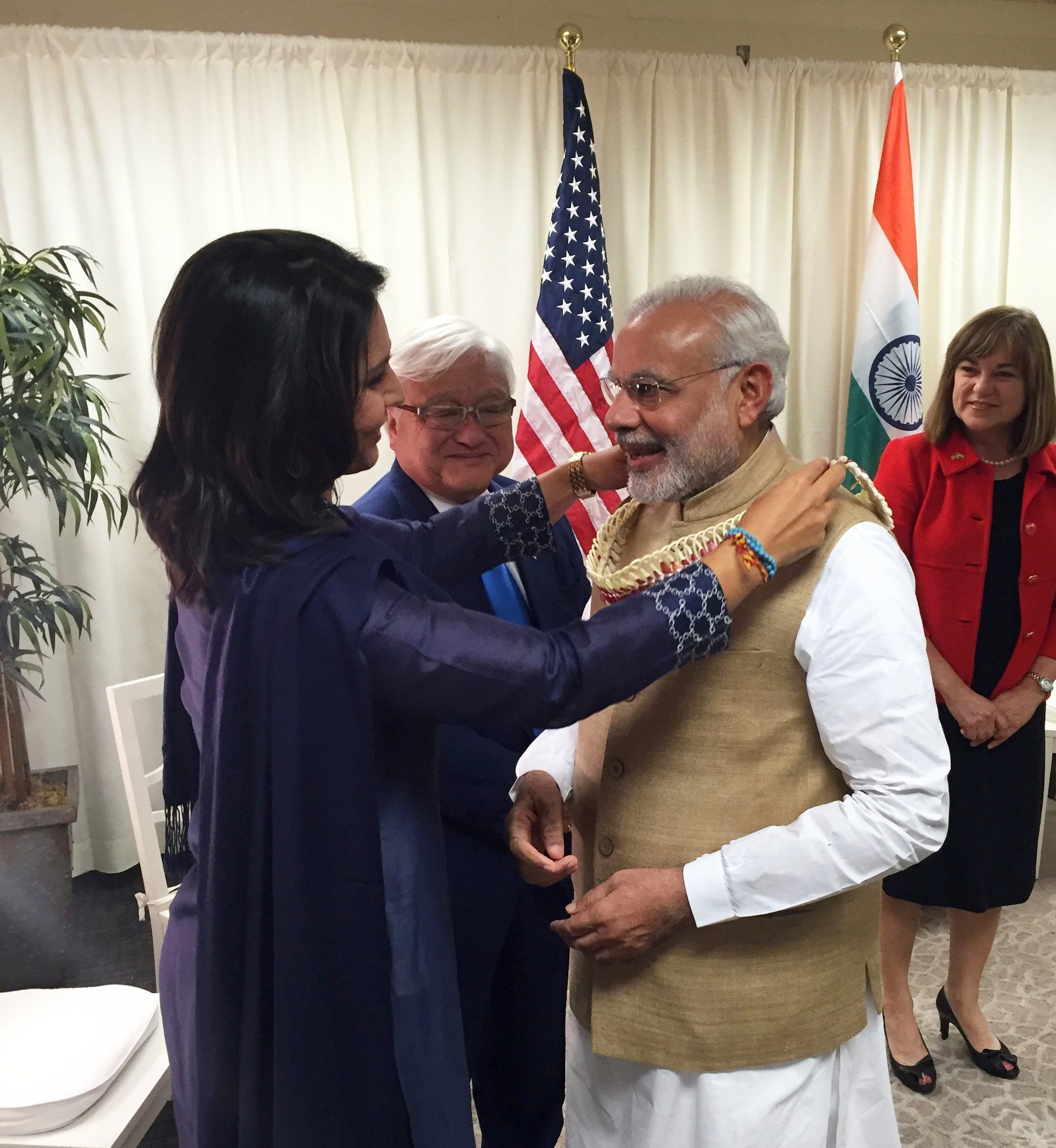 Texas India Forum, as the host of the event, is a community organisation,  and  it has invited the president and the prime minister as well as several American leaders. Says Chakravorty, “So it's an endorsement of the power of the Indian-American community, of the Diaspora, that they have been able to mainstream it by the attendance of  President Trump and over 40 senators and congressmen are also attending. It means that it's not only a community event but an American event, a national event.”

There is indeed a lot of interest from public figures and this tends to underline the importance of India as a world power.

'Howdy, Modi’ will be no less than the biggest Broadway show with “Woven: The Indian-American Story”, a 90-minute cultural programme that highlights Indian-Americans and their contributions to America. The programme will start at 10:00 am before PM Modi’s address to the stadium. According to Heena Patel, CEO of MELA Arts Connect and co-producer of the programme, Woven is a 90-minute music, dance, and multimedia show featuring about 400 artists and community members, with 27 groups performing and showcasing the talents of the Indian-American community.

“A challenge that many second and third generation Indian-Americans go through is navigating the complexity of having a hyphenated identity as an Indian and an American,” says Heena Patel. “Woven showcases the multiplicity of Indian-American experience. Our hope is that each person sees themselves in at least one form of expression and recognises that whatever mix of Indian and American they are, it is just right.”

‘Woven’ will celebrate the cultural underpinnings of Indian music and dance but will also highlight the innovation and creativity of the interaction of East and West.

The celebration is inter-generational and as spokesperson Gitesh Desai observes, “We really look forward to presenting this unique and interesting cultural show at the event, which will tell the story of our community in a way that’s never really been done before.”

While most people will have to make a pilgrimage to Houston to catch a darshan of PM Modi, since he has mostly official visits in New York, they will be able to catch him at a few events in the city, one being the celebration of the 150th centenary of Mahatma Gandhi; the other is the Bill and Melinda Gates Goalkeepers Awards on September 24th.Huge billboards have appeared in Houston, welcoming PM Modi to Houston. Greg Abbot, Governor of Texas, who visited India last year is looking to welcome Modi to Houston “to build upon their economic and cultural partnership.”

American governors, mayors and presidential contenders are all Houston-bound, and that does show India’s increased clout in the world. With the 2020 elections coming up, most presidential hopefuls have seen the value and potential of the Indian-American voters and their check books.

Rep. Tulsi Gabbard (HI-02) extended her welcome to Prime Minister Narendra Modi of India, and due to her presidential race commitments will not be able to attend ‘Howdy, Modi’ event.  She, however, made a video especially for the occasion, highlighting the importance of India in the American scheme of things. She said, “So as we build a strong and lasting partnership between our two nations, focusing on areas of economic growth, wealth and opportunity inequality, science, health, the environment, security, and counter-terrorism, we can bring about the ideal of Vasudhaiva Kutumbakam—recognising that everyone on our planet, we are all one family. There is no place for hate, or bigotry, ignorance and prejudice.”

As Indians and Americans convene in Houston, it is the ultimate networking event, a love fest. The hope is that dialogue is nurtured and strengthened between the two countries and ties that bind are created – the world is watching.