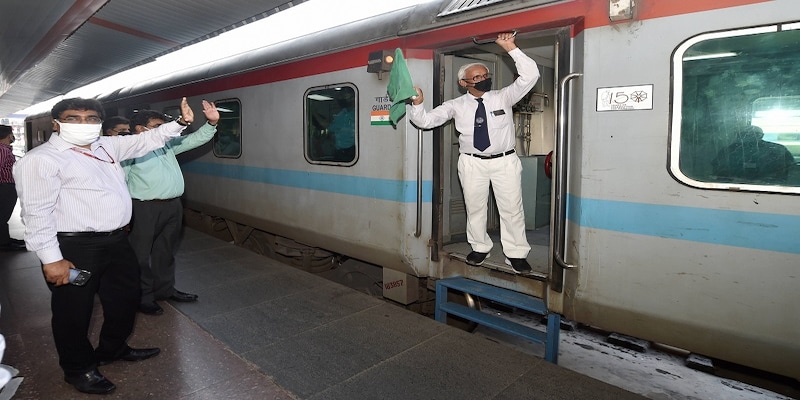 A society has a public face and here is where we must pull up our socks and measure upto the western standards. Indian Railways alone cannot enforce desirable public behaviour given the fact that there is life outside trains and railway stations, writes S Murlidharan.

In Singapore littering in public spaces is an offence visited with deterrent penalty for violation.  In the US too people carry their coffee paper cups in search of the nearest trash can and not throw them on streets with singular nonchalance in the cynical worldview that municipality will take care of the mess created by them.  And while walking with their dogs people in the US and most of the Europe carry sufficient plastic bags to mop up the poop made by the pet in public places, including walking trails, to be deposited in the nearest public trash can, and if they don’t spot one, to be taken back home to be disposed of into the trash can kept outside the house. In most of the states in the US, pedestrian rights are supreme so much so that a speeding car would come to an immediate halt when its driver spots a pedestrian crossing the road though not at the zebra crossing.

In India, most of the exemplary and desirable public behaviour is conspicuous by their absence.  A pedestrian often waits nervously and precariously on road dividers while the traffic speeds on unmindful of the plight of the pedestrian, senior citizen or young.
Switzerland does what might appear to be going too far to the couldn’t-care-less and insensitive people—you don’t flush your toilet after 10 PM as a matter of healthy convention lest the neighbours are disturbed in their sleep.  Again, in Switzerland, dogs’ collars are lit in red so that during nights they are not hurt while on roads with their masters.
It is against this backdrop that what the Indian Railways has done comes as a whiff of fresh air.  Loud speaking on cell phones and loud playing off music are now banned with railway staff given powers to talk the erring passengers down.  Music can be listened to in order to drive away boredom but without inconveniencing fellow passengers which is possible by wearing earphone. And after 10 PM lights except night lamps should be switched off
Also read: Indian Railways to act against those who talk loudly over phone, play music on trains
Delhi metro, of course, made spitting in its precincts punishable with a spot punishment of Rs 200 fine long ago.  It also made its trains as well as stations toilet free lest the overpowering stench offends fellow passengers and staff.
The steps taken by the Indian Railways must inspire more such steps towards ushering in ideal public behaviour that consists in not making nuisance of themselves.  But then no discussion especially the one that confers superiority to one side can be complete without a discussion on the flip side because the catalogue of accusations cannot be one-sided.  We in India may be by and large lacking in exemplary public behaviour but come smelling of roses when it comes to family life with respect for elders, respect for the sanctity of marriage , etc.  To be sure, western influences like same sex marriage and live-in relationship have reached our shores too.  Be that as it may because whataboutery is not the purpose of this article.
A society has a public face and here is where we must pull up our socks and measure upto the western standards.  Indian Railways alone cannot enforce desirable public behaviour given the fact that there is life outside trains and railway stations.  We have the Apex Court’s Vishaka guidelines to prevent sexual harassment of female colleagues by males.  While that has produced a modicum of discipline with CCTV cameras at right places making males circumspect, offices be they of governments or private sector can foster exemplary public behaviour by making queuing compulsory at various counters with only one person being allowed face to face on the other side.  What one witnesses is the nosy habit of others in the queue almost falling on the one being attended by the staff thereby upsetting her poise as well as privacy.
Similarly, on roads, discipline can be brought to the western level if only traffic police across the country read the riot act in favour of pedestrians.  Nitin Gadkari, the concerned minister who has been doing stellar works in making our national highways motorable and driving faster must spare a thought for pedestrians who pay with their lives for want of safe driving habits thereby making third party claims a nightmare for insurers.  Time has come for 'pedestrian rights are supreme' campaign in the country.
Cleanliness drive similarly brooks no delay.  That is the remit of municipalities across the country.  Indeed, for the common folks what is the most serious let-down is collective failure of municipalities.  Dog owners must be mandated to clean up the poops at public places instead of leaving them to fester and cause nuisance to the public.  Littering too has been a serious menace and municipalities across the country should put their heads together in preventing this nuisance which BTW would also obviate the need for street sweepers whom we don’t find in the western world.
—S Murlidharan is a CA by qualification, and writes on economic issues, fiscal and commercial laws. The views expressed in the article are his own.
Read his other columns
here
Check out our in-depth Market Coverage, Business News & get real-time Stock Market Updates on CNBC-TV18. Also, Watch our channels CNBC-TV18, CNBC Awaaz and CNBC Bajar Live on-the-go!