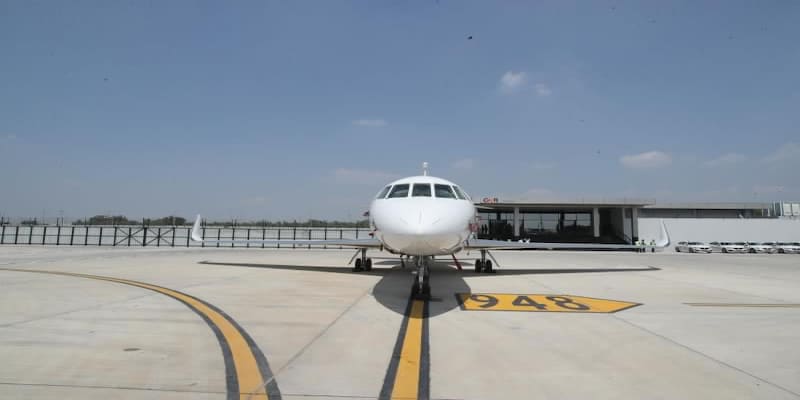 While, emergency credit is a welcome relief for some airlines who had seen credit lines fast disappearing, it may also have unintended consequences for the industry as a whole.

The government recently announced the enhancement of the emergency credit line guarantee scheme (ECLGS) for airlines. Specifically, airlines are now able to borrow funds upto 100 percent of their loans outstanding. The cap on this borrowing is at Rs 1000 crores and can further go up to Rs 1500 crore in case of equity infusion by promoters. The structure and ratio of that remains unclear. These funds in turn are guaranteed by the NCGTC (read: taxpayer) and payment terms are over six years. It is a welcome relief for some airlines who had seen credit lines fast disappearing. However, the emergency credit may also have unintended consequences for the industry as a whole.

Liquidity support to what end?
The ECLGS has been a welcome development for some airlines. It gives them much needed oxygen in terms of liquidity support. But what led to this situation of minimal liquidity was that stand-alone the balance sheets were (and are) far too weak to giver lenders any comfort. Liens on cash-flow became unviable because of the uncertainty of the cash-flow and in some cases pre-existing liens. Debt funding or other forms of financing such as structured credit were not to be found. This in turn is forced lenders to limit risk by insisting on collateral. Collateral that some airlines just did not have. Consequently, there was a liquidity challenge that was emerging and impacting operations for some airlines.
But the emerging question is: liquidity support to what end? Because, in the backdrop there are also macro challenges with few mitigating measures. The rupee continues to depreciate and jet fuel is at high levels. Lending is constrained and with increasing central bank action the cost of funds is going up. Inflation too has impacts on both purchasing power and supplier contracts. This in a market scenario where price is the key determinant of demand. Increase prices and at a trigger point demand falls off a cliff. Thus airlines are left with a very challenge proposition and resort to cutting costs in all other means possible. This includes cancellation and clubbing of flights, payment delays and deferring items that can be deferred. Other challenges like employee strife are also showing up every so often.
Is this a case of Zombie lending?
While the ECLGS is a welcome respite for some it is not without unintended consequences. Indeed it poses an interesting dilemma which in some ways is leading to a case of “zombie lending.” Specifically, a case of lending where credit is extended in spite of poor fundamentals. Effectively weaker airlines may get credit at a cost of borrowing that is lower than that extended to the stronger airlines. A spiraling effect follows. And most of this capital is used towards continuing operations rather than growth. Consequently, effects on capacity, capital deployment and improving the balance sheet are negative. In a text-book case of intent versus impact, distressed airlines are kept afloat while the industry suffers from diluted pricing power, reduced capacity utilization and distortion in borrowing rates. Weak balance sheets that are partly responsible for this fragile situation become weaker.
The situation is exacerbated by the fact that India’s airlines are collectively 1200+ aircraft orders. These orders have to be financed and the sale-and-leaseback continues to be a core financing strategy for several airlines. But this is also a double edged sword. Because contractual clauses entail minimum delivery commitments and some of the weaker airlines are taking on aircraft to unlock the sale-and-leaseback cash-flow only to find themselves deploying unprofitable capacity. Which further impacts the supply demand dynamics and pricing dilution. So with ECLGS support – which is effectively unsecured debt being extended - the situation may actually worsen.
With ECLGS the undercapitalization challenge will be further deferred
ECLGS support notwithstanding, the structural challenges with the airline industry continue. The topic of undercapitalization remains unaddressed. Airlines are at the apex of the aviation and tourism value chain and fuel the entire aviation economy. Undercapitalized airlines pose a challenge as cutting off credit to the airline means a significant impact to the “aviation economy.” In the long run, lending to undercapitalized airlines leads to capital loss, employment loss and limited recapitalization – if at all.
At its core, the ECLGS adds debt to the airlines. Debt to already over-leveraged balance sheets. No provisions have been made that would ensure that airlines at the very least start looking to managing with a view to strengthen standing.
With ECLGS funds, weaker airlines will be able to continue operations. Evenso, the market reality is that three airlines are operating below 50 percent capacity. And that reduced capacity emanates not from current challenges but from past challenges that have never quite been addressed. In that sense the liquidity support only buys time. The undercapitalization has to be addressed – in a direct and resolute manner. Failing that it may be that down the line another extension or further enhancement to the ECLGS will be required.
—Satyendra Pandey is the Managing Partner for the aviation advisory firm AT-TV. Views expressed are personal
Read more views from Satyendra Pandey here
(Edited by : Asmita Pant)
Check out our in-depth Market Coverage, Business News & get real-time Stock Market Updates on CNBC-TV18. Also, Watch our channels CNBC-TV18, CNBC Awaaz and CNBC Bajar Live on-the-go!