Targeting big business can be counterproductive

Targeting big business can be counterproductive 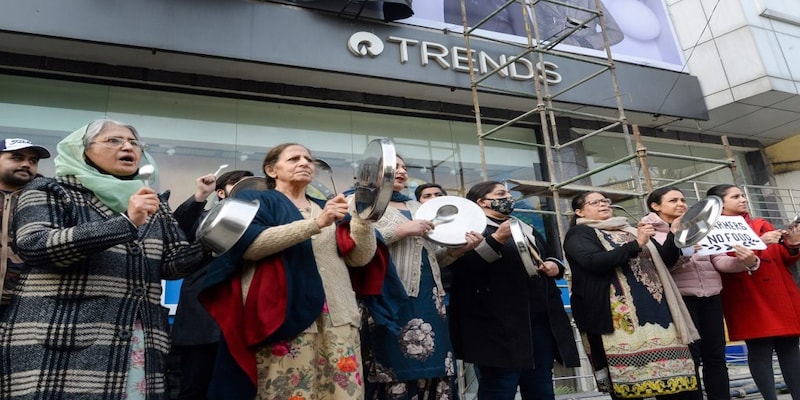 Picking on big businesses merely on the suspicion that they must necessarily be doing something wrong or because it draws the maximum eyeballs can be counterproductive.

The recent incident of telecom infrastructure belonging to Reliance Jio in Punjab being vandalised by some people opposed to the three disputed farm bills isn’t an isolated example of big business being targeted. It comes on the heels of the violence at Wistron Corp’s iPhone manufacturing plant at Narasapura industrial area in Karnataka. In the past too, Tata Steel had faced the ire of local people in Kalinga Nagar over allegations related to the displacement of tribals from their land even though it had been allotted to the company by the government.

While the anxiety of farmers, workers and displaced people is understandable, what isn’t acceptable is violence as a means to address such issues and the tendency to attack corporate assets and executives merely because they are visible and are seen to represent a faceless enemy. The discredited socialist-era mindset which perceived business to be a powerful and malevolent force is partly responsible for this attitude towards large and successful companies. In the 29 years since the liberalisation of the economy, Indian business, big and small, has become a part and parcel of our daily lives, producing goods and services that are integral to our existence. The post-1991 generation can never really understand how coveted a telephone connection or a power line were in the dark decades of the 1970s and 1980s when the state had capped the size and scope of private business activities in the country.
It is the ingenuity and the resourcefulness of Indian entrepreneurs as well as family businesses that hauled us out of that era of scarcity and want. With the opening up of the economy, following the government’s belated realisation that it had neither the means nor the wherewithal to create and run successful enterprises, private Indian and foreign business rushed to fill the vacuum. In the process, many of them have grown big and prospered. Many others fell by the wayside after they were found wanting by the markets. The bloodbath in sectors like aviation and telecom shows how fraught with the risk it is to do business in a dynamic and global environment.
In this matrix, where the risk far outweighs the rewards, the latter can often be exponential particularly when pursued with the kind of zeal many of India’s best businessmen and women have shown over these last three decades. In highly capital-intensive sectors like retail, pharma, telecom and manufacturing, or in globally competitive ones like IT services, businesses have to aim for rapid and sustained growth. Staying small and thereby below the radar isn’t an option.
All big businesses are basically small businesses which succeeded in growing after overcoming initial hurdles. Google and Facebook, today the very epitome of Big Tech, and vilified as being avaricious and predatory, didn’t exist 25 years ago.
More contextually, Jio, against whom some of the present ire has been directed, started operations barely five years ago and while it is backed by the vast resources of the Reliance group, its rise to the top came after competing with equally well-funded and powerful competitors. Thus, in September 2016, when Jio launched its commercial services in the country, Vodafone was a global telecom giant with a market cap of nearly $80 billion.
Business today is cut-throat and hypercompetitive in ways it has never been before. One or two missteps can condemn the largest of companies to oblivion. In such a scenario, companies need to keep growing profitably to stave off competition and address the growing demands of their various stakeholders. Penalising them for this, purely on the perception that their profits are unfairly made or that their very existence constitutes a threat to some section of society, betrays a lack of reason and understanding.
Of course, all businesses are required to operate within the margins of the law. That applies equally to the small as well as the big though it is the latter we expect will uphold the principles of corporate governance more strongly. But the judges of corporate misdemeanors cannot be walking the streets of our villages and towns. For that, we have regulators and oversight agencies whose job it is to ensure that the rules are followed and any failure to comply with them is punished.
Picking on big businesses merely on the suspicion that they must necessarily be doing something wrong or because it draws the maximum eyeballs can be counterproductive. The infamous Singur agitation in Bengal which forced Tata Motors out of the state 10 years ago, also put paid to its ambitions to emerge as an auto manufacturing hub.
—Sundeep Khanna is a former editor and the co-author of the recently released Azim Premji: The Man Beyond the Billions. Views are personal
Read his other columns here
(Edited by : Ajay Vaishnav)
Check out our in-depth Market Coverage, Business News & get real-time Stock Market Updates on CNBC-TV18. Also, Watch our channels CNBC-TV18, CNBC Awaaz and CNBC Bajar Live on-the-go!