View | Games of skill or chance — A decision please!

View | Games of skill or chance — A decision please! 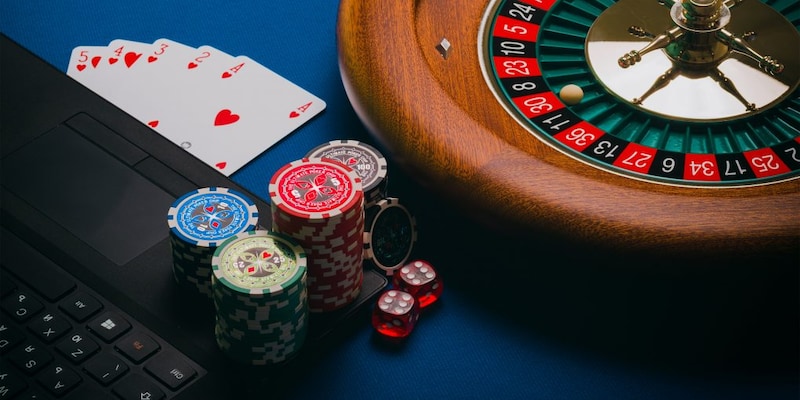 It may be recalled that presently under the GST laws games of chance that are in the nature of betting or gambling and game of skill are treated differently — both in terms of the rate as well as value on which tax is to be charged.

Even as the GST council appointed Group of Ministers (GoM)  is grappling to finalise a report aimed at bringing clarity on the issue of levy of GST on games of skill and games of chance or gambling, more states are passing ordinances prohibiting online gambling and online games of chance. It may be recalled that presently under the GST laws games of chance that are in the nature of betting or gambling and game of skill are treated differently — both in terms of the rate as well as value on which tax is to be charged.

Games of skill are taxed at 18 percent on the platform fee (gross gaming revenue or rake fee) while there is a 28 percent levy on games of chance or betting. The GoM has been seeking time to finalise the report — it is not too clear whether the GST council meeting itself is being delayed to accommodate the finalisation of this vexatious issue because no Council meeting has been held now for a long time — well beyond the Council decided timeline of a meeting every quarter.
Tamil Nadu (TN) became the latest State to pass an ordinance prohibiting online gambling and online games. The ordinance issued in October 2022 seeks to establish a TN online gaming authority to regulate online game providers. And most extraordinarily seeks to extend the coverage of the TN law also on online game providers based outside the State. They are also required to follow due diligence and restrict access to prohibited games to the people of TN. The TN gaming authority has been given the power to identify and recommend games to be included in the list of prohibited games.
Tamil Nadu has obviously chosen to go the ordinance route to overcome the Madras High Court order which struck down amendments brought in by the government to the Gaming and Police Laws Act 1930. The amendment sought to prohibit people to play addictive games such as rummy and poker and to prevent them from being cheated online. The High court struck down the laws as being excessive and arbitrary.
The Karnataka High Court had similarly struck down the Karnataka Act. Andhra Pradesh, Telangana, Meghalaya, (interestingly the Chief Minister of Meghalaya is Heading the GoM on the issue) Nagaland and Sikkim have also passed similar laws. Challenges to the Andhra Pradesh and Telangana laws are pending in the high courts.
Also Read: GST on online gaming; how online gaming is taxed in other countries
The TN Ordinance prohibits blanketly online gambling. Online gambling has been defined as wagering or betting and includes playing games for money or other stakes.
Online games have been defined as games of chance which meet any four conditions-the focus being that these are games where the element of chance dominates over skill. The conditions are those where: (i) both an element of chance and skill are involved, and the element of chance dominates over the element of skill, (ii) games are presented as games of chance, (iii) the element of chance can only be eliminated by superlative skill, or (iv) games involve cards, dice, or wheel which work on random event generators. The ordinance includes two games -Rummy and Poker, as being banned.
The ban runs counter to the 1967 Supreme Court’s decision in the matter. (State of Andhra Pradesh vs Satyanarayana & Ors). The Supreme Court had specifically noted that Rummy is not entirely a game of chance. The Supreme Court had observed that Rummy involves memorising the fall of cards and holding and discarding cards required skill. It has taken a similar position in the case of poker.
The TN Gaming authority has been established with extraordinary powers to limit the time, monetary limit and age of users. It has the power to collect and maintain data about the activities of online game providers. It is a moot point how any of this will be implemented. The provision that game providers based outside the state will have to exercise due diligence including entering a contract with the customer stipulating that the customer will play the game only when he is outside the state of TN.
The ordinance also distinguishes between the same game when played physically and when played online. Online game providers have to as per the ordinance, register with the TN online authority. Failure to do so can result in a fine of up to Rs 10 lakh and a three-year imprisonment or both. The physical provider of the same games has no such restriction-or punishment.
The ordinance is bound to be challenged -and is unlikely to pass judicial scrutiny on multiple grounds. In the meantime, the GoM should urgently finalise its report so that there can be uniformity in the treatment of online games, betting, casinos and horse racing.
Online games are proliferating -as are the types of online games. Cricketers and actors are promoting these games resulting in their increasing popularity. Clarity in the laws, their taxability and the value on which they should be taxed is urgently needed.
As has been pointed out transactions for these online games can also possibly be done through cryptocurrency. This will further add to the confusion since there is a lack of clarity on the GST treatment of cryptocurrency.
The earlier there is clarity on these issues the better. The next GST council meeting should address these issues before the matter starts going to multiple courts.
— Najib Shah is a former chairman of the Central Board of Indirect Taxes & Customs. The views expressed in this article are his own.
Read his other columns here
Check out our in-depth Market Coverage, Business News & get real-time Stock Market Updates on CNBC-TV18. Also, Watch our channels CNBC-TV18, CNBC Awaaz and CNBC Bajar Live on-the-go!