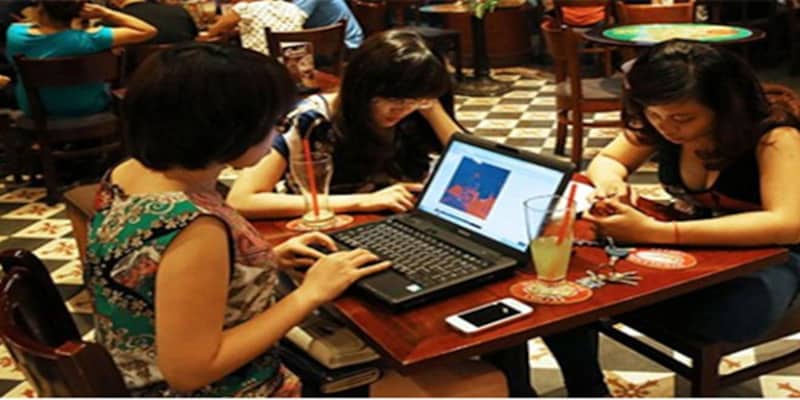 A society in which women cannot realise their full potential loses out on the significant potential for innovation and growth. A study by IMF showed that in India, measures to close the gender gap could lead to a 6.8 percent gain in GDP. To move to the next level of growth, let’s bridge the gender gap on priority.

Women running their own businesses face multiple challenges, the biggest of which is the difficulty in accessing finance. While public sector banks (PSBs) have financial schemes to bolster women-led businesses, creating awareness and access to these is essential.

Over the last decade or so, a fair amount of work has been done on gender diversity. Organisations like the global non-profit, Catalyst have helped in creating awareness about the gender pay gap and are working towards bridging it. Despite that, a huge gap remains in women’s share in entrepreneurial finance.
Only seven of a hundred entrepreneurs in India are women. And nearly half of them, get into business out of necessity rather than aspiration. A report by the Initiative for What Works to Advance Women and Girls in the Economy (IWWAGE) pointed out.
The MasterCard Index of Women Entrepreneurs (MIWE) 2019 ranks India as one of the lowest countries for providing a congenial environment for women entrepreneurs. India ranks at 52nd position among the 58 countries studied globally.
Only 33  percent of the early-stage entrepreneurs in India are women, as per the Global Entrepreneurship Monitor, 2014.
What is preventing growth of women entrepreneurs in India?
Many women owning small and medium enterprises (SME) point to the lack of access to capital as the biggest constraint in running businesses. Some other factors include low awareness and access to schemes. These factors inhibit women entrepreneurs from being able to scale up and expand their businesses.
The persisting gender bias in society is another major impediment. Women-owned small businesses are perceived as risky. Women’s lack of access to the movable and immovable property as collateral prevents banks from establishing the creditworthiness of women-owned businesses. And nearly 80 percent of banks have identified challenges in this area.
Banks do not go out of their way to promote the existing options. And they do not wish to disrupt the existing ecosystem full of women who have the potential to run a Michelin star restaurant but remain proud home-kitchen chefs within the constraints of their homes.
A lot of the schemes launched in the past are centred around offers from select public sector banks. And with no one monitoring these schemes, there is no tangible incentive for banks to encourage women to avail these schemes. And thus the financial literacy of women remain limited.
Public sector banks, on account of their deep penetration in local areas, account for the bulk of formal credit supply to MSMEs. But women entrepreneurs get only 5.2  percent of the total credit outstanding that all PSBs provided to MSMEs, as per a recent IFC report.
According to the report, 80 percent of women entrepreneurs said personal resources were their most preferred option for finance. Almost 55 percent said they took loans from moneylenders. It said financial institutions and business associations (through linkages to credit) were their last options.
Among these, 77 percent took loans to finance fixed capital requirements. Only 14 percent of women-owned enterprises availed bank loans to meet growth requirements.
This is significantly lower than male-owned enterprises where 66.7  percent availed credit for business expansion and growth. This difference highlights the apparent bias banks have towards women-owned/run enterprises and the lack of financial literacy among women.
India is the third-largest startup hub in the world and yet women-led ventures remain sub-scale. Active monitoring and support to build a better financial ecosystem for women entrepreneurs can play a significant role in advancing the economic growth of the country.
Over the last few years, the government has made efforts by launching multiple schemes through public sector banks. For instance, the Stand-Up India scheme facilitates loans between Rs 10-100 lakh.
Loans under this are offered by multiple PSBs like SBI/Union Bank/PNB etc. These loans are focused on greenfield projects in manufacturing/trading/service with a minimum of one woman/SC/ST entrepreneur.
The IFC report mentions women entrepreneurs have consistently performed better than their male counterparts. And their businesses showed greater profit margins than those of men – 31  percent, on average, as compared to about 19  percent.
The report adds women in PSBs accounted for 4 percent of NPAs, lower than the overall NPAs registered at 6.2 percent. Moreover, women are seen to be more loyal customers, as they have fewer banking relationships as compared to their male counterparts.
All this shows banks should galvanize action to have a higher diversity ratio in their lending books. Sadly, the same study also estimates 90 percent of women entrepreneurs surveyed had not availed of finance from formal institutional channels.
In volume terms, an estimated 70  percent of the financing demand remained unmet. This translates to a financing gap of over Rs 1 lakh crore, a huge market opportunity for formal financial institutions for quality lending.
A society in which women cannot realise their full potential loses out on the significant potential for innovation and growth. A recent study by International Monetary Fund (IMF) showed that in India, measures to close the gender gap could lead to a 6.8 percent gain in GDP. To move to the next level of growth, let’s bridge the gender gap on priority.
– Akanksha Bahl is the leader of the lending sub-committee at WICCI Banking and Credit Council. Views expressed are personal.
Check out our in-depth Market Coverage, Business News & get real-time Stock Market Updates on CNBC-TV18. Also, Watch our channels CNBC-TV18, CNBC Awaaz and CNBC Bajar Live on-the-go!