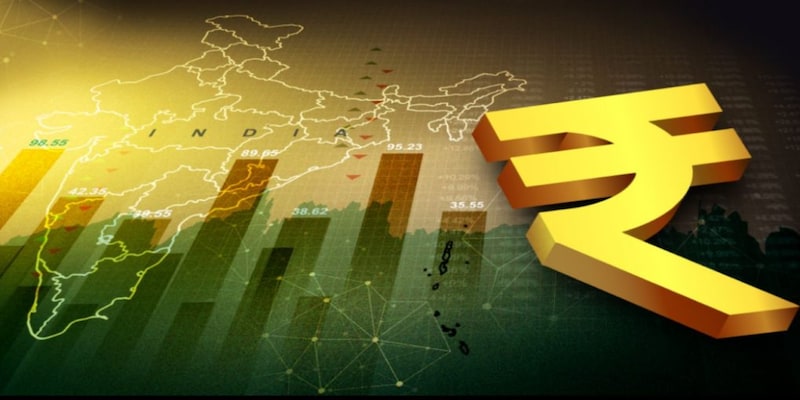 September saw India being declared as the fifth largest economy surpassing the UK. We should not lose sight of the fact however that India’s per capita income is in the region of USD 2500 as against USD 47,000 in the UK. The IMF has projected that India would be the third biggest by 2030.

Charles Dickens the great 19th-century novelist could have very well been saying about the present condition of the Indian economy when he said 'It was the best of times, it was the worst of times ---'. Such are the paradoxes which the Indian economy is faced with now, that it will require a very brave economist to make any predictions.

Revenue, both of indirect and direct taxes has been robust. The GST revenue till the month ending September was nearly Rs 9 lakh crore. Monthly revenue crossed the Rs. 1.4 lakh crore mark consistently for seven months in a row. Typically, revenue for the last few months of the fiscal tends to be robust. The indications are that the revenue for the month of October would also cross the Rs.1.4 lakh mark.
The gross direct tax collections have grown by 30 percent in the first half of FY 23. It touched Rs.8.36 lakh crore. This is despite both the manufacturing and services PMI showing a deceleration in September. Manufacturing was down to 55.1 from 56.2 and services were down to 54.3 from 57.2.
Also read: View | The question of cess
However, both the Boards of Indirect and Direct taxes have in their press releases accompanying the revenue data suggested that this is an indication of the revival of economic activity as also the result of the stable policies of the government and plugging of tax leakages.
September also saw India being declared as the fifth largest economy surpassing the UK. We should not lose sight of the fact however that India’s per capita income is in the region of USD 2500 as against USD 47,000 in the UK. The IMF has projected that India would be the third biggest by 2030.
While auto sales and E-way bills would suggest an improvement, the consumption patterns are surprisingly muted. The RBI consumer confidence survey shows an improvement in consumer sentiment towards essential spending-but no such positive sentiment towards non-essential spending.
Investments seem to be on the up. The IIP capital goods have surpassed pre-pandemic levels. Capital goods imports have shown growth. There have also been rising levels of capacity utilization. This ought to have an impact on employment. However, the CMIE data shows that the unemployment rate is moving towards 8 percent after falling to 6.4 percent. The Rozgar Yojana scheme presently on is a good step forward.
Also read: View | India's implementation of its trade facilitation agreement is a cause for celebration
Retail inflation has breached the 7 percent mark. Wholesale inflation dropped to its lowest level-perhaps the difference is attributable to the different methods of calculating the CPI and WPI inflation basket. Essential global commodity prices have been reduced. This even as inflation is plaguing all global economies.
The IMF has projected a  steep drop in global trade volumes to an estimated 4.35 in 2022. Three of the world’s largest economies -the US, EU and China are facing a drop in growth. The IMF has trimmed its 2023 forecast to 2.7 percent and warned of USD 4 trillion loss in global economic output between now and 2026. The US is in a technical recession. China’s economy has slowed down sharply-a combination of the property crises and the zero-COVID policy. So, there are opportunities for India to exploit.
However, India’s exports to US and EU fell to their lowest levels in the last 6 months. Forex reserves have depleted to USD 532.9 billion. RBI’s forex intervention, foreign fund outflows and the strengthening of the US dollar have all contributed to this situation. Current reserves cover imports for about 8.8 months-the lowest since Feb 2015. Foreign portfolio inventors pulled out USD 1.2 billion in October- this follows inflows of USD 7.1 billion in August. The deficit in both the current account and trade is growing alarmingly.
There is no letup in the Russia-Ukraine war-if at all it seems to be getting worse. Supply bottlenecks continue to be challenging. Global commodity prices have weakened, and the FAO food price index has also declined thanks to the sharp decrease in vegetable oil prices. This must be juxtaposed with the sharp increase in natural gas prices and the energy crunch which Europe is likely to face.
Also read: 'Coal rejects' taxable at 5% GST: Punjab Authority of Advance Ruling
The Global Hunger Index ranked India 107 out of 121 countries. The parameters used were child wasting, stunting, malnutrition, and mortality. India has questioned the methodology. The fact remains that the parameters used were common for all countries.
India has also fallen in the global development index to 132. The World Inequality Report would suggest that India is among the most unequal economies. The World Multidimensional Poverty Index reveals that 415 million people exited poverty between 2005-96 and 2019-20. And just as we celebrate this bit of news comes the other statistic that the world’s largest number of poor are in India.
Exports need to pick up. A lot of hope is being laid on the FTA. The India-UK FTA targeted to be completed by Diwali fell a victim to the political turmoil there. Hopefully, with Rishi Sunak having assumed the charge the process will move forward.
All in all, there are challenging times ahead. We would need to stay focused and do what we must do. Ensure Capex improvement, drive the Production Linked Incentive (PLI), the National Infrastructure Pipeline, and PM Gati Shakti Plan - in short, do the things we can control. And hope the global headwinds settle down.
Also read: India is still buoyant, mood is still good: Deloitte India
Check out our in-depth Market Coverage, Business News & get real-time Stock Market Updates on CNBC-TV18. Also, Watch our channels CNBC-TV18, CNBC Awaaz and CNBC Bajar Live on-the-go!