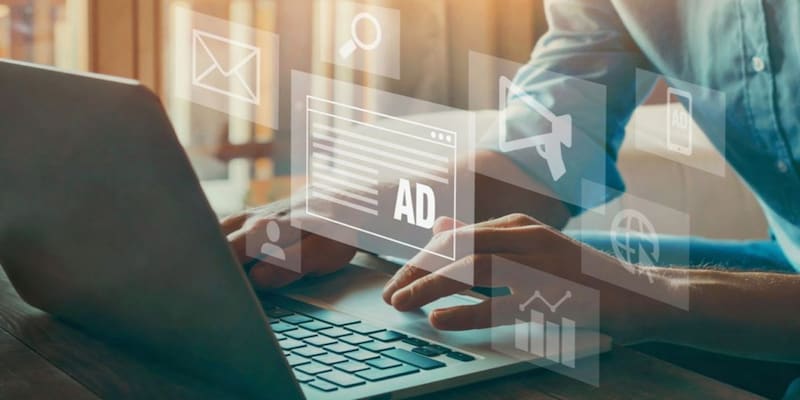 For brands running digital ad campaigns, it is very important to be aware of the unacknowledged, unaccounted, and underrepresented myths surrounding it as it can help the brands reach their target audience successfully.

Every marketer that has advertised digitally, has most likely been a victim of ad fraud. Ad fraud is a term coined for practices used to defraud digital advertising networks and campaigns for monetary gain. The fraudsters use bots and other malicious tools to carry out fraudulent activities. Some of the methods that are used to trick advertisers are — domain spoofing, user-agent spoofing, pixel stuffing, ad stacking etc.

According to recent research by Statista, marketers are expected to bear a loss of up to $81 billion due to ad fraud by the end of 2022. This highlights the devastating impact of ad fraud on the advertiser’s effort. Despite the depth of the problem, there are many misconceptions in the market about ad fraud and its impact on businesses. Thus, it has become a necessity to dispel these common myths to help advertisers understand the problem and act against these fraudulent practices.
Some prevailing myths in ad fraud and brand safety
For brands running digital ad campaigns, it is very important to be aware of the unacknowledged, unaccounted, and underrepresented myths surrounding it as it can help the brands reach their target audience successfully.
Let’s look at some of the myths associated with running digital campaigns.
Ad fraud doesn’t exist
In digital advertising campaigns, either the decision-makers are unaware that ad fraud is robbing them of money, or fake traffic is accepted as usual because there is no obvious solution to the issue. It is a proven reality that marketers receive invalid traffic (IVTs) from bots, VPNs, proxies, click-injections, cookie stuffing, and other non-human traffic sources.
Only two percent of the publisher ecosystem is fraudulent
Many people think that the typical amount of ad fraud is around two percent of their total advertising expenditures. This is a significant myth that the publisher community in the ad ecosystem spreads as a means of avoiding delivering fraudulent ad inventory because the actual fraud rate ranges from 15 to 18 percent, and on affiliates, it can increase to 22 to 35 percent.
Impressions and viewability are the sources of measurement for ad fraud
In terms of fraud analysis, brands must take into account "follow-the-money" strategies and funnel-wide perspectives. Fraud detection must be based on these measures and no longer be connected to impressions if the payment model is based on CPC, CPA, CPI, CMV, etc. Around 18 percent of ad impressions worldwide, according to estimates, are never seen by actual people.
Walled gardens are free of fraud
Walled gardens like Facebook and Google are not completely innocent in this scenario. 10 percent of the total traffic on their sites is fake, on average. Walled gardens claim to have a system in place to identify invalid clicks, yet they don't do anything to stop it. They account for up to 80 percent of all web traffic, which is why the problem's scope is so enormous.
Publisher reports provide a detailed accounting of the brand's marketing expenditures
Publisher reports do not verify ad placement information or if the ads were actually run on those placements. These numbers have flawed data integrity. It's vital to keep in mind that an ad placement report is frequently obtained from the publishers, i.e., the individuals who really place the ad and receive payment for it. Because of the conflict of interest, it is impossible to estimate the number of poor ad placements.
Performance campaigns are free of ad fraud
The notion that performance campaigns are free from fraud because they are targeted marketing is another widespread myth among corporations and advertising firms. Despite the possibility of ad fraud, they contend that performance campaigns are immune to the influence of dishonest publishers who deliver fraudulent traffic.
The majority of the traffic is clean, and the majority of the BOTS are easily identifiable
AWS and Microsoft Azure, the two biggest providers of public clouds, account for almost equal amounts of BOT traffic. Unchecked malicious bots have the potential to compromise security, steal information, and even slow down websites. Determining and successfully blocking bot traffic is crucial due to the threat they possess.
Brand safety is not a concern
No matter the industry, vertical, or size of the organisation, brand safety is critical for all sizes of businesses. To be clear, no matter the size of the business or the sector it serves, one incident of risky advertising practices might permanently damage the company's reputation.
Brand safety is a needless expense
Unsafe content actually causes the campaign to perform poorly. Advertising in environments that protect brands is thought to have a big impact on important metrics like audience quality, brand equity, and brand lift.
To sum up
A brand must keep an eye out for ad fraud and brand safety concerns across the whole customer lifecycle, including customer acquisition, engagement, and re-engagement. Brands frequently focus entirely on attracting new clients. But as the customer journey goes on, it's also important to keep their interest, which may be achieved with the aid of an effective re-engagement strategy.
Additionally, the number of Adtech companies has increased in recent times, assisting brands in automatically blocking fraudulent traffic and preventing money from ending up in the hands of scammers. They offer marketing fraud analytics to improve brand campaigns and acquisition plans, which aid in identifying and eliminating certain platforms of inventory sources that generate fake traffic and concentrate on trustworthy ones.
— The author, Dhiraj Gupta is the Co-Founder and CTO at mFilterIt. All views expressed are personal.
Check out our in-depth Market Coverage, Business News & get real-time Stock Market Updates on CNBC-TV18. Also, Watch our channels CNBC-TV18, CNBC Awaaz and CNBC Bajar Live on-the-go!