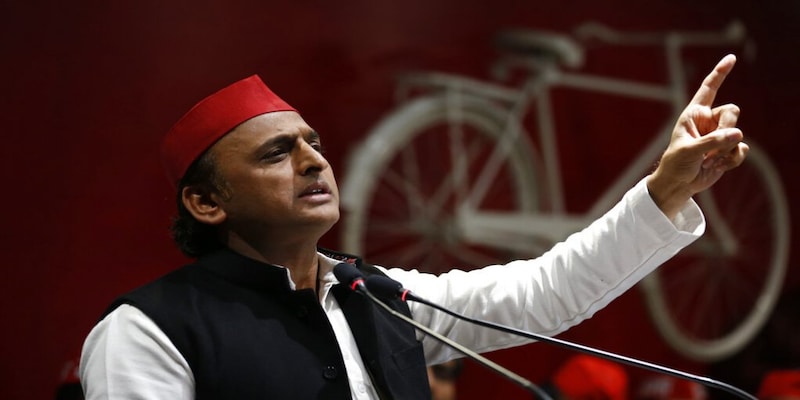 The death of the party patriarch has the potential of bringing the family together for some time, feels academic Badri Narayan. However, the Lok Sabha by-poll for the Mainpuri seat, which has been rendered vacant by Mulayam Singh Yadav’s demise, will show whether this indeed happens.

It remains to be seen how the death of Mulayam Singh Yadav impacts the Samajwadi Party. The party has faced a series of challenges in recent years. One, it has failed to expand beyond its core Yadav-Muslim vote base. Two, the Yadav family has itself been a divided lot, with the relations between Akhilesh Yadav and his uncle Shivpal Singh Yadav having turned sour quite some time back, and with Mulayam’s younger daughter-in-law Aparna Yadav joining the BJP early in 2022.

Shivpal did say after the death of his elder brother that he would want to follow Netaji’s example and take everyone along. He added that he saw a glimpse of his late elder brother in Akhilesh. However, will Akhilesh be able to hold command the way Mulayam Singh did – particularly when it comes to Shivpal or Azam Khan – or will the elders try to throw their weight around inside the party? We don’t know yet. It isn’t even known whether Shivpal will continue heading his Pragatisheel Samajwadi Party (Lohia) or think of merging it with SP.
The death of the party patriarch has the potential of bringing the family together for some time, feels academic Badri Narayan. However, the Lok Sabha by-poll for the Mainpuri seat, which has been rendered vacant by Mulayam Singh Yadav’s demise, will show whether this indeed happens. The candidature for the seat and who supports the candidate will show whether the family is united or divided.
The challenge is that both Lok Sabha and Vidhan Sabha polls are far away and there is unlikely to be any sympathy wave for Akhilesh Yadav by that time. And if the party fails to show a united face, the absence of the patriarch may actually end up damaging the party.
ALSO READ | Congress presidential polls see candidates who don't tick the boxes
As of now, Shivpal Singh Yadav, who had contested the UP polls on an SP ticket, has his own party, the Pragitisheel Samajwadi Party (Lohia), and SP’s Muslim face Azam Khan also does not seem to be on great terms with Akhilesh Yadav. After taking oath after the 2022 UP assembly polls, Khan had skipped an SP MLAs’ meet late in May, soon after being released on bail. The party said he had done so due to ill health. However, there has been buzz of a perception among Azam Khan supporters that Akhilesh did not do enough when ‘false cases’ were slapped on Khan. Akhilesh on his part has met Khan in Delhi and also led a march to the UP governor’s house to complain about ‘false cases’ being slapped on Khan.
Needless to say, inner challenges will require Akhilesh Yadav to put the house in order. However, he will be all by himself now, as the astute political sense of his father is no longer there to guide him.
The challenge before Akhilesh becomes all the more daunting, as the BJP has already won two consecutive victories in the state, and has carved out a powerful electoral combination constituting the non-Yadav OBCs, the upper castes and increasing sections of Dalits. A third consecutive defeat may make the Yadavs and the Muslims also start splintering. If SP cannot defeat the BJP, UP Muslims may try the Congress, which still has some national presence in terms of vote percentage, or the AIMIM of Asaduddin Owaisi, which has been eyeing Muslim votes in one state after another.
The one way for Akhilesh to claw back is to dent the non-Yadav OBC votes of the BJP in UP. These votes choosing the BJP over SP, which sees itself as a Mandal party, is part of a legacy of Yadav-centrism in the SP, for which the late Mulayam Singh Yadav was responsible. Akhilesh tried alliances with small parties representing these groups in the last assembly polls, but was unsuccessful in breaching this captive vote bank of the BJP. Here, the SP faces a dilemma. If it shifts more towards smaller OBC castes, the Yadav base, which has been a direct beneficiary of the party’s stints in power, may get alienated. If it continues to be associated as a party of Yadavs, the smaller OBC castes will stick with the BJP.
Apart from Muslim security concerns and Yadav desire for direct benefit, the party benefits from no emotive idea, unlike the BJP, which has Hindutva. The SP does not any longer hold a monopoly over the backward caste sentiment, for the BJP is riding that sentiment too, with the sole exception of Yadavs, who are still largely with the SP. For, the Prime Minister is an OBC, the Vice-President is an OBC and a deputy chief minister of UP is from a most backward caste.
ALSO READ | Japan to reopen visa-free travel as Covid Pandemic recedes
Whether Akhilesh can revive his party or presides over its gradual decline will be another test for family-based politics as a model. Apart from Naveen Patnaik and MK Stalin, most politicians from political families that dominate their parties have been unable to exercise the influence their fathers did. For, the very logic of family-centric politics seriously narrows down the talent pool from which a party draws its leadership. The future prospects of the party are then just as good as the abilities of the scion of the ruling family to retain support.
Vikas Pathak is a columnist and media educator. The views expressed are personal
Read his other columns here
(Edited by : Anshul)
Check out our in-depth Market Coverage, Business News & get real-time Stock Market Updates on CNBC-TV18. Also, Watch our channels CNBC-TV18, CNBC Awaaz and CNBC Bajar Live on-the-go!