US tariffs against Indian exports can actually be an opportunity

US tariffs against Indian exports can actually be an opportunity 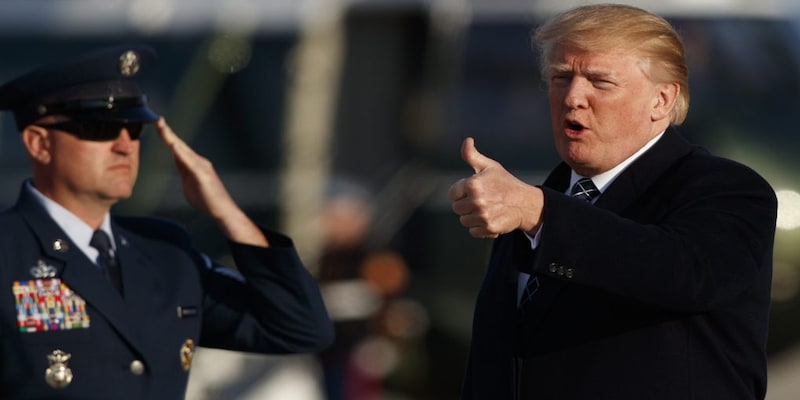 The Trump administration’s decision to approach the(WTO has rankled officials, and observers in India.

India could theoretically seek to negotiate a rollback of export subsidies in return for an agreement totalisation, H-1B visa’s, greater investments, or any other issue of concern to New Delhi

The Trump administration’s decision to approach the World Trade Organization (WTO) over India’s various export subsidy programs has rankled officials, and observers in India. Specifically, the US government plans to approach the WTO regarding its view, and complaint, that India is no longer eligible to subsidize some of its exports as its per capita income has exceeded $1,000 per year.  This means that India has “graduated” and according to WTO rules, needs to phase out export support.
According to US Trade Representative Robert Lighthizer, these subsidies are worth around $7 billion. While Lighthizer himself did not draw the link, this figure represents around a quarter of the US trade deficit with India.
At best, the pending move by the US is seen in some quarters as yet another example of Washington’s increasing protectionist bent. At worst, it is cited as the US’s vengeful posture against India and the opening of a pending trade war.
However, in reality it is neither of the above. Furthermore, if handled carefully, the current events can actually provide an opportunity to further the US-India partnership.
Opportunity in Adversity
First, it is critical to recognise that the US move is not intended to harm, castigate, or harm India, which cannot be said of Washington’s increasing disagreements elsewhere in the world. India has actually benefitted in recent months with the new US government as much of Trump’s world view comports with India’s – specifically Washington’s new approach towards Pakistan.
Second, and as extension of the above, the US’s argument is largely ideological. The Trump view towards trade can be seen as one based on reciprocity.  In other words, if the US does not impose import duties and export subsidies, and has engaged in free trade along with an open capital account, then others should act in kind regardless of their level of development – i.e. it is not the job of US citizens and consumers to bankroll the rise of other economies. Again, from the perspective of the Trump administration, this is not meant to be punitive to India, but based on an ideological stance of why one country should support free trade while the other does not.
Third, the measure is not unilateral and shows a willingness by the Trump government to work with India through the WTO dispute resolution mechanism.  This is worth emphasising given the general disdain Trump holds for institutions like the WTO. Yet despite this, Washington will go through proper channels to handle their grievances rather than pursue unilateral and punitive measures against India.
With these three points in mind, it is now worth looking at how India can leverage the situation to its benefit.
An Out-Of-The-Box Approach
While Washington and New Delhi eagerly look to “deepen the US-India strategic partnership”, it is hard not to notice that the two at times talk past one another.  Both have a set of “asks” they would like the other to do. Unfortunately, many of these “asks” remain stuck due to structural differences between the two bureaucracies and how they engage one another.
For example, India wants the US to slow the H1-B visa reform process, enter into a totalisation agreement with India, which would give social security tax reprieve to Indians temporarily working in the US, and support New Delhi diplomatically in multilateral forums, particularly in respect to Pakistan.
The US wants India to open its markets to goods, move towards a free-trade agreement (thereby reducing the trade deficit), and buy more US defense technology/equipment with fewer bureaucratic hurdles.
However, because many of these issues are of interest to only one side, negotiating their advancement becomes a challenge.  Furthermore, issues have often been negotiated and discussed within their specific domains – trade talks are handled by the commerce ministries of the two countries, and are delinked from defence, economics, or immigration issues, which are in turn handled by their respective agencies. Cutting deals across topics has been elusive. If the US agency responsible for totalisation, the Social Security Administration (SSA), concedes to India, what does it receive in return? The SSA has virtually zero “asks” of India.
This is where the US move on trade should be seen as an opportunity for an out of the box approach toward negotiations.
While the SSA does not have any “asks” of India, the US Trade Representative does on export subsidies and import duties. Thus India could theoretically seek to negotiate a rollback of export subsidies in return for an agreement totalisation, H-1B visas, greater investments, or any other issue of concern to New Delhi.
That’s not to say the process will be easy – neither bureaucracies are structured to negotiate across equities and on behalf of other agencies/ministries in their respective governments. But India is likely to find the current Trump administration as the most likely to do just that given the US president’s claims for “making deals.”
Thus, rather than viewing the latest from the US as hostility, India can and should spin it into an opportunity to advance its own agenda with a US administration that is predisposed towards transactions with its partners around the world.
Shailesh Kumar is director, South Asia at Washington-based Eurasia Group and analyzes political and economic risks and developments in India, Pakistan, Sri Lanka and Bangladesh.
Check out our in-depth Market Coverage, Business News & get real-time Stock Market Updates on CNBC-TV18. Also, Watch our channels CNBC-TV18, CNBC Awaaz and CNBC Bajar Live on-the-go!