The third economic reset is on, but India needs more reforms

The third economic reset is on, but India needs more reforms 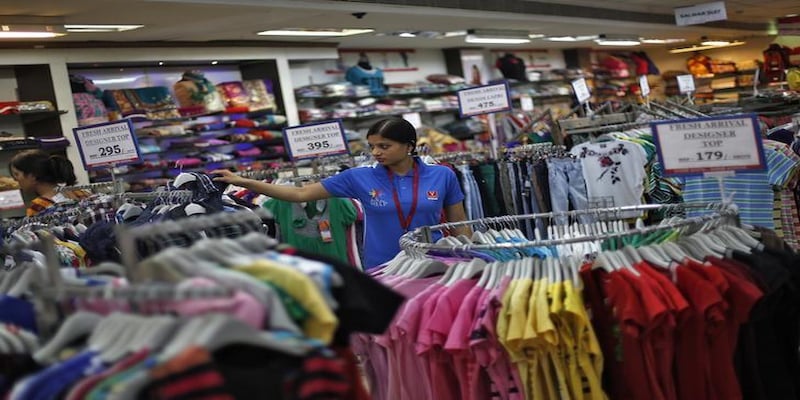 Since the past few years, the third economic reset seems to be in work in India. Like the previous two occasions, this reset shall also change many things and propel and ensure a relatively higher level of growth after an initial period of adjustment.

In first 68 years since independence, the Indian economy witnessed two major ‘resets’. These resets define the evolution of India from a mostly under-developed agrarian economy to a services-based notable global economic force. Since the past few years, the third reset seems to be in work. Like the previous two occasions, this reset shall also change many things and propel and ensure a relatively higher level of growth after an initial period of adjustment. The pessimism around the current slowdown in economic growth may therefore be unwarranted.

1965-1975: The first reset
Multiple famines in 1950s and 1960s underlined the urgent need for attaining food security. It also highlighted the imperative need for the transformation in the occupation structure of the Indian demography by accelerating the pace of industrialisation and moving the people from farms to factories. The wars of 1962 (China) and 1965 (Pakistan) underlined the need for building security infrastructure including defence production and connectivity to border areas through all-weather roads, railways and airports. The sharp jump in energy prices in early 1970s added emphasis to the need for energy security.
The first reset in the Indian economy was thus initiated with Green Revolution to improve food security and enable move of labour from farms to factories; Bank Nationalisation to aid spread of industrialisation beyond traditional coastal states and financial inclusion of hitherto unbanked areas; and coal nationalisation to improve energy security.
In their wisdom, the leadership of that time decided to turn India into a controlled economy by implementing a variety of controls through price control orders, MRTPA, FERA, import restrictions and consumption controls. The constitution of India was also amended (42nd amendment) to include the word "socialist" and "secular" in the preamble to the Constitution. Privy Purse of erstwhile state rulers was also abolished (28th amendment to constitution) to promote equality and social justice.
"Socialism", Non-Alignment", "Public Sector", "Import Substitution", "Price Controls", "Controlled Consumption"; "High Tax Rates" became the key words for describing Indian economy.
The success or otherwise of all these measures is arguable, but this fact can hardly be denied that Indian today is food sufficient, and the labour moves freely from farm to factories. Feudal lords, moneylenders, food grain traders (exploiting the poor populace through hoarding and black marketing) traders importing the consumption items and industrial products, managing agencies, etc were the people who suffered most and mostly went out of business. Public sector flourished and the government job became the most coveted occupation.
1991-2001: The second reset
Having attained food security, a decent internal and external security apparatus, and a diversified industrial base, in 1991-92, the then government moved decisively to end the distinct socialist bias in the economic policy that was found constricting the India's economic development and the integration of India's economy with the global economy.
Economy and markets were opened for foreign investors. Forex regime was liberalised under LERMS. MRTPA restrictions were materially eased. Under new industrial policy a large number of industries and sectors were freed from licensing requirements. Capital controls were substantially eased, and office of capital controller (CCI) was abolished. Capital markets were liberalised. Sebi and the NSE were established. The role of public sector was redefined and the process of disinvesting government stake in PSEs initiated. Civil aviation and telecom sectors were opened to private sector. New age private banks were allowed to operate as full service operators. Election process was dramatically improved and enhanced. A full WTO membership in 1995 committed India to globalization its economy.
Then during 1998-2001, the process of liberalization and globalization started in 1991-92 was taken to a much higher orbit.
The government gave up most of its monopolies. Private sector participation, in core sectors like coal, power, roads and highways, oil and gas and insurance was allowed. Digital connectivity was provided a massive thrust through New Telecom Policy, along with road and rail connectivity. PM rural road programme (PMGSY) has been one of the best government programmes in independent India. National connectivity projects like development of Golden Quadrilateral under PPP model, Delhi Metro Rail Project (that became a role model for many mass rapid transport systems (MRTS) in India and abroad, were initiated. The process of disinvestment in PSEs was enhanced substantially. Sarva Siksha Abhiyan was a massive effort (and successful) to bring children to school. Fiscal Responsibility Act provided statutory framework for fiscal discipline.
A large number of businesses that thrived purely due to state patronage and policy protection became unviable and faced closer. The financial institutions like ICICI, IDBI and UTI that funded these businesses also went into oblivion. A large number of new age businesses which were globally competitive emerged and thrived.
"Free Markets", "Globalisation", Liberalisation", "Private Enterprise", "Low Taxations", "Reforms" and "Participative Democracy" were some of the key words in this phase.
2015 - ?: The third reset
In my view, with implementation of GST, IBC, RERA, widening and deepening of financial inclusion through small payment banks and digital payment facilities, introduction of social security schemes like health and life insurance, elementary basic income for farmers, pension for urban poor, stern messaging to economic and financial offenders, digitisation of government procurement and services, tax assessment, land records, enhanced legal equality for women and inclusion of other genders, etc we have already started the process of a third reset.
This reset shall see end of a large number of economically unviable small and medium sized businesses. The growth may suffer in the interim, as was the case with previous reset also, but we shall see the trend growth settling to a relatively higher level when the reset is successfully instituted.
"Compliance", "Competitiveness", "Scale", "Inclusion" and 'Socialism" are the key words in this reset.
Reset is not reform
The latest economic reset shall make our economy stronger and help it sustain the trend growth of 6-7 percent for a longer period.
However, to reach a materially higher growth orbit that will make India a middle income economy we would also need to implement some "Reforms", which are quite different from these economic "Resets". But that is a story for some other time.
Vijay Kumar Gaba explores the treasure you know as India, and shares his experiences and observations about social, economic and cultural events and conditions. He contributes his pennies to the society as Director, Equal India Foundation.
Check out our in-depth Market Coverage, Business News & get real-time Stock Market Updates on CNBC-TV18. Also, Watch our channels CNBC-TV18, CNBC Awaaz and CNBC Bajar Live on-the-go!