Updated : October 18, 2019 11:43 PM IST
A sharp rise in currency mismatch is a key indicator of financial crisis, as has been the experience in emerging markets such as Mexico and East Asian economies.
Domestic companies expect the government and RBI to intervene now, but such intervention in the forex market would signal panic situation and fuel a self-fulfilling prophecy of crisis.
Reducing friction in the domestic credit market will ease the reliance on short-term capital flows.

In India, foreign currency liabilities have grown to Rs 12,899 billion for corporations and to Rs 16,516 billion for banks. The growing currency mismatch in the corporate and banking sector has raised the fear that the foreign currency risk of foreign debt will rise with the sharp plunge in the rupee against the dollar.

The weakening rupee exposes the balance sheets of banks and non-financial corporations to shocks, and the widening gap between assets and liabilities exacerbates foreign currency risk.

A sharp rise in currency mismatch is a key indicator of a financial crisis, as has been the experience in emerging markets such as Mexico and East Asian economies. Argentina and Turkey had been long reeling under high aggregate currency mismatches; and the external sector problem was aggravated by currency depreciation, higher inflation, and a widening current account deficit.

The growing currency mismatches may not only affect the financial sector but also expose the economy to the systematic risk. During the Plan period, bank lending largely financed the industrial sector, but even after almost three decades of economic reforms, bonds constitute only 20 percent of corporate debt. Financial sector reforms focused primarily on equity and relegated policy to the developed fixed income segment.

As a result, credit market imperfections led firms to depend excessively on banks. Foreign debt became attractive because restrictions were eased, global interest rates were low, and the capital account was liberalised. The accumulation of reserves by the Reserve Bank of India (RBI) also induced firms to borrow in foreign currency.

The present original sin is due to reforms without a strong macroeconomic policy. External sector liberalisation alone cannot replace sound domestic macroeconomic policy; to reap the benefits of globalisation, policies are required to deal with shocks arising from global factors.

The slump in the rupee has put the balance sheets of corporates and banks under tremendous stress. In addition, during the 2017–18 financial year, domestic credit growth in banking increased from 4.0 percent to 10.4 percent while deposits declined from 11 percent to 6.9 percent.

The gross non-performing advances ratio was 11.4 percent; it is expected to increase to 12.2 percent in the 2018–19 financial year. At the same time, banks’ profitability declined to -147.5 percent. The fall of the rupee has increased the risk to the corporate sector, already reeling under debt, and has placed the assets and liabilities of banks under stress. 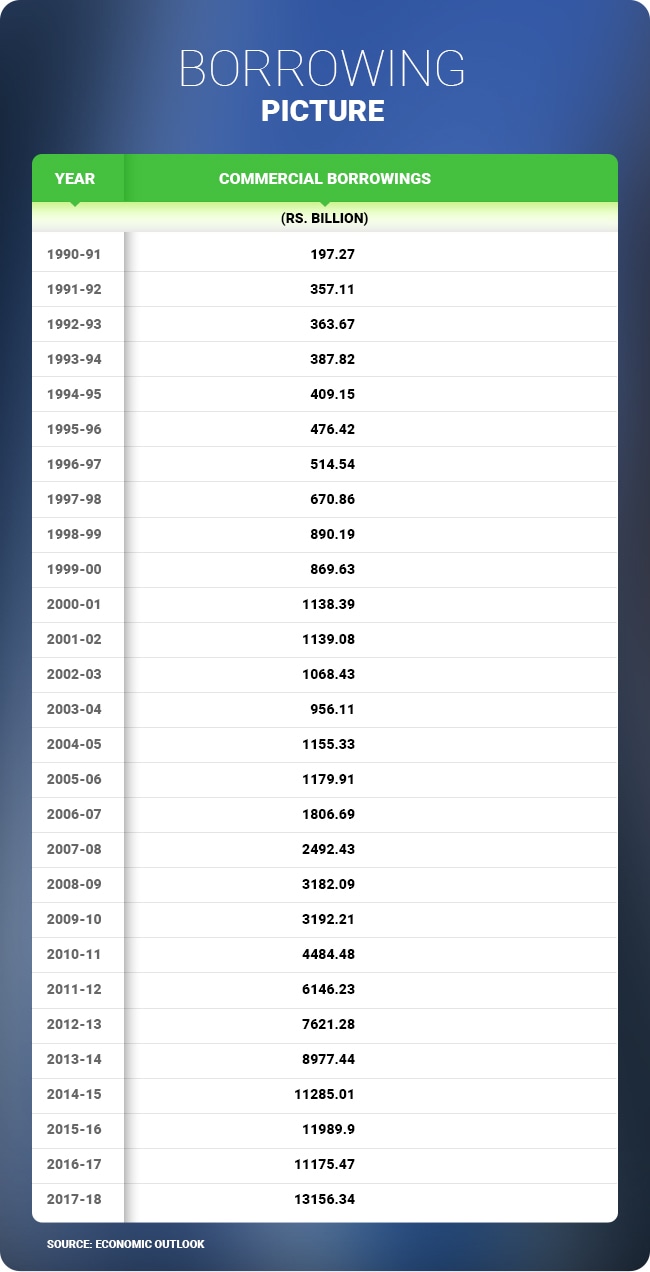 Forex Market Intervention Is Not The Answer

Domestic companies expect the government and RBI to intervene now, but such intervention in the forex market would signal panic situation and fuel a self-fulfilling prophecy of crisis. Policy options to deal with the current problems caused by external factors seem limited, but recently announced measures of government emphatically instill confidence in the economy.

Firms cannot protect against the potential currency risk through a natural hedge (export revenue due to rupee fall) as the widening current account deficit does not support the presence of such a hedge. The government has mandated currency hedging for infrastructure loans and removed restrictions on Indian banks that underwrite masala bonds. These are steps in the right direction, and these steps are welcome.

Loans in other sectors need to be brought under minimum mandatory hedging as domestic credit market constraints coupled with currency debt limit the expansionary effects of rupee depreciation. This mandate needs to be facilitated by infusing liquidity and making offshore financial derivative markets inexpensive to hedge currency risk. Otherwise, credit will be constrained for corporates and hurt the growth.

Removing restrictions in issuing masala bonds will attract investment and strengthen the rupee in coming days. Easing rules for manufacturing entities for raising funds overseas may bring short-term relief, but it will be counterproductive in the future. Addressing structural deficiencies is important. Reducing friction in the domestic credit market will ease the reliance on short-term capital flows.

A vibrant market in bonds and offshore derivatives is indispensable in immunising the economy from external shocks through the debt channel. A competitive fixed income segment will reduce the stress on banks, facilitate the 'Make in India' programme in export promotion, and fill the gap in the current account deficit.