The fees of doing business in India — time

Updated : December 27, 2018 02:11 PM IST
Ease of Doing Business requires government agencies to evaluate the relevance of laws.
Ministry of Corporate Affairs (MCA) services aren’t reliable at all times.
A Digital India or Start-up India is futile because of poor communication, and ageing processes on the ground.

It’s almost the end of 2018. Until this May, I didn’t know what it was to do business first hand. So, that’s one resolution I actually kept: to define a problem that users will pay money to solve. 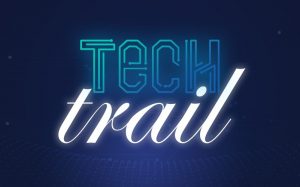 After sixteen years as a full-time journalist, the year marked a departure of sorts. On 8 September, I met up to 60 prospective customers of a business problem my co-founder and I wanted to solve. In four hours, around 40 of them checked out our product that we had tested with the audience for nine weeks. There were 18 sign-ups.

We had set a price, which was agreeable to these good folks. More importantly, we found out a number of product features that prospective customers thought were much needed. Even if we couldn’t afford to add these features, we learned something about what or how our product could serve unique kinds of users. Most positively, the customers’ voice—for or against the product—was music to our ears. That was a new experience.

But we decided against taking any money from the signees on that day because we were not incorporated. We could not have! The Ministry of Corporate Affairs (MCA) facility to create a limited liability partnership (LLP) was not working between June and October.

For first-time entrepreneurs like me, LLP is the most feasible route of building a legal corporate identity. It is pragmatic, especially because most self-funded ventures begin with a less-than-10 percent chance of success. Think about it: so many variables can change how we fit our product with market (customers), or the risks for a self-funded venture to consistently execute against the product-promise made to a customer. Against such odds, an LLP is an economical way with fewer compliances required for a lean team while building a business.

The magic starts with the first version of a product. Apologies for keeping the product details abstract because it is early days still. But I say ‘magic’ because all of a sudden, partners who are relevant to the goal help out. The product helps unearth these champions. They are the first seeds of our ecosystem, whose observations give us more eyes and ears on the ground.

Founders, I would learn, wake up every day trying to make that fraction of an improvement in product and process. It is also about trying to figure out how a loose bunch of six people that is not formally a team yet stay motivated to solve a problem we love. It is also about keeping that engagement going with customers, advisors and partners. September was a magical month of putting such methods to madness.

In the first week of October, the LLP application facility became available. We could apply to be a firm. Thankfully, my Digital Signature Certificate (DSC) — the electronic proof to sign documents digitally — was ready by then. For many processes like obtaining the DSC or, even to get a title verified with the Registrar of Newspapers for India (to check if a title has been taken), the government has moved online. For example, there was an option to make a video of the DSC applicant that corresponds with his or her proofs of identity like PAN card. This is particularly useful when founders may reside in different cities.

But there are two specific areas on the ground, where India’s improved ranking in the Ease of Doing Business sounds hollow. First, a system and culture of fluently communicating how regulatory processes work. For example, one regulation requires police verification of the applicant, which is not stated in the newspaper registrar’s list of documents. But bureaucrats demand it.

Be that as it may, I turned up at the Police Commissioner’s Office to apply for police verification and found a range of applicants — MNC and local company employees who are about to join the enterprises, domestic maid servants, NCC and NSS students. But there wasn’t so much as an arrow painted to connect the counters where application forms are available, or where the fee needs to be paid. The applicants had to ask each other and act on the best guess.

It’s not as much frustrating as it is sad to see police staffers —adults — rummage through paper files to find the application of a person against his ID proof, through the week. Can their tasks be made easier using data-analytics? For example, my passport-renewal process in June this year had already entailed police verification. Did I have to go through the whole grind again? I didn’t mind that, but imagine how the staffers could have saved their own time instead of going through the file of all December 5th applications for police verification like me.

Yes, by now, I was at the beginning of December. It had taken two months for the firm to get incorporated.

On our product, we want it to be accessible across media formats, which means complying with publishing regulations. This required us to bow to the Registrar of Newspapers for India (RNI), a timeless wonder. Its laws were made in 1956 by amending the Press and Registration of Books Act 1867. We are talking British Era, when the imperial power wanted fewer voices out there to amplify details — or to slow down the Press.

At the time of writing, my RNI application file for a title has moved five desks within the same room of the executive magistrate's office. That took a week! Sitting in that office in Kandaya Bhavan, it is yet to travel to New Delhi, after a seal and signature from Bengaluru. Then, another four weeks for the RNI to revert. In all, ease of business for us will translate to at least five months of wait for the 18 customer sign-ups.

It reminds me of what Jeff Bezos, the richest man in the world and founder of Amazon, once said: “It’s always Day 1 at Amazon”. For many ventures in India, with our regulatory apparatus, it’s always been Day 1.