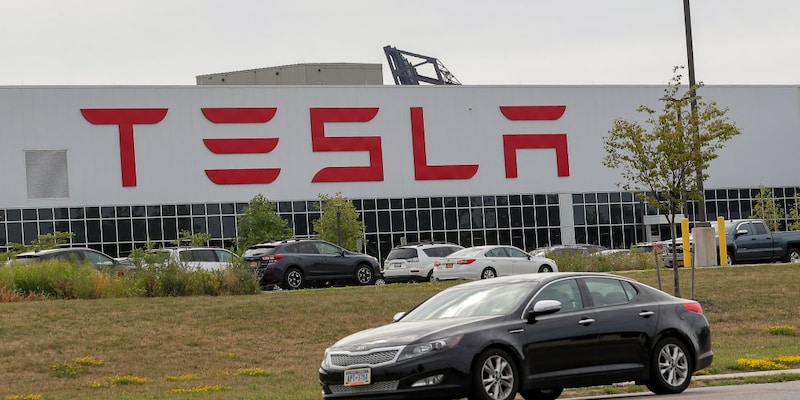 India's ability to domestically manufacture batteries will determine the success of its EV and grid decarbonisation aspirations.

India and the world sit on the brink of an electrification revolution both in vehicles and at the grid’s end. But the fulcrum of this energy system transformation rests on the ability to remarkably reduce battery cost while improving performance and overall sustainability of upstream material ecosystems.

Tesla made recent announcements at its Battery Day event that reinforced its commitment to these larger goals while improving their commercial bottom line. Three insights emerged from the many technical announcements:
But what does all this mean for India’s nascent ambition to indigenize battery manufacturing and set up its own ‘gigafactories’?
To start with, it underscores the urgency to bring actions to this ambition
. Many countries in Europe and Asia are spearheading their own goals to become the hub for battery manufacturing through fiscal and nonfiscal incentives. As such, the time to be part of an industry of tomorrow undergoing disruption is now. India is poised to capture long-term benefits from early investments while ensuring long-term energy security. A production-linked subsidy in line with the spirit of demand-stimulating measures such as the FAME II scheme may be the key to the success of this aspiration.
Sceptics will view India’s lack of raw materials as an impediment to making manufacturing truly ‘indigenous.’ But what Tesla is demonstrating is that much value can still be extracted from existing chemistries. RMI’s own analysis indicates that India can capture approximately 66 percent of the value using current battery technologies such as NMC (lithium nickel-manganese cobalt) at the cell level, notwithstanding the need to import cathode materials. Emerging chemistries may be able to capture even higher shares of value domestically.
Exhibit: Room for domestic value capture (Source: RMI Analysis)
Given the criticality of material risk, India needs to apply Tesla’s strategy of sourcing and encouraging material recycling. India can develop capabilities to reuse the majority of its battery materials, thereby limiting imports of costly ingredients while developing a domestic reserve of minerals. Some EV batteries can also serve a profitable ‘afterlife’ in the secondary market of stationary applications. Other measures to ensure supply chain security such as ownership in mining assets should be explored.
While companies like Tesla may be able to undertake vertical integration seriously, new battery companies may not have the scale for such a strategic shift. That doesn’t exclude the principles being applied at a country scale. A consortium approach tying together battery manufacturers, vehicle manufacturers (OEMs), recycling entities and R&D labs could also yield similar value. Moreover, in the case of India where EV deployment is still fairly low, having an OEM in a consortium could also guarantee certainty of offtake for the batteries.
Lastly, the first principle and technology-agnostic approach to battery manufacturing becomes critical. Technology development must be encouraged towards meeting India’s unique ambient conditions, from the performance as well as a safety point of view. Moreover, given India’s unique bottom-up approach to EV development led by two- and three-wheelers, encouragement toward manufacturing must remain technology agnostic in order to allow markets to determine technologies most apt for Indian use cases.
For Tesla, battery cost will determine success in its ambitions. And for India too, the ability to domestically manufacture batteries will determine the success of its EV and grid decarbonisation aspirations. Indian battery manufacturing promises to help secure its energy future while providing an opportunity to be a world leader in an ongoing technology revolution, in the spirit of the new mantra of ‘Atmanirbhar Bharat’.
—Akshima Ghate is Principal and Jagabanta Ningthoujam is a Senior Associate at RMI India. Garrett Fitzgerald is a Manager at Rocky Mountain Institute. The views expressed are personal.
Check out our in-depth Market Coverage, Business News & get real-time Stock Market Updates on CNBC-TV18. Also, Watch our channels CNBC-TV18, CNBC Awaaz and CNBC Bajar Live on-the-go!