Street style caught on camera: Blogger Scott Schuman of The Satrorialist talks about his new collection on India

Updated : September 13, 2019 05:58 PM IST
The New York-based blogger says Indians have an innate sense of style.
Schuman has been collecting images from India for about a decade.

Scott Schuman, 51, will need no introduction if you are in the business of fashion or just plain fashionable. The New York-based Schuman was among the world’s first street style bloggers. The photographs on his blog, thesartorialist.com, captured men and women with an individualistic sense of style. His photographs — intimate, candid and spontaneous — proved to be so popular that he was soon working with top-notch fashion brands. thesartorialist.com is possibly among the most visited fashion blogs around, and he has over 1.1 million followers on Instagram. One can also find his works in the permanent collections of the Victoria & Albert Museum and the Tokyo Metropolitan Museum of Photography among others. Over the years, Schuman has also endeavoured to document ethnic style, including in India. His latest collection of photographs, The Satrorialist: India, will be out in October. Here, he talks to CNBC-TV18.com about observing the use of plaid at Crawford Market in Mumbai, his idols, and how his new book came about.

You have been visiting India for several years now. Has it influenced your personal style in any way?

I’d like to think the influence has been abstract, in the way I see things. If you go to Crawford Market (in Mumbai), for example, you’ll see groups of porters using plaid in different ways — head wraps, shirts — and that was a discovery for me. I have also closely observed how men wear shawls, especially in Kolkata, the way they drape it over their shoulders. There is both a certain elegance and nonchalance about them. 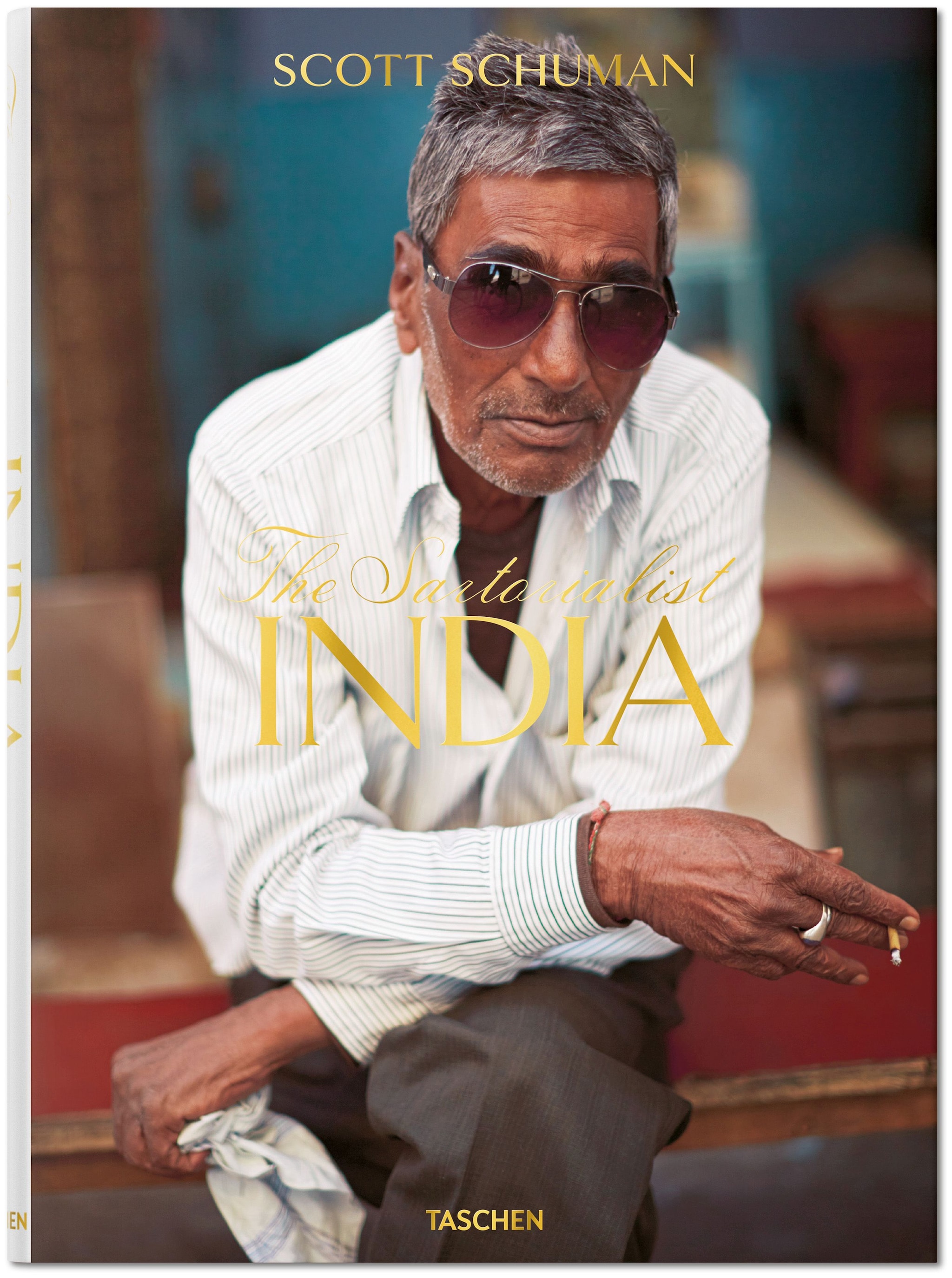 Do you ask your subjects for permission before you shoot their photographs, or do you just go with the flow?

I mostly go with the flow; shoot first, talk later. In India, I don’t blend in. I stand out, especially at the kind of places I frequent. There is very little talking most of the time. So people see me, and I’m fine with that. But I do give myself and my subjects time to get used to my presence. There is this non-verbal communication between me and them, and it’s worked fine all along.

You have pioneered a whole new genre of photography, but growing up did you have any idols, especially among street photographers? 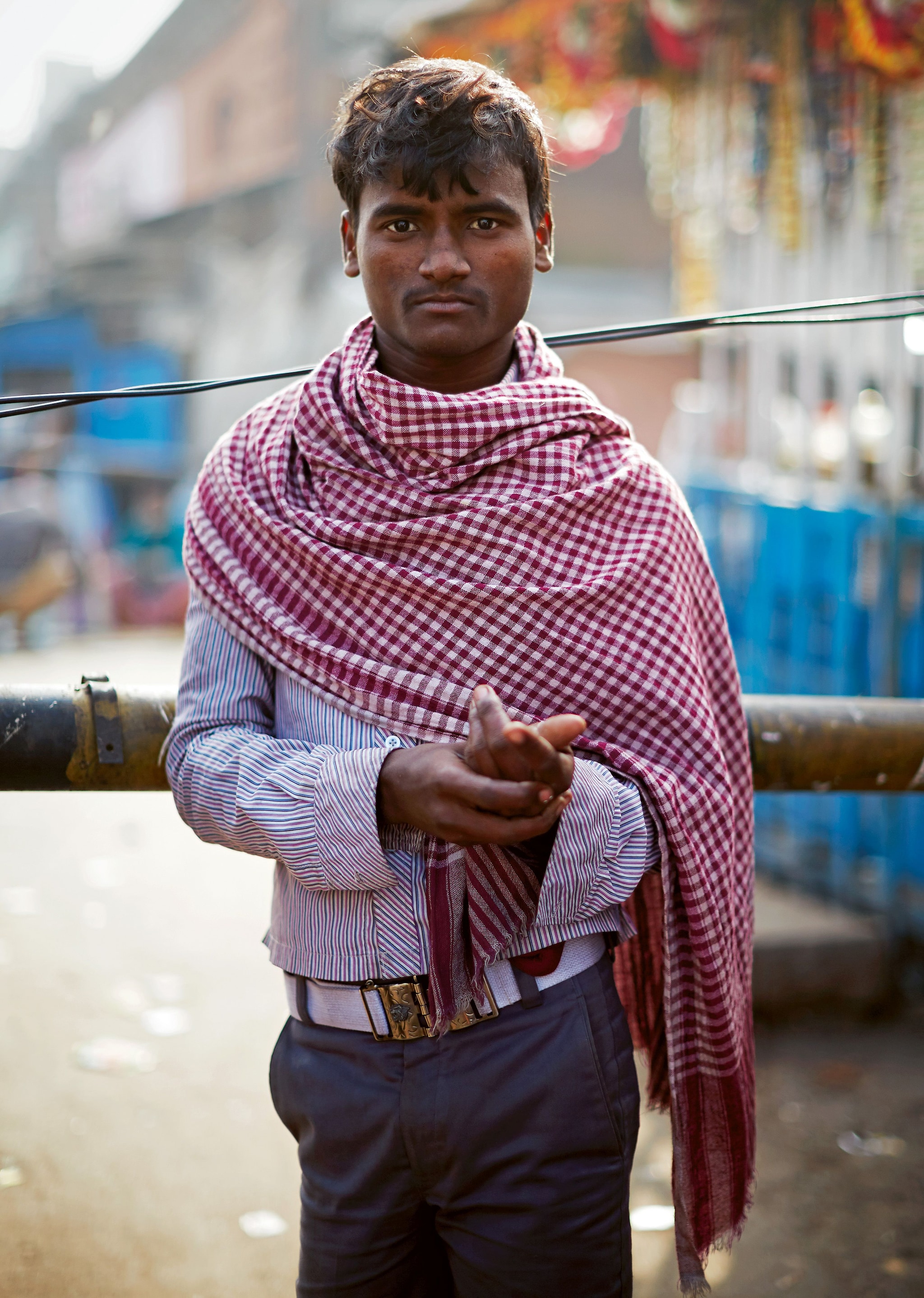 What is about India, or, for that matter, South America that you find different from the rest of the world?

These two places have incredibly diverse ways of life. If you take South America, you have the Amazon where people have been living a certain way for hundreds of years, and then you have Rio which is all jet set. America, or China, or even Mongolia, to a large extent, does not offer that kind of diversity to a photographer like me.

You probably shoot tons of photos in a day, but how many actually pass muster?

Not too many, say, about three to four photos on a good day. But, even when I’m busy with projects, I do make it a point to head out of my home in New York and see what I can get. At the same time, I don’t feel the need to post on my blog or on Instagram every day. I don’t think my audience needs to be fed daily, and they appreciate that.

Which, according to you, is the world’s most stylish city?

That would have to be Milan. They do a narrow band of style, but they do it very well; different variations of the same theme, essentially. It is all the more remarkable considering it’s a small city, with a population of less than 1.5 million.

What is unique about style in India -- both the north and the south?

I’ve always wanted to photograph real people in different cultures going about their daily lives. Indians have an innate sense of style. There is languid air about them, a visual vocabulary that has remained consistent and not been obstructed by Communism like in Russia or China. How did The Sartorialist: India come about, and where all did it take you?

I have been collecting images from India for about a decade, and about three to four years ago, I decided to get serious about it and come over and shoot. This is by no means an encyclopaedic endeavour. I wish I had the opportunity to travel to the north east. But, on the other hand, I’ve been to Kashmir, Punjab, Banaras, Orissa, Pondicherry, Jaipur, and spent time at race courses, wrestling tournaments, markets, music festivals… Most people didn’t know who I was, of course, but there were times when I was recognised, and that happened in upscale neighbourhoods in Mumbai and Delhi. And I think it’s come out pretty well. I remember this once when I was shooting at a flower market in Kolkata, I spotted this young kid. He had a nice face and a good haircut. He was carrying a bag full of flowers and probably worked there. I asked him for permission to shoot his photograph, and after I had shot it, I wanted to take a few more photos since in the first photograph, I had shot him against the light. But he was nowhere to be seen. When I looked closely at the photograph, I saw that there was glitter on his face, and on asking around as to the reason for it, I was told that he had attended a rave the previous night and had possibly come straight to work. I love the fact that I can sometimes capture this tension between tradition and what would probably construed as modernity. The Sartorialist: India will be released in October, and is available for pre-order at taschen.com.