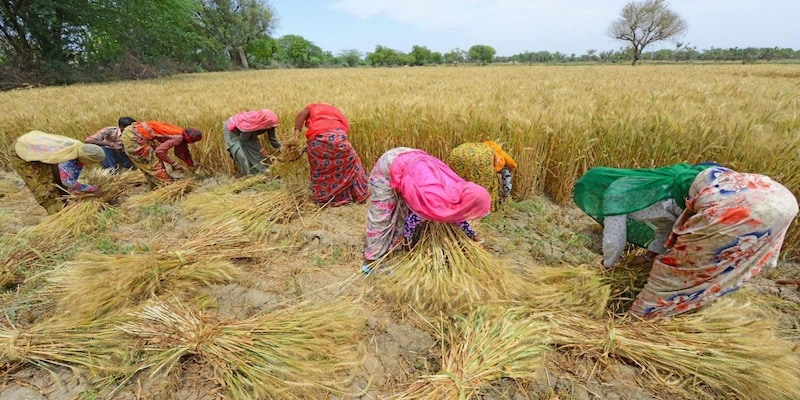 Land as a “factor of production”, along with labor and capital, remains largely underexplored in the policy discourse today.

As India gradually emerges from the coronavirus-induced lockdown, all eyes remain focused on state governments’ plans to revive the flailing economy. Various measures have already been proposed, ranging from direct benefit transfers to increased lending, but there is very little discourse on land reforms. Economics 101 recognises land as a “factor of production”, along with labor and capital, and yet it remains largely underexplored in the policy discourse today.

Land is a critical enabler for livelihood in rural areas, providing food for the sustenance of the family, while the surplus is sold for profit. Families who don’t own any agricultural land, or own parcels too small to support all members, often migrated to cities. However, with the pandemic, this no longer remains a viable option and there is uncertainty on how soon jobs in cities will revive. The overall effect is that for migrant workers who have returned back to their villages, there may not be sufficient access to land to support the extra mouths to be fed.
Land is a finite asset; it can neither be created not destroyed. It is important to maximise the utilisation of this finite asset. We propose a four-point agenda to help guide states on unlocking the potential from existing land resources:
First: Create a rapid inventory of all land parcels, and use it for Direct Benefit Transfers
Telangana was the first state to successfully execute a direct cash transfer to farmers, through its Rythu Bandhu program in 2018. This program was preceded by a state-wide land parcel inventory exercise, which updated all textual land records over a period of three months, using existing revenue department staff and a budget of Rs 60 crore.
There’s a suite of technology tools available today, ranging from drones, high-resolution satellite images to mobile phones, which can enable such a rapid exercise. Contrary to popular belief, the incidence of disputes during this exercise was less than 5 percent. As states look to implement the Pradhan Mantri Kisan Samman Nidhi (PM-KISAN) programme, as well as announce their own land records-based cash transfer schemes for farmers, ensuring an accurate database will enable maximum coverage and reach the desired beneficiaries.
Second: Reform land leasing laws, bring tenant farmers into the formal fold and allow access to all benefits
Archaic tenancy laws, meant for a post-independence era that aimed to curb zamindari and provide land to the tiller, still exist today. The result is that across most states, leasing of land is an informal activity because landowners are afraid the tenant will claim permanent ownership of the land. Informal tenants, estimated to be 30-40 percent of all farmers in some states, are left out of the system. They cannot access formal credit, subsidies or welfare benefits for the land they lease. A study in Telangana showed that the largest proportion of farmer suicides linked to agrarian distress were among tenant farmers.
While a few states have adopted the Model Land Leasing Act, little has changed on the ground. The current crisis is a clarion call to adopt more progressive land leasing laws and bring more farmers into the formal fold. States should run massive communications campaigns to promote land leasing for a fixed period of 5 years and allow the leasing farmer to directly claim various welfare benefits, without claiming ownership to the land.
Third: Promote implementation of Forest Rights Act for tribal communities, and allow access to all benefits
As per the 2011 Census, over 20 million households across India belong to Scheduled Tribes, who are among the most economically deprived groups in India. The Forest Rights Act, 2006 recognises their right to claim titles to land that is being used for farming or cultivation. However, less than 10 percent of ST households have received individual land titles, and only 76,174 communities have received community land titles.
The Forest Rights Act, 2006 empowers families who have received their land pattas to benefit from farmer welfare schemes, and also makes them eligible to sell their produce in the Agricultural Produce Market Committee mandis at government prescribed prices and avail formal bank credit. It is, therefore, critical for states to fast-track the implementation of the Forest Rights Act, 2006 and enable the remaining 90 percent households to access farmer welfare benefits which can go a long way in boosting rural incomes.
Fourth: Promote inclusion, transparency and grievance redressal mechanisms
In planning for land reforms, it is pertinent to assign special attention towards protecting the interests of the more vulnerable sections of the society, such as women, Dalits and tribals. In many states, women’s names are not recorded in land records despite women forming a large part of the agriculture workforce. This prevents them from accessing welfare benefits and credit.
Among Dalits and tribal communities, existing power and caste dynamics in local communities often prevent them from securing land ownership. As states embark upon land reforms, the socio-economic realities of the vulnerable groups must be taken into account, and they should promote transparency and ease in accessing land records, combined with a responsive grievance redressal mechanism.
While land reforms are often politically difficult, they can no longer be ignored. Rural India is facing an unprecedented challenge as its link with urban India is temporarily ruptured due to the prevailing situation. This has led to both- a need and an opportunity to turn focus to land reforms. State governments must recognize the significance of land as an asset to rural livelihoods and deliver on this front. Without this structural reform, we cannot hope for a robust rural recovery.
—Shreya Deb is Director, Investments (Property Rights), Omidyar Network India. The views expressed are personal
Check out our in-depth Market Coverage, Business News & get real-time Stock Market Updates on CNBC-TV18. Also, Watch our channels CNBC-TV18, CNBC Awaaz and CNBC Bajar Live on-the-go!