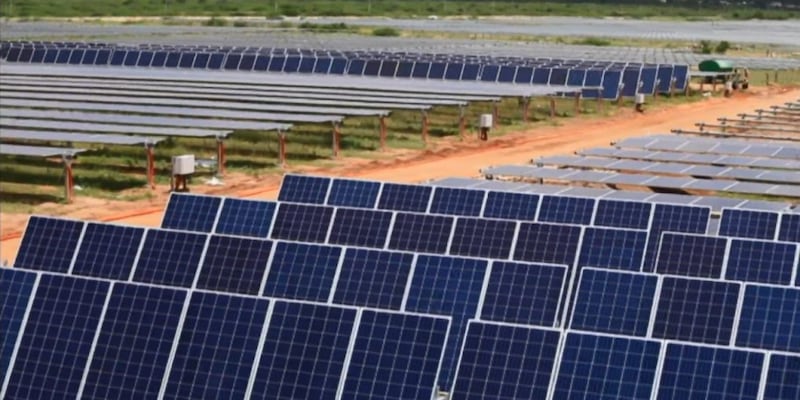 The growing anti-China sentiment offers India an opportunity to bolster its geopolitical relevance by leveraging its expertise in clean energy.

China’s credibility globally has been greatly diminished by the opaqueness of its handling of the COVID-19 pandemic and concerns over its expansionism. This adds to criticism over the predatory economics of its Belt and Road Initiative (BRI). These developments have accelerated the growing scepticism over the value and viability of multilateralism, typified by rising barriers to global economic integration. However, despite the erosion of faith in globally integrated supply chains, the growing anti-China sentiment offers India an opportunity to bolster its geopolitical relevance by leveraging its expertise in clean energy. The partnership agreements signed on India-led initiatives such as the One Sun One World One Grid and the promotion of solar pumps at the recently-concluded World Solar Technology Summit (WSTS) are evidence that India has the confidence of the world.
Clean energy and geopolitics of the 21st century
Energy has been inextricably linked with the material progress of nations. Domestically-available coal powered the Industrial Revolutions of Britain, France, and Germany. In the 20th century, regions endowed with the world’s oil (and later gas) reserves, particularly the Middle East, became battlegrounds of geopolitical influence and sources of import dependence for much of the world. This includes India, with dependence to the extent of 85 percent and 53 percent for its oil and natural gas requirements respectively (in FY 2019-20).
The rising share of solar and wind power have added a new dimension to the geopolitics of energy. Renewable energy contributed the largest share of power sector-related investments, which accounted for 40 percent of the $1.9 trillion in global energy investments in 2019. Unlike geographically-concentrated fossil fuel reserves, clean energy resources, particularly solar, are widely dispersed throughout the world’s tropical and sub-tropical regions. While this offers resource-rich developing countries a potential pathway to energy security, the large-scale deployment of solar and wind energy has been geographically limited. China and India accounted for 60 percent of developing country renewable energy investment flows in new generation capacity in 2019.
India’s leadership in clean energy, built on the back of policy support and robust market design, could show the way for developing countries around the world. A collaborative approach of demand aggregation across markets and leveraging India’s experience could attract the capital flows that propel the developing world towards greater deployment of clean energy. India already has the basic architecture in place to facilitate cooperation amongst emerging economies through the International Solar Alliance (ISA), where it plays the role of first among equals.
Roadmap for India’s clean energy multilateralism
India can leverage its practical expertise in clean energy to support developing countries in creating ecosystems attractive to international capital. Business enablers such as solar parks have been successful in attracting international investments, whereas innovative utility-led rooftop solar business models promise to greatly increase rooftop solar penetration. Catalytic financial solutions such as government agencies underwriting power purchase agreements have been effective in mobilising private sector investments. India’s expertise in project execution can contribute too, with the ISA—NTPC partnership agreement enabling India to implement solar projects in the least developed and small island developing countries.
The ISA can take the lead in marshalling the necessary capital flows. One of the primary areas in which the ISA recognises its competitive advantage is aggregation for green capital, bundling projects across countries to attract capital in large transactions with preferential terms. Sustainability is increasingly percolating the investment mandates of capital in the global North. Financiers with combined assets under management of more than $1 trillion have committed to divest from thermal power since 2013. The India-led ISA could and should bundle investment options for green capital by matching emerging economy clean energy-related projects with funders.
Further, as the world decouples from China, India has the opportunity to cement a leading role for itself in clean energy manufacturing supply chains. However, India’s PV manufacturing industry requires systemic market-making interventions: evidence-based and targeted fiscal, financial, and non-financial support mechanisms to address specific sources of competitive disadvantage for domestic manufacturing relative to imports. The initial impetus to domestic manufacturing can act as a stepping stone to an industry that produces not just for the domestic market but for the world.
Bolstering existing foreign policy
India’s clean energy multilateralism could also galvanise its existing Act East policy. Large markets such as Indonesia, which have not yet deployed renewables at the pace desired by their ambitions, could greatly benefit from cooperation with India. Countries such as Malaysia, Thailand, and Vietnam have made great strides in PV manufacturing—India could apply lessons learnt from these countries to bolster its own industry. Greater engagement in the South-East Asia region would strengthen India’s position as a global leader of the energy transition, with influence beyond its own borders.
India’s clean energy multilateralism is based on cooperation and collaboration, creating mutually beneficial outcomes for both seekers and providers of green capital. Not only could India’s leadership help the world build back better for the 21st century, it can breathe a new lease of life into multilateralism itself.
—Arjun Dutt is an associate, and Kanika Chawla is the Director of the Centre for Energy Finance at the Council on Energy, Environment and Water. The views expressed are personal
(Edited by : Ajay Vaishnav)
Check out our in-depth Market Coverage, Business News & get real-time Stock Market Updates on CNBC-TV18. Also, Watch our channels CNBC-TV18, CNBC Awaaz and CNBC Bajar Live on-the-go!