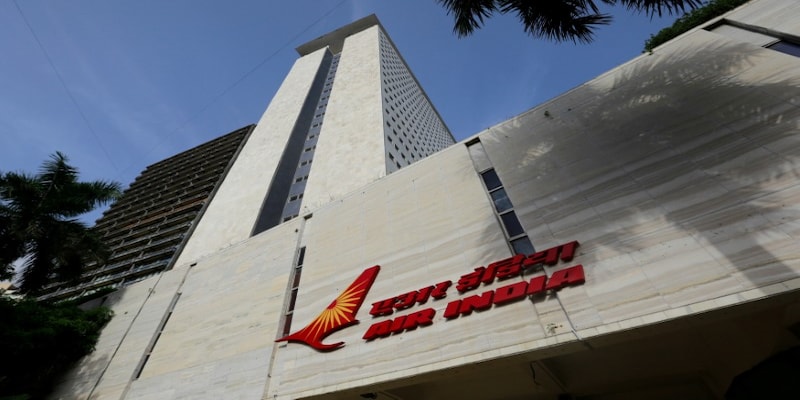 The sale of Air India shows the government has finally realised it is the citizen’s right to run a business. The government’s job is to ensure proper regulation.

From nationalising Air India to selling it to the best bidder—the country has seen a remarkable change. The sale of Air India marks a great day for India. The Tatas got their crown jewel back, through a bidding process that was transparent and competitive. The Tata Group won only after it met all the conditions laid down by the government.

It is also a great day for the country when the government clearly demonstrates that it is not its job to run business—but to govern and ensure all citizens get to enjoy the rights and benefits guaranteed by the Indian Constitution.

A government-run Air India has accumulated losses estimated at more than Rs 75,000 crore, with the government investing nearly Rs 1,10,000 crore, and it is possible that by the time the carrier changes hands, the losses mount to over Rs 1,00,000 crore—a huge amount for a poor country like India where many citizens are deprived of the basic necessities of life.

The government has decided that it will have control over strategic sector PSUs, which are essential to further the interest of the country. But it will not meddle in business and definitely not run businesses that are best run by private enterprises.

When the Constitution was adopted in 1950, we were to be a country where economic freedom was guaranteed. Slowly, the government of the day which had a socialist-leaning decided that the public sector should have the “commanding heights” of the Indian economy. There was nothing wrong with such a policy because at that time India possibly did not have enough capital and there was a role for the government in infrastructure and heavy industries.

But where the government erred was not letting the private sector grow and suppress private capital.

Historically, India has been a rich country, mainly because of trade and the entrepreneurial genius of her people. We started becoming poor when colonization began and we were exploited and looted.

No country has become prosperous without a free-flowing economic system. Since 1978, even Communist China has practised capitalism, albeit with a socialistic flavour, and it has paid them rich dividends.

With the sale of Air India, the government has reversed one of its first big mistakes, which was taking over the airline.

There are several other entities like Air India which have to be sold. BSNL, for instance, was once valued by analysts at over Rs 4-5 lakh crore but has now become a pale shadow of itself. It is a marginal player in a sector where it once enjoyed a monopoly. Frankly, no consumer is interested in BSNL because of its uncertain services, legacy technology as well as far superior quality of services offered by other players in the telecom sector.

There are a number of areas where the government has to take bigger and bolder steps. If one looks at the non-performing assets (NPAs) in the banking system, the public sector banks (PSBs) have accrued a great majority of gross NPAs of around Rs 15 lakh crore. And, the government had to pump in Rs 3.5 lakh crore of taxpayers’ money into these banks as part of capital infusion.

Private sector banks too have made similar mistakes but not at this scale, and they have been quick in raising capital. Yes, we had some banking failures like Yes Bank but they are too small compared to the NPA crisis in PSBs.

But why did PSBs suffer this problem in the first place? Because they were captured by crony capitalists with the support of politicians, who made sure their own economic interests were well-served.

Also Read | Storyboard: A rebirth for Air India and its Maharajah?
Lessons to learn

A question can well be asked: Why can’t the government run businesses? One has to listen to what Mahatma Gandhi said, “Jish desh mein sarkar vyapari hai, uss desh main janta bhikari hai (where the government is doing business, people will be beggars).” And, the reasons for this are clear.

The sovereign government of the day has all the powers to make rules, and it will take care of its interests. When the government runs a business, no citizen can compete against it—because the government can easily shut them out.

At one point, the civil aviation department was known as the department for Air India; it was hostile to consumers, kept India out of international markets, did not allow competition, made sure people got shoddy service, had no choice and suffered.

It was only when private players entered the game, we realized what good airline service is. The aviation sector saw growth, consumers had a choice, travel costs came down, and one could fly to many more destinations.

The telecom industry had a similar story. We had antiquated technology, extremely bad service, high prices, long waiting lines and corruption, and no hope of things getting better. Since the sector was opened up, India now has the highest data consumption in the world per smartphone—and at the lowest rates. Calling charges have almost disappeared and services have improved by leaps and bounds. Competition creates magic and ensures citizens get superior service—all through history, this is how economies have been transformed.

Businesses need to operate under a regulatory framework to protect consumers. The job of the government, especially in a capitalist and democratic economy, is very simple. It has to make sure that it has a regulator/regulatory body to oversee the conduct of businesses and ensure the protection of consumer rights.

What is then the role of the government in a democracy? The government should govern the country and discharge its main functions—defend the borders, maintain law and order, ensure timely dispensation of justice, maintain the currency and manage foreign affairs. It should also deliver public goods like health and education to the have-nots. It should create a good regulatory framework to improve economic activity and foster competition.

In 1947, India was the biggest economy in Asia. From 1950 to 1980, India only grew at 3.5 percent a year—the world grew at 4.5 percent a year—and became one of the poorest countries in Asia because of bad, anti-private sector policies.

A country needs to create an environment where citizens can engage in economic activities and the government plays the role of the regulator—and not where the government runs a business and competes with citizens. A government exists for its citizens, citizens do not exist for the government!

The sale of Air India shows the government has finally realized it is the citizen’s right to run a business and the government’s job is to ensure proper regulation. This is a great day for India, and Air India.