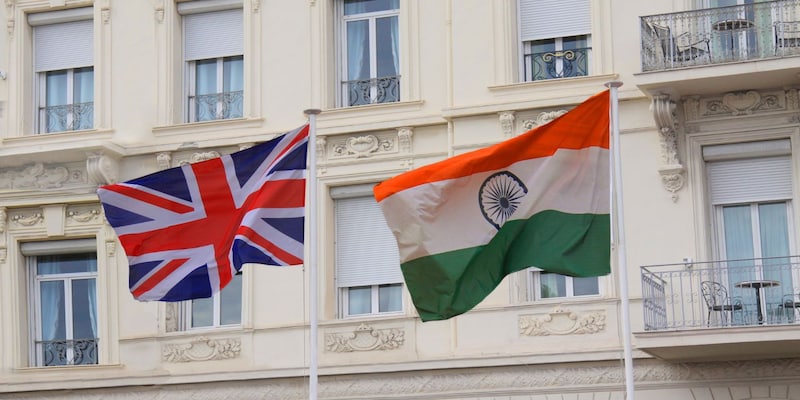 Since the negotiations are a give and take, any change to something agreed earlier can bring potentially a change to other areas that had brought agreement. Through the morass and the mess over the FTA, migration is the new push that has upset the earlier balance.

The Free Trade Agreement between India and Britain is, we are now told, still being negotiated, after it was said to be nearly a done deal by Diwali. Agreement had been reached on all of the 27 areas taken up at the start of the talks, in time for some grand announcement by Diwali in the presence of both prime ministers.

The change of prime minister in Britain of course changed all that. It is apparent that there are critical aspects now being renegotiated. And since the negotiations are a give and take, any change to something agreed earlier can bring potentially a change to other areas that had brought agreement. Through the morass and the mess over the FTA, migration is the new push that has upset the earlier balance.
It is a balance that British Prime Minister Rishi Sunak had pledged to upset through his 10-point plan on migration. Read Clause 7: “Giving migration a more prominent role in our foreign policy, with aid, trade and visas conditional on a country’s willingness to cooperate on returns.” Returns, that is, of undocumented migrants. The largest number of such migrants in Britain are from India, the big trade deal on the table is in India. Between the two, together with Rishi Sunak’s policy, add up to the big new hurdle in the way.
Britain has blamed India for not doing enough, through the chosen hawkish Home Secretary Suella Braverman. India has said it has made all the moves it had to, and that the ball is in the court of the British government. This is not an impasse easily surmounted. For a start it is not clear just who all these undocumented migrants are. And then, it is seriously disruptive to uproot people living here for years and years, with homes, and with children going to school in Britain.
But India too has a demand on migration that appears more difficult to understand than it could be for Britain to accept. India wants more opportunities for its students and professionals to move to Britain. It’s an odd counter to Britain’s demand — that the one thing India wants above anything else is for Britain to take more of its brightest and best.
Also Read: London Eye | The knives are coming out for Rishi Sunak
British officials in India are doing that already, through some active head-hunting by its deputy high commissioners and other officials in India. The new government in Britain is resisting this Indian demand, it wants to link the movement of Indian professionals with a commitment from India to take back undocumented migrants. Short of that it would seek to limit movement of professionals from India. Britain might for its own reasons be seeking for itself what India ought to be seeking for itself.
Whisky
That new balance to be found over migration could well upset the provisional balance reached over goods and services earlier. Britain’s prime demand is reduction of tariffs, and higher quotas on import of Scotch whisky. The Scotch Whisky Association has lobbied the British government long and over this, and if the earlier agreement were to last, done so successfully. The Indian government is believed to have accepted British demands substantially for more Scotch with a cut to the present 150 percent duty on it.
India is the world’s largest market for whisky, and it’s the second largest market for Scotch whisky. India imported 136 million bottles of Scotch whisky last year. Not enough, say the Scots. They want a deal to triple that under the FTA for a start. It argues that larger volumes even with lower tariffs would increase tax earnings for Indian states.
By way of goods India is believed to have negotiated more room in Britain for its textiles and garments. Again, an odd demand from India, which cannot compete here with cheaper imports from other countries. There is in any case no hunger for Indian textiles in Britain to match India’s thirst for whisky.
Patents
And now fresh worry has arisen over agreement on a leaked draft indicating agreement on a British demand on generic drugs. Britain wants to limit India’s production of generic drugs, that poor people around the world depend on. Medicines Sans Frontiers has warned that any concession made by India to this British demand will hurt millions around the world for whom generic Indian drugs are a lifeline. Britain is looking for continuing extension of patents to bring more profits to its Pharma firms.
Some early harvest agreements had been expected earlier on matters not very contentious to grab as it was said the low hanging fruit. That was amid optimism that there could be a full harvest by Diwali. As it turns out, we have neither. With the fresh negotiations, new worry has arisen that India may end up giving away too much for too little.
Also Read: London Eye: Rishi Sunak becoming UK PM is nothing short of a miracle
Check out our in-depth Market Coverage, Business News & get real-time Stock Market Updates on CNBC-TV18. Also, Watch our channels CNBC-TV18, CNBC Awaaz and CNBC Bajar Live on-the-go!