Updated : October 15, 2019 03:50 PM IST
The London-based House of KARL LAGERFELD makes a tentative entry into the country through a collaboration with Cover Story.
The collection, to be sold via select Cover Story stores, is designed in London.
In the next six months big-ticket brands such as the British shoe label Kirk Geiger, marque jewellery brand Tiffany and grooming brand WOMO are making their India debut.

Despite all talks of an economic slowdown and their own slow start and growth in India, global luxury and fashion brands seemingly haven’t yet given up on the country. In the last two months, we have heard about a slew of international brands slated to enter India, either through collaboration with another brand or on their own, rather on the back of established luxury players in the country.

In August, Tiffany announced its Indian debut, almost a decade after we first heard that the marque jewellery brand is exploring the market potential. Tiffany will set up two stores – one in Mumbai and the other in Delhi, in a joint venture with Reliance Brands. Reliance Brands has brought to India a slew of premium and luxury brands such as Coach, Burberry, Bottega Veneta and Hugo Boss, and is growing its brand portfolio and their retail network slowly. They seemed to have learnt crucial lessons from Genesis India’s tough times (a company they later acquired). Genesis, in a show of sheer bravado, not just brought in a rash or global brands but also set up far more retail stores than what India’s still-nascent luxury market could support. 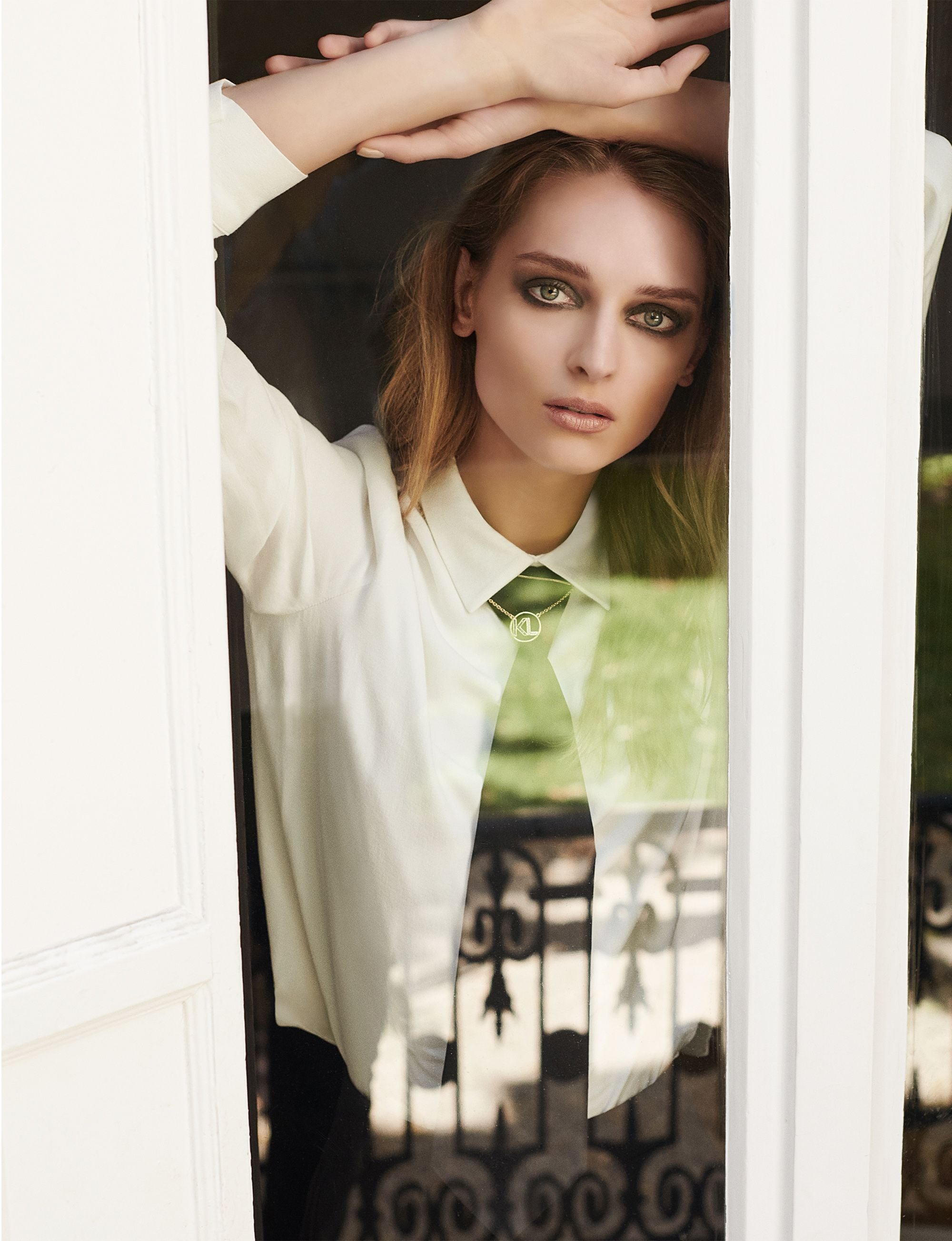 Maison KARL LAGERFELD is making its debut through a well-crafted collaboration with Cover Story, an established Indian premium fashion brand.

While the uber-luxury end sees very rare entrances, the premium-to-luxury segment is far more buoyant. Maison KARL LAGERFELD is making its debut through a well-crafted collaboration with an established Indian premium fashion brand, Cover Story. A special-edition collection of women’s ready-to-wear fashion and accessories for Fall-Winter 2019 and Spring-Summer 2020, made for India but created in London, will be sold through a few stores of the upscale brand from the Future Group, which sells western wear designed in, well, London. Besides mega metros of Mumbai, Delhi and Bengaluru, the limited edition collection will be sold in stores in cities such as Ahmedabad, Pune and Hyderabad. 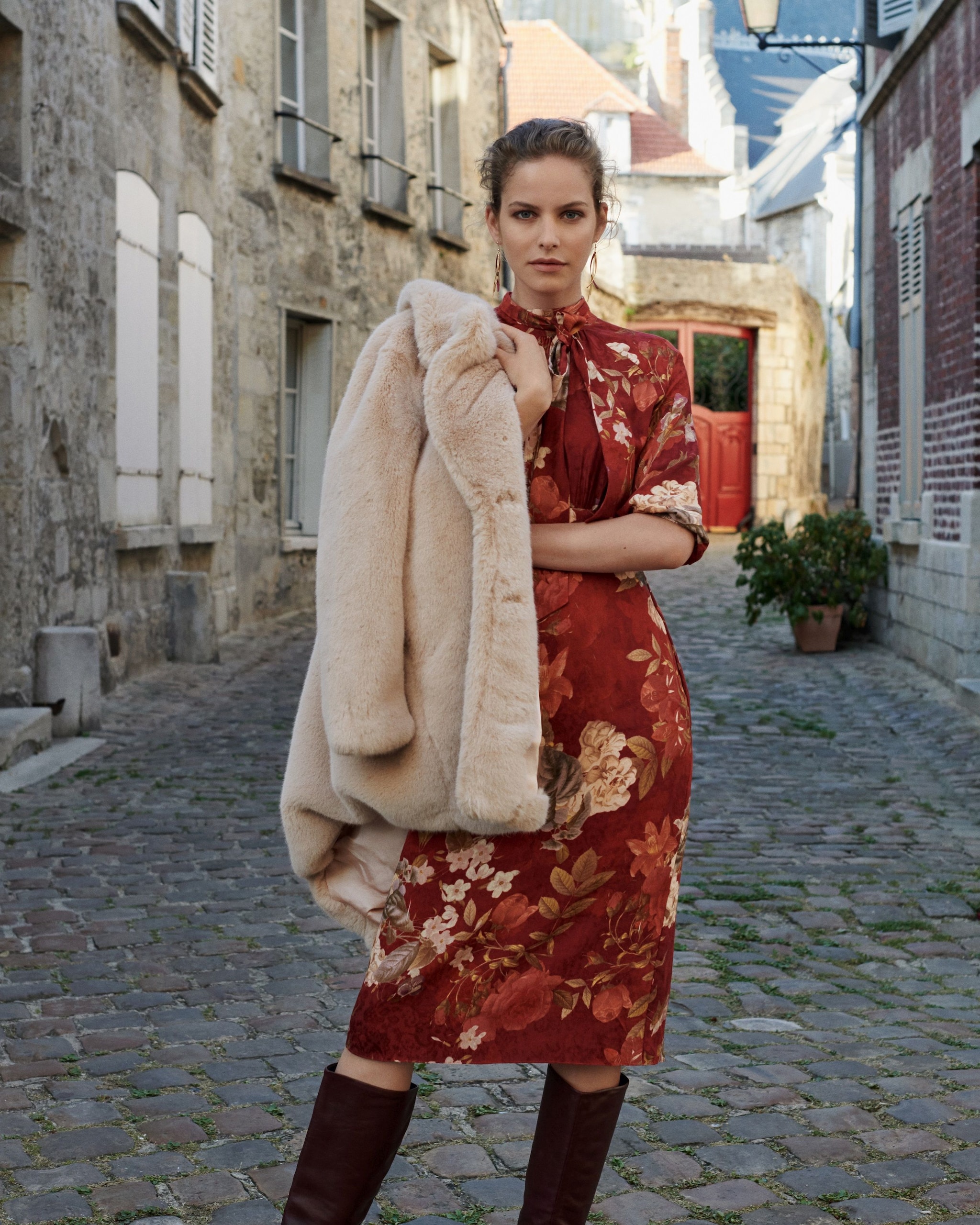 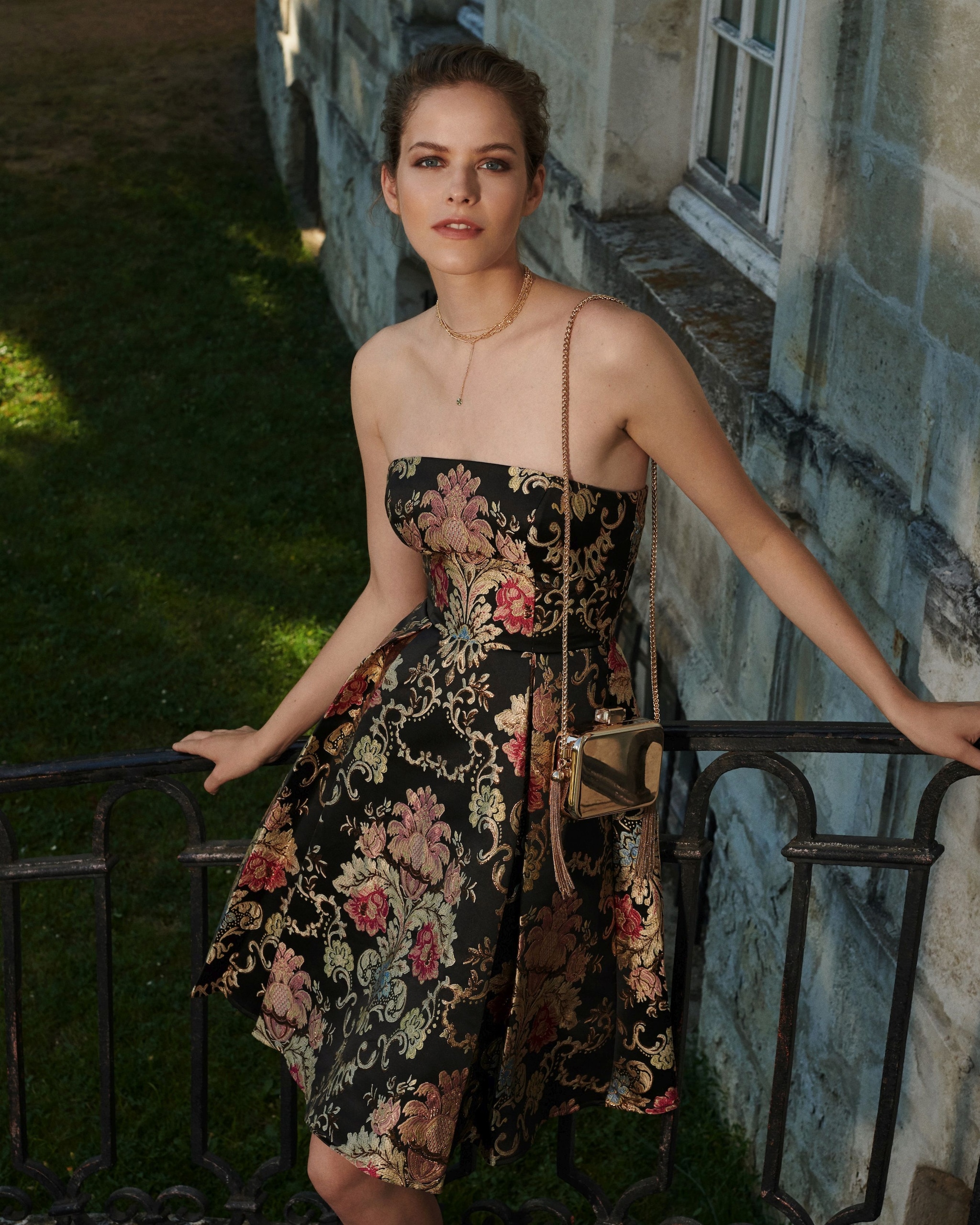 Manjula Tiwari, CEO of Future Style Lab, who was in Mumbai for the groundwork, is rather gung-ho about Lagerfeld’s entry into India. “The collection is very global. The idea is to introduce the best of international fashion to India, but tailored for the Indian customer, whether it is in shape, colour or even fabrics that work for our weather. While scaling the operations for Future Style Lab, I realised there were lots of opportunities for international quality fashion. That is how we had conceived Cover Story to occupy the premium end of the Indian market. Our retail strategy also positions us next to some of the best high-street and luxury brands in malls. Maison KARL LAGERFELD approached us in London. The collaboration has been in the works for the past year.”

Rooted in a black and white palette, the collection is very international in its cut and styling, which will set it apart during the festive season when the Indian market is awash with flamboyant colourful garments even on the designer/premium end. “There has been no attempt to play around with the House of KARL LAGERFELD’s DNA, which ensures that the clothes look like they have been bought in any world city in Europe or in London,” says Tiwari. “Even someone in Pune or Ahmedabad should be able to access global fashion without actually having to travel to say, London, to buy a KARL LAGERFELD. This was the last collection that the designer Karl Lagerfeld himself supervised before he passed away.”

The contemporary “pared-down collection”, as Tiwari describes it, is a blend of several styles – Parisian classics, the rock-chic style that’s popular in London, and classic tailored silhouettes. Fabrics such as cotton and poplins have been embroidered with beadwork and sequins.

The buzz in the market

The premium-to-luxury market is showing movement not just on the clothing front. The accessories segment particularly shoes are positively on the upswing. Just this week, niche luxury shoe brand, SJP by Sarah Jessica Parker launched in Mumbai. The high-glam shoe brand, from the woman known for her turn as a shoe-obsessed writer in the famous Sex and the City series, will be sold through in the cities of Mumbai and Delhi. 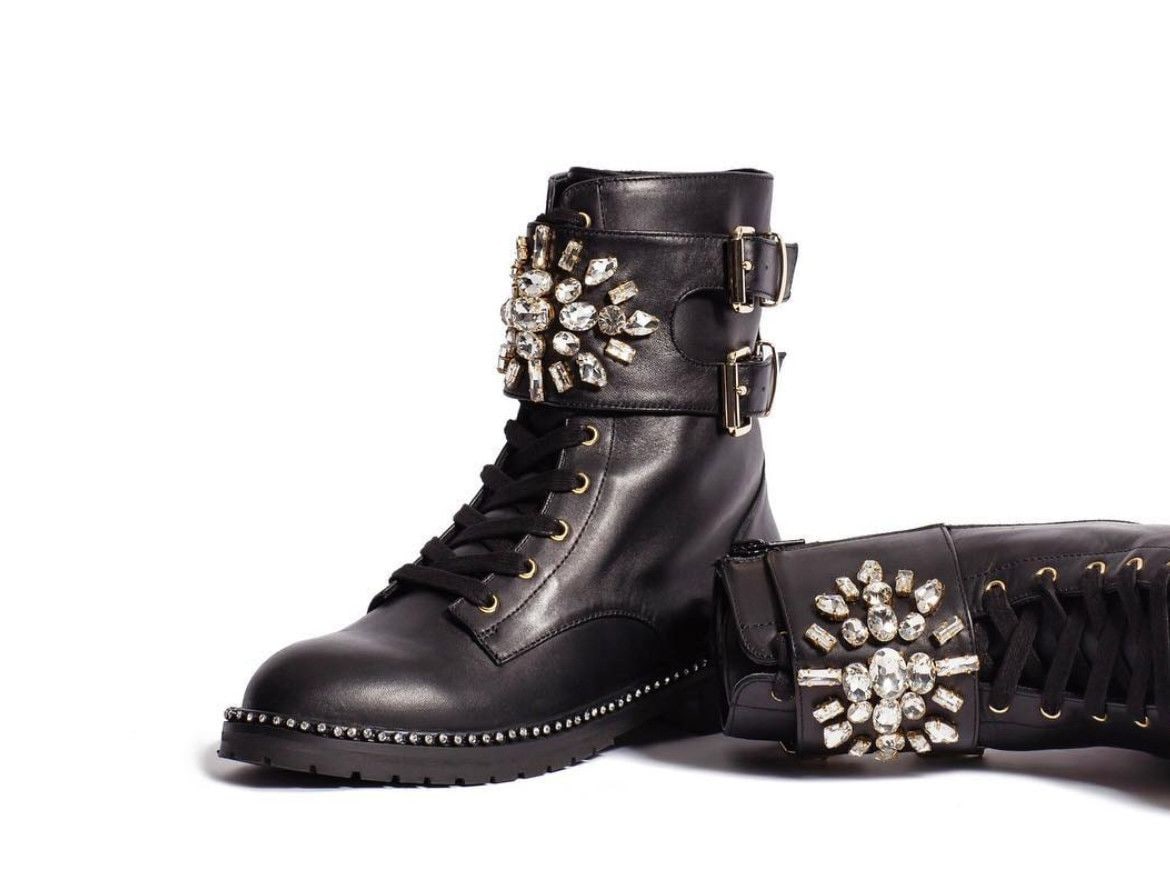 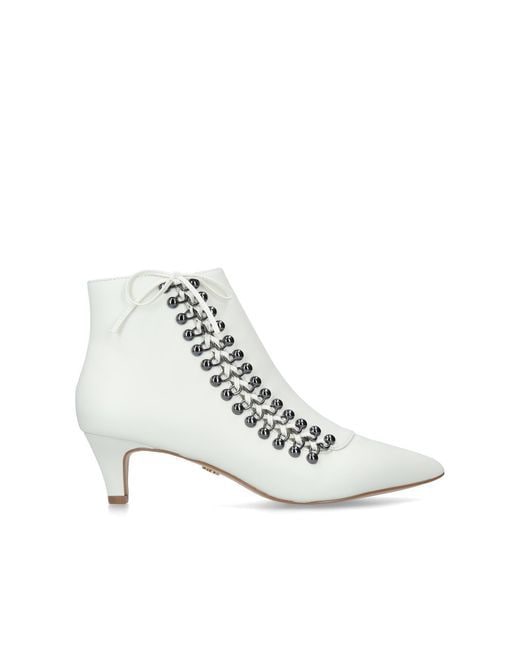 One of the most exciting launches at the end of this year is the independent British shoe brand, Kurt Geiger, which partners with Reliance Brands. The first Kurt Geiger store will open in Delhi, and Mumbai follows soon after. Since it opened its doors to the style-conscious London crowd in the iconic Bond Street in 1963, the brand has seen its shoes fly off the shelves. The best-selling Briton heels, a red-carpet favourite which has been worn by celebrities such as Sandra Bullock and Jennifer Lawrence, is a rather unusual choice for a market like India that hasn’t yet matured to a level that say, London, New York, Singapore, Berlin or even Beijing has. Kurt Geiger shoes hold their own against Christian Louboutins, Jimmy Choos and Manolos. The label’s Rita Boot, a lace-up with hooks, eyelets and the famous kitten heels, has inspired several clones. The brand itself is worth upwards of $589 million, with over 80 stores worldwide. Geiger’s creative director Rebecca Farrar-Hockley glamorous designs are hitting the spot, but are considered too edgy, particularly in the topline range.

McKinsey’s new report, The State of Fashion 2019 predicts that India will see at least 300 global brands opening either exclusively or in collaboration over the next two years. India's fashion market will be worth $59.3 billion (about Rs 4.12 lakh crore) in 2022, making it the sixth-largest in the world and comparable to Britain ($65 billion / Rs 4.51 lakh crore) and Germany ($63.1 billion / Rs 4.38 lakh crore), it states. Substantial middle class

While the economic slowdown is visible across the board, Tiffany’s CEO Alessandro Bogliolo says the Indian market is huge and boasts a substantial middle class. It is the aspirational middle class which has driven the luxury market across the world in the last few years. “The Indian market has been quite volatile over the past decade, but it has begun to settle down and matured. There is now a critical mass of consumers for luxury global brands.”

The fashion business in India is still unorganised with formal retail accounting for just 35 per cent of sales in 2018. Its share is likely to reach around 45 per cent by 2025. Anita Balchandani, a partner in McKinsey’s London office and author of the report, says, “Despite structural challenges that include inequality, infrastructure and market fragmentation, we expect strong economic growth, scale and rising tech-savviness will combine to make it the next big global opportunity in fashion and apparel.” 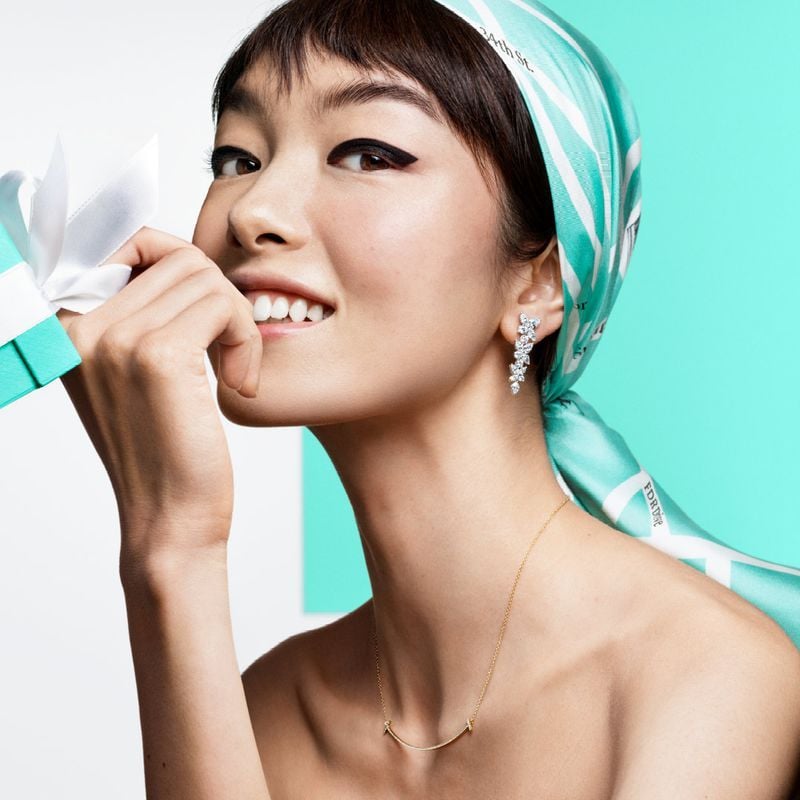 While a lot of brands have suffered due to their badly thought-out retail policies, their patronising attitude towards the local shopper and an inability to understand the complexities of the Indian consumer, many luxury businesses have begun to see an uptick. Sales have been slowly trudging upwards. Gucci sneakers are the rage and collaborations like H&M-Moschino last year and now the Cover Story-KARL LAGERFELD one, have helped bring luxury to a wider audience. At Select CityWalk Mall, bridge-to-luxury brands have grown at 5 to 6 per cent in the last one year. Maybe not too significant, but when the market sentiment is low, new launches, collaborations and some growth help shore up the premium-to-luxury market.

Coronavirus Impact: Markets decline over 1% in 4 of 5 sessions this week; Sensex plunges 2,500 points