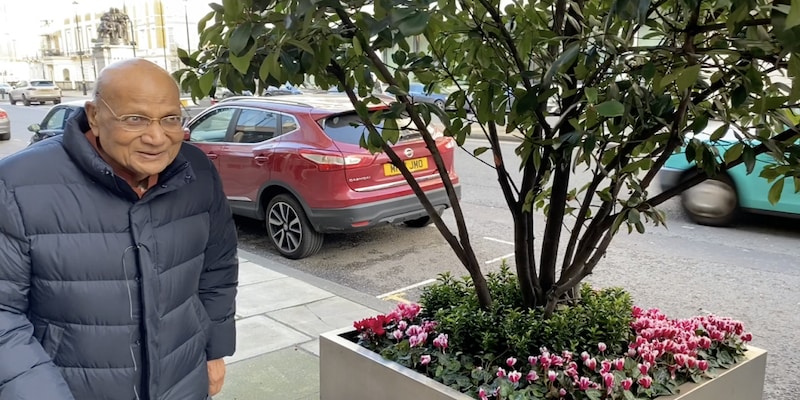 No democratic government is allowed easily to send back or to detain undocumented people who’ve been around for a long stretch - this would be considered inhumane. The length of that stretch varies.

Just what might anyone outside of India be making of this whole citizenship crisis. For a start, not very much. Not many are looking, thankfully. It’s Christmas season, the national debate in Britain is switched off even Brexit, due at last now in just about a month, to such matters as a lawyer’s right to kill a fox in his garden. But also, no one is looking because it’s not clear what to make of this citizenship mess. The world does not necessarily share India’s obsession with acronyms, so a state of NRC followed by the CAA topped with the NPR is sure to get people to look away. India is engaged in an acronym of acronyms, it’s getting ‘nrc-caa-npded’, as difficult to understand as it is to say. It all adds up to a hazy picture everyone’s too lazy to unscramble at this time of the year.

But some bold lines within the picture stand out. One, coincidentally or otherwise, the Indian government’s attempt appears to mirror the Israeli model. This parallel is much discussed among the actively concerned, and appears a good thing or not depending on which side of the political divide you view it from. Israel has a state policy of offering sanctuary and citizenship to Jewish people from around the world who have faced or fear persecution. Also, Israel has a 20 percent Arab Muslim population but makes no matching offer of citizenship to Muslims from neighbouring or any other countries who may persecution. It believes it must offer a home to its own because no other country would. A perceived need to limit migration is another broad stroke that stand out – every country does. Trump’s dreamt Mexican wall stands high in the American debate, but immigration desks at airports around the world build up to the highest immigration wall there is. Every country maintains a register of citizens, and determines its own ways who should or shouldn’t be on it. Gulf countries offer limited migration but almost never citizenship. Dozens of countries have built detention centres for recently landed and even more recently caught migrants, and none is in a hurry to embrace them as new citizens. Enough here to point to from the right side of the ideological fence.
But on the other hand no democratic government is allowed easily to send back or to detain undocumented people who’ve been around for a long stretch - this would be considered inhumane. The length of that stretch varies; in Britain it was 14 years until recently but there is now no more a set period after which migration becomes legal. That some things arguably valid cannot be done because it’s too late, is legally accepted principle over migration – or suspected migration.
The British government presented India a demand last year to take back 75,000 illegal migrants. India disputed the documentation and argued “humanitarian considerations” against taking so many people back, not least because most by now have children who were born and have grown up in Britain. No stated connection has been made yet between the issue of Indian migrants in Britain and other possible migrants to India at the centre of the current Indian debate. But other than Israel, and now India, no one appears to declare religion as a basis for selection.
The final broad stroke clearly visible could be vague on detail but is definite in its impression – that India is beginning to look like an unsettled if not unstable country. And that can be no good for business at a time when both the EU and Britain are competing to step up business ties with India. More than uncertain lists, India needs more investment and more spending. Those take an environment of ease and confidence, far from the unease gripping India these days. In this environment official summons to lists suggesting that in ease of doing business only 100 countries or whatever may be ahead of India instead of 150 earlier will not bring in dollars. These lists can change, and they will. It takes in any case only one country to be ahead for something to happen somewhere else.
London’s Swraj Paul Walk
Take a short walk from Oxford Circus towards Regent’s Park and you’ll pass three little trees along the way that tell a story. The story is written on plaques below that not many stop to read. The trees facing Ambika House were all planted by Lord Swraj Paul. He stepped out into the cold last week to tell CNBC-TV18 the very personal story that these trees tell. The first of these stands dedicated to his daughter Ambika who died as a child, the second to his son Angad who died recently, and the third to Indira Gandhi, who was a close friend of Lord Paul. And so the street can flag for us the most momentous times in the life of arguably India’s best known and certainly longest known NRI in London.
Talking acronyms (and this is a harmless one) ‘NRI’ is not how Lord Paul sees himself. “I’m 100 percent British, and 100 percent Indian, and if that doesn’t add up for you it’s your problem,” Lord Paul says, as he often has. But he is at home really in Britain, even if most of his business no longer is. India’s first man of steel in the world market gave up steel making some time back to make now mostly steel products, mostly in the US. A timely move, given the downturn in the steel market following years of upheaval. Within Britain, much of the history of the country over the past half century overlaps as his story. Lord Paul saw the country join the EU as a businessman back in 1973, to watch it depart now come end of January 2020. The trees don’t tell you all that; they speak of the man, not the businessman.
London Eye is a weekly column by CNBC-TV18’s Sanjay Suri, which gives a peek at business-as-unusual from London and around.
Read his columns here.
Check out our in-depth Market Coverage, Business News & get real-time Stock Market Updates on CNBC-TV18. Also, Watch our channels CNBC-TV18, CNBC Awaaz and CNBC Bajar Live on-the-go!