Indian Bureaucracy 2.0: What the decision to hire outsiders as joint secretaries means

Indian Bureaucracy 2.0: What the decision to hire outsiders as joint secretaries means 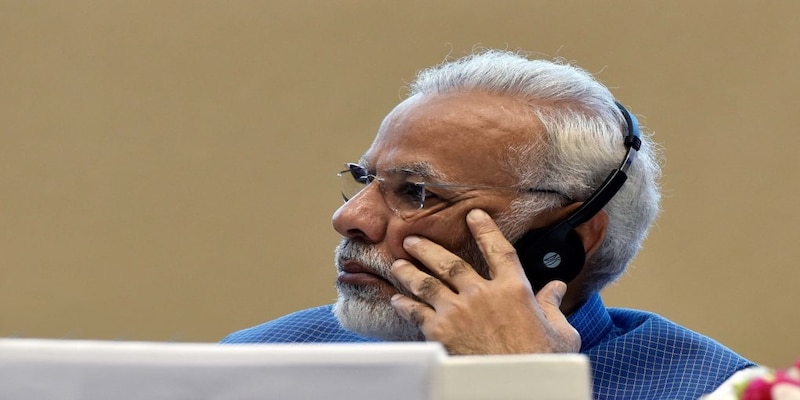 The move clearly communicates that what might have worked for the past 71 years, may not be sufficient for the future.

As someone who has been collaborating closely with the government for the past decade, the government’s decision to hire outside its ranks as joint secretaries is an exhibition of embracing change and acknowledging an existent lacuna.

Not just in India but worldwide politicians are often blamed for not taking the long view of life given their tendency to play to their term and nothing beyond. This move is yet another example of a bold and adventurous state that is not plagued by insecurities. The time spent with different government departments over the last few years has led me to being humbler about what represents the government – a clear departure from the earlier days of having an antibiotic reaction to everything in the government.
So, what is the primary role of Indian bureaucrats? Their primary role is to ensure ministries act within the boundaries of the constitution and advise them on whether any course of action is practical or feasible. Over the years bureaucracy has been playing lesser role in suggested course of action towards getting things done. The ability of the bureaucracy to think out of the box given they do have the long-term view contrary to politicians and execute has taken a backseat. The influence of changing political ideologies have taken its toll in their independent thinking and they have been playing more the role of what can’t be done than what can be done (of course barring a few exceptions). Somewhere the approach has become inward.
Just like in the corporate world, on and off infusion of fresh talent is a necessity to ensure there is diversity of thought and action, to challenge status quo and stereotypes, to infuse new ideas and best practices believe it’s imperative for our bureaucracy to follow suit. While we have had conversations earlier of the possibility of bringing in outsiders from the private sector – seeing this being actualised is beneficial for five reasons.
One, this signals an appetite for
change – It clearly communicates that what might have worked for the past 71 years, may not be sufficient for the future. It indicates an openness to learn and improve the effectiveness of the government functioning with an outside in view. Two, it’s an opportunity to bring in a culture of meritocracy and accountability which is likely to shift focus from activities to outcome. Three, the infusion of private sector talent is also expected to contribute by way of relevant subject matter knowledge, specialised experience and domain networks which are key ingredients in getting things done. Four, there are many professionals in the private sector who have secured themselves and built their credibility to a level from where they are eager to contribute and active participate in serving the country rather than simply being a bystander. This is a unique opportunity for them not only to influence, but also to make change happen. Five, it challenges the great divide (including lack of trust) of the private and public and brings in an atmosphere of empathy and understanding around the strengths of bureaucrats and that of private sector professionals which can potentially be a force multiplier towards achieving said goals.
When the inherent strengths of the private sector professionals are marinated with that of the traditional bureaucrats (which is undeniable),  it creates the ideal recipe of transformation of Indian Bureaucracy to one which has a noticeable action bias towards nation building. However, this move shall be effective provided we are mindful of the following:
There needs to be absolute transparency in the selection criteria – in essence for each role there has to be well laid out qualification and experience criteria of relevant industry or roles. This shall ensure that the right person gets hired for the right role. From the outset there has to be absolute clarity around the goals that are being assigned to the individuals within the period of three years to judge the effectiveness.
Even if one is attracted to these roles – to retain and sustain their motivation clarity around goals is a must. The likes of Nandan Nilekani, Raghuram Rajan, Arvind Pangariya were able to make significant contribution simply on account of the fact that they were give the autonomy and empowerment they needed to deliver to set goals and objectives. Constant political intervention would be detrimental to the initiative and success of the hired professionals. And lastly, one should plan against any misuse of this opportunity for lobbying by those with vested interests from the private sector.
Like every attempt of change, I am not surprised by the kind of backlash even this move has received so far. However, it is important to bear in mind, “The tallest oak in the forest was once a little nut that held its ground.”
Rituparna Chakraborty is Co-Founder and EVP of TeamLease Services Limited
Check out our in-depth Market Coverage, Business News & get real-time Stock Market Updates on CNBC-TV18. Also, Watch our channels CNBC-TV18, CNBC Awaaz and CNBC Bajar Live on-the-go!