Updated : November 01, 2019 07:56 PM IST
The two-day IAAC literature festival proved that books are an important part of Indian-American life.
Indian authors for the newer generation of immigrant children are helping them find their place in the world.

New York is a place of new beginnings and something innovative is always happening in the Big City. The digital age may have sounded the death knell of the printed word but we are in Manhattan, celebrating new books in a new country. Indian writers and books, long unsung in the mainstream, are getting their moment in the limelight with the Wonderland@IAAC literary festival which is the fifth such event organised by the Indo-American Arts Council. Indeed, in today’s fast-changing world books are often taken for granted, not appreciated enough and not credited enough for the wonder they invoke. “Adbhuta Rasa is the rasa of mystery and wonderment,” noted Rakesh Kaul, the vice-president of the newly restructured Indo-American Arts Council. “It is in that spirit that we are excited to welcome our talented and globally recognised cast of writers. They will evoke a sense of surprise, wonder and pleasure in you through their literary creations."

This festival, organised by Indian-Americans for all those who love India, the Indian Diaspora and everything Indian in America, has had a good run in the past years, showcasing such stellar names as Salman Rushdie, Suketu Mehta, Madhur Jaffrey, Shashi Tharoor and the late Ram Jethmalani. Nearly 30 authors came together at the Hagop Kevorkian Center for Near Eastern Studies, New York University, for a two-day festival celebrating different genres of Indian writing including fiction, non-fiction, mysteries, fantasy and food writing. These authors examined many different themes including cultural identity and stories of immigration and finding their place in the world. From spice to art to science, every topic was covered.

This year there were some firsts added to the repertoire – a poetry session as well as a children’s literature programme.  After all, what is life without poetry? A wine reception was replete with the poetry and poets of the South Asian Diaspora including Ravi Shankar, Diane Mehta, Pramila Venkateswaran, Rafiq Kathwari, Subashini Kaligotla, Kirun Kapur, Tsering Wangmo, Ralph Nazareth, Monica Farrell, IndranAmirthanayagm, and Jaswinder Bolina.

It takes all kinds of Indian-Americans to make the Indian diaspora, including little people who have until now had to make do with little representation in the book world. Indian authors for the newer generation of immigrant children are helping them find their place in the world and understanding their roots. The noted art curator John Guy who presented the exhibition of the little known but wonderful artist YG Srimati at the Met, has just published a book on her art which shows the links of her work to India’s freedom movement and at the same time as a fearless woman artist who lived life on her own terms.

Another book which was showcased at the festival was ‘The Limits of the World’, the debut novel by Jennifer Acker who is the founder and editor in chief of The Common – an immigration tale from the Indian enclave of Nairobi to America.

The festival celebrated Indian-American writers and their perspectives on life. Anuradha Bhagwati, author of ‘Unbecoming: A Memoir of Disobedience’ is an activist, yoga and meditation teacher, and Marine Corps veteran. Maya Lang, novelist and author of the forthcoming memoir What We Carry, is the first-generation daughter of Indian immigrants and the author of The Sixteenth of June. A talk by Kanchan Koya, who has a doctorate in Molecular Biology from Harvard Medical School and is the founder of Spice Spice Baby, was an eye-opening link to the healing power of spices. In her book she does a deep dive into 15 spices and their science-backed benefits and shares a hundred recipes to demystify spices for the home cook.

Anjali Sachdeva talked about her elegant debut short story collection, All the Names They Used for God, which is the winner of the 2019 Chautauqua Prize and was selected as a best book of 2018 by NPR. In the introduction to her intriguing nine short stories, she writes about life, “Wonder and terror meet at the horizon, and we walk the knife-edge between them.” 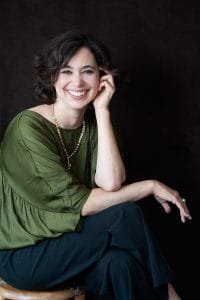 Author of the bestseller The Last Queen of Kashmir, Rakesh Kaul, has written an intriguing new novel titled ‘Dawn, the Warrior Princess of Kashmir’, a science fiction saga which takes you into the future, to Kashmir where many stories begin.

In an in-depth discussion, he said that he was attempting to create a whole new universe in each chapter: “I am honouring the feminine, which is in you and me. The story, in a sense, attempts to honour the feminine energy - shakti - which is in all of us.”

Actor Anupam Kher who is currently starring in NBC’s ‘New Amsterdam’ series and has over 500 films to his credit, has the new book Lessons Life Taught me, Unknowingly, after his inspirational book, The Best Thing about You is You. The new one takes on the scepter of failure and turns it into a conquering sword. In a chat with Nirmal Mattoo, the president of IAAC, Kher spoke engagingly about his life, tough times and the power of humour in facing life.

Perhaps the most refreshing part of the festival was the emphasis placed on the future readers (and leaders) of America. The children’s lineup was presented with The Culture Tree founded by Anu Sehgal. 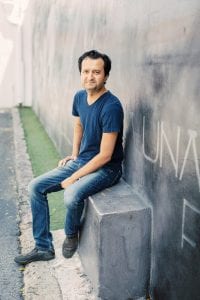 “We all know there is a huge diversity gap in children’s books in America. People of colour make up 37 percent of the US population, but only 10 percent of children’s books published in the past 21 years include multicultural content,” noted Sehgal.

There was a superb line-up of Indian-American authors who through their children’s books address issues of roots and growth, racism and identity. All these authors grew up in a very different America and are finding positive answers for their own young children in a changing country.

Raakhee Mirchandani: Award-winning writer, editor and pediatric cancer crusader whose book Super Satya Saves the Day is inspired by her own spunky daughter Satya, a cancer survivor. Mona Sehgal’s book Under the African Sky, the story of an Indian-American boy who struggles to reconcile his Indian heritage with his American childhood. Veera Hiranandani whose book The Night Diary is a 2019 Newbery Honor Award winner and was named a 2018 Best Book of the Year by the New York Times; noted actor Sheetal Sheth with her first children’s book Always Anjali which has won the 2019 Purple Dragonfly Book Award Grand Prize.

A taste of homeland

Authors from India are also giving American children a taste of their homeland: Kavita Bafana introduced Namaste Jaipur, part of the Namaste Series of books; Roopa Pai, author of the eight-part Taranauts, India’s first original fantasy-adventure series for children in English and the award-winning The Gita For Children, listed by Amazon among its list of ‘100 Indian Books To Read In A Lifetime’. 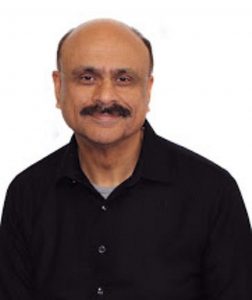 For young readers there were interactive sessions by Kulture Khazana, Little Ustaads and Culture Tree’s performance of Ramleela through puppets. The festival concluded with awards for young people in a literary contest about growing up bicultural in America, presented by the Consul General of India Sandeep Chakrovorty, Anupam Kher and sarod master Amjad Ali Khan.

There was even a Hindi touch in this festival of books in English with a talk by Susham Bedi, author of nine Hindi novels and short story collections. Maybe other regional languages will be added in future festivals.

The two-day IAAC literature festival proved that books are an important part of Indian-American life, with many new authors of adult and children’s books sharing their American experience through words.