President-elect Joe Biden had pledged that his team would look like the real America – and he is staying true to his word in thoughtfully selecting a cross-section of diverse, multiracial talent representing the country’s changing demographics. There are a number of Indian-Americans chosen for the new Biden-Harris administration.

Maju Varghese, who was the CEO and Senior Advisor in the Biden-Harris campaign, has been named as Executive Director for the U.S. Presidential Inauguration Committee, and will be handling the many cogs of this giant apparatus. He is the son of immigrants from Kerala and has been on the Biden team from the start. Earlier he had served in the Obama Administration.

Neera Tanden, president of the think tank Center for American Progress, has been nominated as Director of the powerful Office of Management and Budget, a cabinet post for which approval will be needed from the Republican-controlled Senate. Tanden is the daughter of Indian immigrants and would be the first woman of color and the first South Asian American to lead OMB. A native of Bedford, Massachusetts, Tanden received her Bachelor of Science degree from UCLA and her JD from Yale Law School. 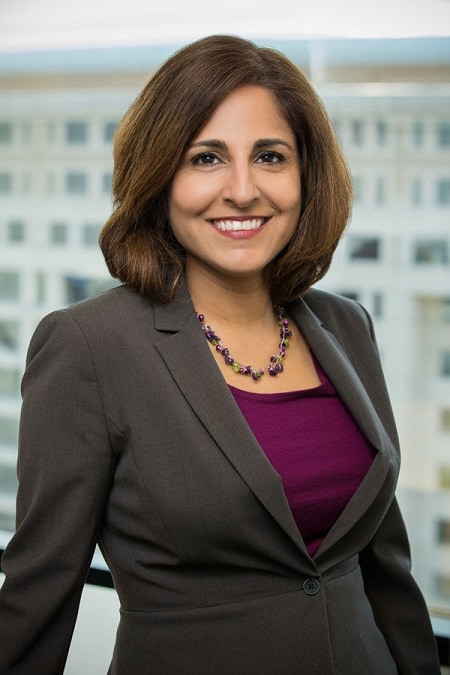 She currently serves on the New Jersey Restart and Recovery Commission, and had served as senior adviser for health reform at the U.S. Department of Health and Human Services developing policies and provisions of the Affordable Care Act, as director of domestic policy for the first Obama-Biden presidential campaign.

Without a doubt, the devastation caused by the Covid-19 infection is the primary challenge facing the new administration as they try to bring normalcy to healthcare and the economy.

Dr. Vivek Murthy, former U.S. Surgeon General under the Obama Administration, has been chosen for the same position in the Biden Administration. He is ‘America’s doctor’, and has held the rank of Vice Admiral of the Public Health Service Commissioned Corps. As co-chair of Biden’s Covid-19 Advisory Board, he will advise Biden on the handling of the coronavirus crisis. Murthy is among the most trusted voices in America on matters of public health, having helped lead the national response to the Ebola and Zika viruses, the opioid crisis, and the effects of stress and loneliness on mental wellbeing.

Dr. Celine Gounder, who is on the Biden Transition Covid advisory taskforce, is the daughter of a French mother and Indian father from Tamil Nadu. She has a BA in Molecular Biology from Princeton University, a Master of Science in Epidemiology from the Johns Hopkins Bloomberg School of Public Health, and an MD from the University of Washington.

Gounder is also a clinical assistant professor of medicine and infectious diseases at New York University's Grossman School of Medicine, an internist and infectious disease specialist. Her father Raj Natarajan Gounder, who worked at Boeing, has been a source of inspiration to her and she’s set up a foundation in his village to facilitate education.

Another noted Indian physician on the Biden Covid-19 Advisory Taskforce is Dr. Atul Gawande. His parents, both doctors, came from Gujarat and Maharashtra to study medicine in New York and later practiced in Athens, Ohio. Gawande, who studied at Stanford and Oxford, is surgeon, author and entrepreneur. He practices general and endocrine surgery at Brigham and Women's Hospital in Boston, Massachusetts and is a professor at Harvard Medical School and the Harvard T.H. Chan School of Public Health. He is the founder and chair of Ariadne Labs, a joint center for health systems innovation, and of Lifebox, a nonprofit organization making surgery safer globally. He is also chairman of Haven, where he was CEO from 2018 to 2020.

Rohini Kosoglu, who is Sri Lankan-American, was named domestic policy adviser on Vice President-elect Kamala Harris’ staff. She was the first South Asian woman to serve as Chief of Staff to a U.S. Senator and was notably the only Asian-American to serve in that role during her tenure. Later as Chief of Staff to Harris’ presidential campaign, Kosoglu managed and oversaw debate preparation, policy, communications, and operations for a team with over three-hundred staff with a $40 million budget. Kosoglu received a B.A. in English with Honors from the University of Michigan and a Masters in Legislative Affairs from George Washington University. Even First Lady Elect Dr. Jill Biden has Indian-American talent on her team. Mala Adiga is her new policy director and has served as a senior advisor to Dr. Jill Biden and as a senior policy advisor on the Biden-Harris Campaign. A native of Illinois, she is a graduate of Grinnell College, the University of Minnesota School of Public Health, and the University of Chicago Law School.

Asian American voters. including Indian-Americans, played a major role in delivering Georgia to President-elect Biden and VP-elect Kamala Harris. According to IMPACT, the Indian-American advocacy group, an additional 42,000 AAPI voters voted in 2020 over 2016 and more than 30,000 AAPI voters voted for the first time ever. Biden won Georgia by just over 14,000 votes in this close race.

The elections may be over but the big challenge now is winning the two runoff senate races in Georgia on January 5 because these will decide if the Biden-Harris Administration will be able to carry out all the economic and healthcare changes it needs to make. To engage the South Asian community, IMPACT has released a promotional video “Impact,” co-produced by Meena Harris and Brad Jenkins of Phenomenal and the Asian American Advocacy Fund of Georgia. It highlights the emerging political power of AAPI voters and features prominent South Asian luminaries and public figures like Rep. Pramila Jayapal as well as popular South Asian entertainers /influencers like Kumail Nanjiani, Mindy Kaling, and Padma Lakshmi.

“November’s election made clear the burgeoning power of Asian American voters. In many hotly contested races, Asian American voters were the difference-makers,” IMPACT Executive Director Neil Makhija says. “And the stakes now are just as great. In Georgia, where control of the Senate hangs in the balance, IMPACT will harness this emerging power to help ensure Asian Americans are energized and mobilized to turnout in record numbers again.”

Indeed, Asian Americans are the fastest growing demographic both in Georgia and nationally so their impact will continue to increase. IMPACT has also launched the Brown Book initiative through which 350 resumes of skilled Indian-Americans have already been sent to the Biden transition team and Capitol Hill recruiters. Says Makhija, “Our government functions best when it reflects the rich diversity of our country – that doesn’t just mean in the candidates that represent us – it also extends to the staffers behind-the-scenes, who support our elected officials and help government agencies operate. People are policy.”