In America, vaccinating against the virus of racism

Updated : March 29, 2021 02:46 PM IST
There have been nearly 3,800 hate crimes against Asian-Americans since March 2020 in the US.
This latest racist attack has unleashed soul-searching and action amongst the AAPI community.
Many of these hate crimes have been exacerbated by the hateful language used by the previous administration, linking the Asian population to the coronavirus by referring to it as ‘China virus’, ‘Wuhan virus’ and ‘kung flu virus.’

Even as America battles the coronavirus, the virus of racism has stunned the nation with a horrific mass shooting in three Atlanta area spas where a white man shot and murdered 8 people - six of whom were Asian women. These were all working women and leave behind sons and daughters and unfinished lives.

This attack was just the latest in a difficult year for the Asian-American community which has been devastated by COVID-19 related racism and the economic fallout of the pandemic. According to a new Stop AAPI Hate report, from March 2020 – March 2021, there have been nearly 3,800 hate crimes against Asian-Americans in all 50 states, with women being the victims in 68 percent of the cases. Indeed, in spite of there being an overall 7 percent decrease in hate crimes, the hate crimes against Asian-Americans had a nearly 150 percent increase. Unfortunately, many of these hate crimes have been exacerbated by the hateful language used by the previous administration, linking the Asian population to the coronavirus by referring to it as ‘China virus’, ‘Wuhan virus’ and ‘kung flu virus.’ Words have power and the result has been violence against all Asian-Americans, irrespective of which country they trace their heredity.  The attacks over the past months have targeted many elderly Asian-Americans and women.

President Joe Biden and Vice President Kamala Harris, herself of South Asian heritage, have reacted strongly against this violence, travelling to Georgia to meet with Asian-American leaders and ordering all flags on government buildings to fly at half-mast.

As Harris said in her remarks: “Racism is real in America, and it has always been. Xenophobia is real in America and always has been. Sexism too… Asian Americans have been attacked and scapegoated. People who are perceived as Muslim know what it was like to live in our country after 9/11. For the last year, we've had people in positions of incredible power scapegoating Asian Americans. People with the biggest pulpits spreading this kind of hate.”

In his very first week in office, Biden had issued a memorandum condemning racism and xenophobia against Asian Americans and Pacific Islanders in the United States. He is urging Congress to pass the COVID-19 Hate Crimes Act and stronger gun control legislation. “There are simply some core values and beliefs that should bring us together as Americans,” said Biden. “One of them is standing together against hate, against racism — the ugly poison that has long haunted and plagued our nation.” 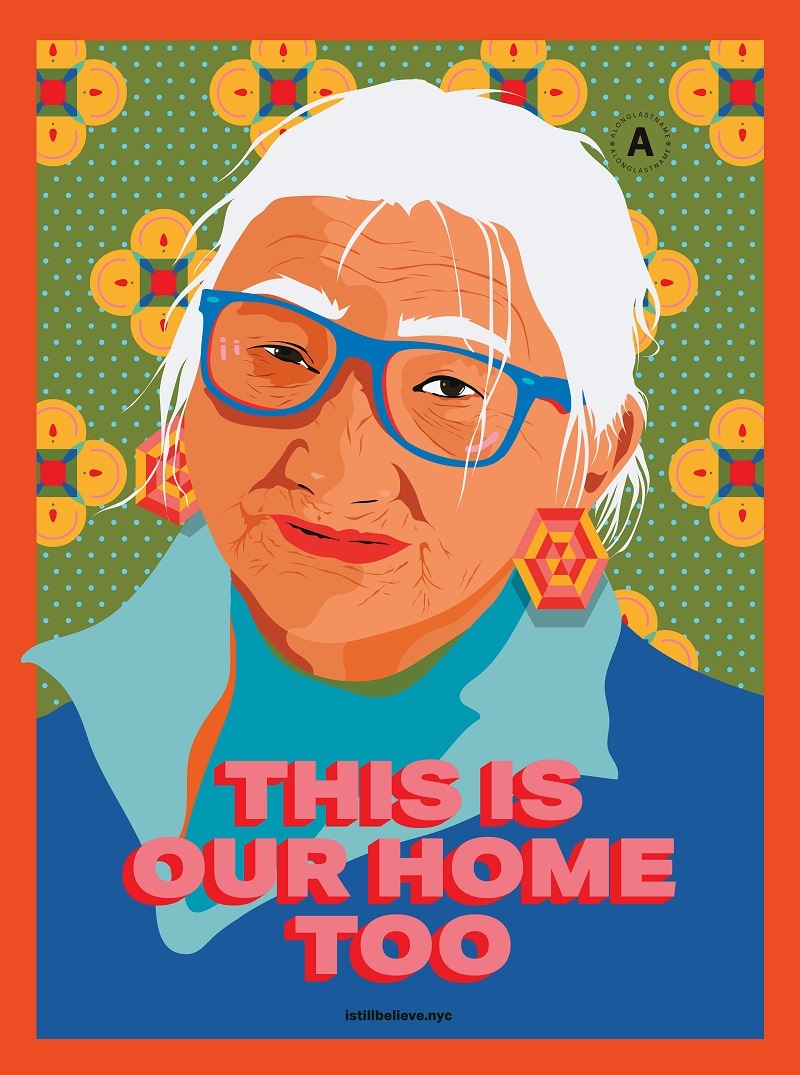 Asian Americans Advancing Justice one of the many advocacy groups, noted that this racism is not new but has been going on for centuries: “From the Chinese Exclusion Act in 1882 to the incarceration of Japanese Americans during World War II, to the forced migration of refugees from the U.S.- led military conflict in Southeast Asia, to post-9/11 surveillance targeting Muslim and South Asian communities, to ICE raids on Southeast Asian communities and Asian-owned businesses, Asian American communities have been under attack by white supremacy.”

A stunning black and white photo feature, by Yunghi Kim in Politico captured the reaction of the Asian American community: “In the signs people carried, Kim saw not only a reaction to the news but “a larger discussion—that Asians are Americans.” Some of the slogans scrawled on cardboard addressed broader issues of racist stereotypes: ‘We are not your fetish,’ ‘We are not your model minority,’ ‘We are not a virus.’”

Indeed, this latest racist attack has unleashed soul-searching and action amongst the AAPI community. The term stands for people who trace their heritage to so many different countries within Asia, and Indian-Americans and other South Asians are also no strangers to hate crimes. They have had their own histories of being the outsiders right from the 1900s when Indian immigrants were legally prohibited from bringing their wives and families to the days of the Dot-busters in the 1980s when Indians were violently attacked. Once again in the wake of 9/11 Sikhs and other South Asians were attacked and vilified as terrorists. Indian-Americans, especially younger people who advocate fairness and equality, are much more outspoken and protective of attacks on any minority community. They have been marching in vigils and calling out injustices, especially as part of the Black Lives Matter protests last summer. Social media is full of posts about Indian-Americans and their children getting involved in ‘allyship’ with the larger Asian-American and black community.

Dr Sayu Bhojwani was New York’s first Commissioner of Immigrant Affairs and is the founder of Women’s Democracy Lab. As an immigrant rights advocate, what would she suggest to Indian-Americans wanting to be allies to other Asian-Americans? She says, “As Indian Americans, we have to recognize that our strength comes in building alliances and working with other AAPI communities and communities of colour. White supremacy works to divide us, and pit us against each other. We have to work together not just in times of crisis but year-round, to ensure that all of us are truly free.”

There is now much more unity amongst Indian-Americans and other Asians, as well as all minorities as they have struggled during the pandemic and the inequities it has revealed in the health and economy of their communities. Asian-American hate crimes are being combated by the ‘“I Still Believe in Our City” public art which is all over the city on bus shelters and other public spaces. The series is the creation of Amanda Phingbodhipakkiya, an artist in residence with the NYC Commission on Human Rights, and celebrates the many contributions of Asian-Americans.

In the wake of these attacks, there have been many discussions virtually across communities about the ongoing invisibility of Asian-Americans and how in spite of being citizens, they are forever ‘the other’ and ‘foreigners’. A recent panel discussion by the Institute for Teaching Diversity and Social Justice (IDSJ) explored the historical context of racism and the urgency of talking and teaching about racism, right from pre-school. Professor Khyati Joshi, the co-founder of IDSJ, talked about the importance of Asian-Americans identifying with other groups of parents of colour, advocating for ethnic studies and social justice education. Dr Liza Talusan from the University of Massachusetts emphasized the necessity of inclusion and of telling the truth about history: “I’m asking educators to stop erasing us from the history of this country, stop erasing us from its activism and its policies.”

Indeed, the task of battling the virus of racism lies with everyone - educators, policymakers as well as all Americans.